Chair of the independent Fiscal Commission NI, Paul Johnson, talks to David Whelan about the case for the partial devolution of income tax powers to Northern Ireland, the full devolution of other taxes, and the risks associated with greater responsibility.

The Commission was tasked in March 2021 by Finance Minister Conor Murphy MLA to examine the case for increasing the fiscal powers of the Northern Ireland Assembly and making recommendations on powers which could enhance the Assembly’s fiscal responsibilities. The Fiscal Commission’s report, in May 2022, returned 23 recommendations and established a strong case for devolving certain tax powers to go alongside the extensive powers the Executive already has over public spending.

Somewhat ironically, the report, which also looks at political and public sector capacity and capability to manage additional tax powers, has landed at a time when the Northern Ireland Assembly cannot meet, and Executive ministers are limited in what they can progress.

Johnson explains that the work carried out contains parallels with similar ‘technical’ commissions previously established in Scotland and Wales, and where these regions subsequently progressed more political-focused commissions to agree a final package of change with the UK Government. The Northern Ireland Executive is currently in no position to do so.

However, the Chair of the Fiscal Commission NI is confident that the analysis provided will stand the test of a considerable piece of time, explaining that the Commission delivered a “deliberately technocratic” report.

“Tax devolution will not happen overnight. It will require time to consider, to build consensus and to plan carefully. It is our hope that all the parties will take the opportunity to consider our report as they prepare for the resumption of devolved government,” he says.

The context of the report is that while the Northern Ireland Executive enjoys control over almost all spending on public services (£9 in every £10 of ‘identifiable’ public spending), beyond business and household rates, it has little power to vary taxes and raises less than £1 in every £20 of the region’s tax revenue.

Northern Ireland’s economic performance is poor, with income per head some 25 per cent below the UK average and lower again than the Republic of Ireland. On many economic metrics, it is among the worst performing UK regions and around 90 per cent of the Executive’s public spending is financed from the block grant. While some believe devolution of taxes could help change the economic and political fortunes of the region, others point to the level of risk associated with aligning the Executive’s budget more closely to the raising of taxes within the region.

Johnson explains that full understanding of the Northern Ireland economy, a prerequisite of the Commission’s work, quickly highlighted the unfeasibility of full fiscal devolution.

“The Northern Ireland economy is very different to that of England’s, in particular, in that incomes are lower, employment rates are lower, GDP per head is lower and economic inactivity is dramatically higher. Importantly for the tax system, relative to the UK, there are very few wealthy or high-income people, with only a fraction of higher rate or additional tax rate payers, when compared to England. I think all of these things, coupled with the large fiscal subvention, immediately lead to the conclusion that full fiscal autonomy, where Northern Ireland is in complete control of all tax and spend without any subvention, is for the birds.

“However, given appropriate equalisation through the block grant, those differences need not actually impede the devolution of some tax powers. It does mean, however, that it would be highly important to get the block grant adjustments, which come with devolution and which compensate the UK Government for any tax revenues devolved to Northern Ireland, right.

“Another perspective is that with a relatively poorly performing economy, there is an opportunity for additional powers to make a real difference to that performance. We were very clear that devolving tax powers should be as much about reforming or reducing taxes in order to promote economic growth as it is about politicians potentially raising money for public services. And it is absolutely possible to design models of tax devolution that would suit the unique makeup of Northern Ireland’s economy.” 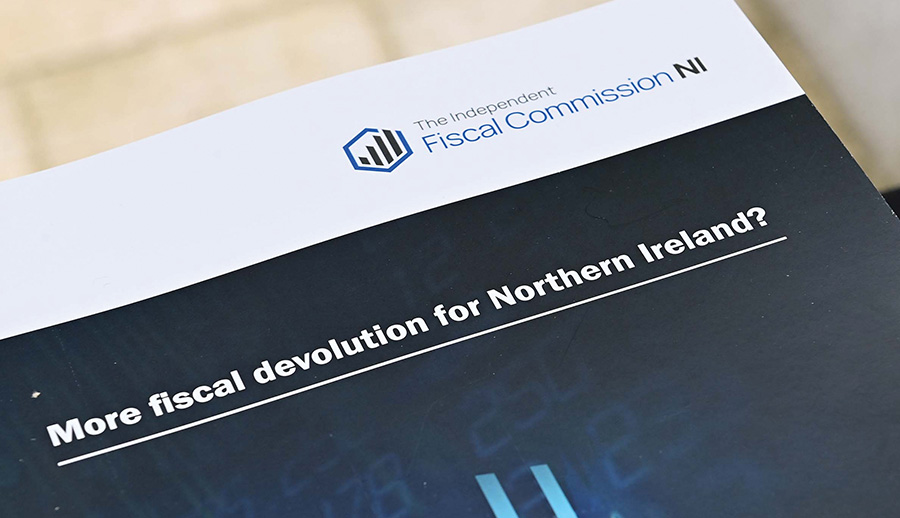 Johnson is clear that while the recommendations are for incremental and limited tax devolution, the Commission’s research highlighted that there are a lot of current taxes that are, in principle, devolvable. “A substantial fraction of taxation could, at least technically, be devolved to Northern Ireland, if that was the desire of local and national politicians,” he states.

Outlining the Commission’s reasons for recommending a gradual approach, Johnson points to the pragmatism of needing to build up administrative capacity in Northern Ireland, to reduce risk. Additionally, he suggests that the transfer of much larger volumes of revenue in the short term and to an administration which is significantly dependent on the block grant could be destabilising.

Both Scotland and Wales have negotiated ‘fiscal frameworks’ with the UK Government, essentially the mechanics of how any new powers are practically operated. These frameworks include, for example, how the block grant is adjusted, any new borrowing powers, how disputes are resolved, and tax forecasts made, given that particular taxes are devolved. The Commission’s Chair notes: “The agreement between the Northern Ireland Executive and UK Government on how fiscal devolution is actually managed is the bedrock for success. Being clear on precisely how the block grant is impacted, and the tools to help the Executive manage any new powers will be key.”

The devolution of corporation tax rate-setting powers to Northern Ireland was legislated for in the UK Parliament in 2015, but there is little prospect of it happening on the ground any time soon. A push for devolution had been long-standing, with cross-party consensus secured a number of years ago. However, the current appetite is less clear. Additionally, the UK Government has yet to outline what it means by the Executive’s finances being ‘sustainable’ – a key condition it set before commencing the powers.

Northern Ireland is uniquely positioned, whereby, the other jurisdiction on the island enjoys a 12.5 per cent corporation tax rate. Some have argued that the current case for devolution has been strengthened by the UK Government’s Spring Budget 2021 announcement that the UK corporation tax rate will rise to 25 per cent from April 2023. Even in the face of an increase in the Republic’s rate to 15 per cent, for larger firms, a big difference exists between north and south.

Johnson admits that of the over 20 taxes examined by the Commission, corporation tax was amongst the most difficult. “Our key conclusion is that there is value in the Executive seeking to complete the devolution of corporation tax. However, there is little value in the Executive simply calling for it in isolation. It needs to be agreed in lockstep with the UK Government. The only plausible reason for wanting corporation tax devolved is to lower the rate, which at least in the short run will lead to a significant loss of revenue.”

Practically, he states, UK Government approval could require quite radical promises from the Executive to either cut spending, raise other taxes to increase revenue or borrow. However, in principle, he agrees there is a case for having different corporation tax rates for poorer regions of the UK.

The Commission states in its report that there “is a case for lower rates of corporation tax in poorer regions of the UK in general and, given the proximity of the Republic of Ireland, Northern Ireland in particular”.

Johnson explains that an economic case exists but also recognises the uncertainty around the scale of impact. Johnson says: “We noted that the lower rate had clearly played a role in the economic development of the Republic of Ireland over time, but how much of a role it continues to play is unclear. What is clear is that cutting corporation tax is not in itself a basis for economic growth and would need to be part of a much wider economic strategy and package for Northern Ireland.”

Johnson concludes: “Our Commission has been clear from the beginning. While there are benefits to be had from fiscal devolution in terms of political accountability and tailoring local policies for local needs, increased fiscal devolution comes with risks. If revenues were to grow more slowly than in the rest of the UK then Northern Ireland could lose out, and it is possible to make policy mistakes.

“Ultimately, whether devolution happens or not remains a choice for politicians both in Northern Ireland and the UK, but it is our view that some tax devolution could be an important step towards a more accountable devolved government for the people of Northern Ireland.” 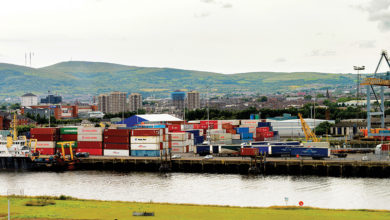