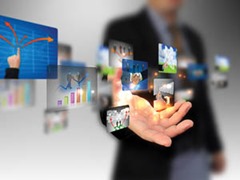 Roger Wilson is taking the lead on the local government sector’s IT transition. He has summarised the status quo of technology in the sector and its potential for improving public services.

Northern Ireland’s new councils will be able to make the best use of their IT systems by maintaining a common approach, Roger Wilson explains. The Chief Executive-designate of Armagh, Banbridge and Craigavon District Council chairs the systems convergence working group for the local government sector.

“We need to remember that the core reason we are here is because of the citizens that we serve,” Wilson affirms. When taking up his post, Wilson recognised that it was important that his diary and email system were independent of each of the existing councils in his area: “I’ve been putting the message out that this is a new council being set up, not a merger of three”.

Back in 2008, NILGA commissioned Deloitte to draw up an ICT strategy for the sector and this has become the “bedrock” for much of the subsequent work in this area. The systems convergence group is part of the improvement, collaboration and efficiency workstream and commissioned Gartner to identify the key priorities that it needed to consider.

At present, a range of different business applications in different formats are in place across local government, covering finance, environmental health, building control and waste management. Each council has traditionally operated as an independent entity with its own infrastructure but all councils are now connected to the Network NI system.

In Armagh, Banbridge and Craigavon, this allows council staff to transfer calls internally and through to central government departments and agencies for the first time, in a major step forward.

Gartner’s systems convergence report explained the importance of designing services for the citizen. IT services should therefore be simple to use, flexible and secure. While this appears to be common sense, it has not necessarily been a priority for local government in the past. The citizen should be able to access services through their preferred channel, whether that be by twitter, email or text or the traditional handwritten letter.

Local government officers should also be able to receive real-time information from virtual offices. Remote working from home – or on the way into work – should be supported by HR policies. “We need to make sure that all of the dots within the organisations join up to allow that sort of delivery,” he comments. 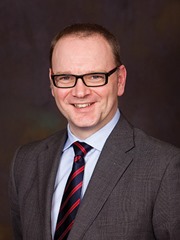 A single point of contact matters and NI Direct has been a useful innovation. “The citizen,” Wilson contends, “should be able to receive that service no matter where they choose to enter the system.”

Councillors value single sources of information and are frustrated by the lack of consistency in information coming through from government departments and other organisations. Data should be ‘coterminous’ with the new council boundaries from day one. The public also needs to have confidence that the IT systems used to deliver council services are safe and secure.

The sector also needs to develop closer partnerships with central government to promote the exchange of information and be able to change working practices to maximise the benefits of new technologies.

One major challenge for technology is to help the council to connect with citizens who may not normally engage. A slight majority of the electorate (55.3 per cent) turned out to vote in Armagh, Banbridge and Craigavon on polling day last May. The implication, he explains, is that around 63,000 potential voters were not sufficiently interested to come to the ballot box.

The current ‘digital offering’ from councils, in Wilson’s view, is functional and “fairly mundane” e.g. for booking facilities for sports pitches or reporting fly-tipping. He sees great potential in joining up data with central government e.g. ensuring that housing statistics are collated according to the sub-divisions of the relevant district.

Councils have to find new ways of connecting with citizens who are already using social media to protest about policies e.g. the frequency of bin collections.

The main challenges in the implementation process include upgrading capacity – which varies across the 26 councils – and the broadband infrastructure. Despite claims that Northern Ireland has the best connectivity in Europe, Wilson often finds his own calls interrupted by mobile blackspots as he travels within his council area and many rural businesses face the same problems with their broadband connection.

“We can’t deliver on a lot of this until we actually get the core basic infrastructure right,” he contends. “Despite all the messages that are coming out about us being so well connected, we’re not. We can’t get a 3G signal. We can barely get a GPRS signal in some places. We need to get the fundamentals. How can I have building control officers, environmental health officers [and] community workers out and about delivering services remotely if they cannot get a signal?”

Each of the 11 councils will be free to make their own decisions but a common approach to governance will be needed to make the most of efficiencies. This has been the case to date but there is the potential for IT policies to diverge again. The real ‘win’ will be a new externally-facing culture which enables IT to make a real difference to residents.

“It’s moving away from having 26 IT departments to 11 IT departments,” Wilson concludes, “and we need to be thinking much more beyond that and coming back to focusing on the citizen.”