Having established the social enterprise in 2015, Madlug CEO Dave Linton has created a corporation which has donated over 56,000 bags and suitcases to children in care. The entrepreneur talks to Joshua Murray about Madlug’s operation and plans for the future.

Madlug, which stands for ‘Make a Difference Luggage’, has grown in its seven years of operations. It has been awarded Social Enterprise of the Year in Northern Ireland in 2022, and is also a recognised UK B corporation, which is a prestigious global certificate.

Historically viewed as operating on the fringes of the economy, social enterprise is a business model whereby the business uses its profits to reinvest into the community and deliver social value. It has grown in prominence in recent years, with companies like Madlug demonstrating the ability to operate at scale.

With Northern Ireland lacking a functioning Executive, whilst adhering to net zero commitments and trying to increase the circularity of the economy, it is increasingly recognised that social enterprises have a pivotal role in delivering social value from investments in the economy.

Linton, a former youth worker, says that he decided to create a social enterprise after he saw a video of children in social care in Northern Ireland who were required to use binbags to transport their possessions when moving between foster families and accommodation.

“It was at that moment that I felt that I had to do something and doing some journeying, reflecting, looking at different models, I chose the social enterprise model as the best means of giving bags to those in need and removing binbags from the care system.”

He adds: “I knew that funding for the charity world was not getting any bigger and was becoming very competitive and I just thought that if you do business and do it well, then business works.”

“I am very proud of Madlug, over 56,000 children have been spared from the indignity of having to use bin bags whilst moving within the care system.”

Whilst Linton believes that there needs to be more government support, he has said that what was provided to him was adequate to get Madlug off the ground.

“There was mentoring and free office space. There was support from our local council and Invest NI, as well as all of the normal bodies. There were also agencies and organisations like Social Enterprise NI that gives ongoing support to social enterprises who are at our stage in the journey.”

Linton says that social enterprises are a “deeply rewarding” kind of business to operate and that, despite the challenges of inflation, the Northern Ireland Protocol and space for more enthusiasm from government, that there is room to expand the sector.

“If we were a business that had more sales into Ireland as a whole island and into the European Union, then the Protocol would be a win for us, but 80 per cent of our market is in the UK. So we are trying to work with the Protocol. If we get bigger as a company, then our administration costs will increase, partially due to the Protocol, and that is a cost to a business that others do not have to carry.”

Plans for the future

Linton says that, in the next 10 years, Madlug aims to set up operations in at least one other country, and to increase the amount of bags donated from 56,000 to 300,000.

Linton believes that the Executive, if re-established, needs to be more enthusiastic about the facilitation and potential of social enterprises in Northern Ireland.

“If you look at the Department for the Economy, they support social enterprise, in my opinion, because they feel that they have to, but they don’t show us the same value as they might do for so-called ‘proper business’.”

Linton concludes by stating that there needs to be a broad consensus reached to define exactly what a social enterprise is.

“Social enterprise struggles to define itself. It can be a community project of two or three people donating food and it having huge impact in a very small area, or it can be a national brand like ours.” 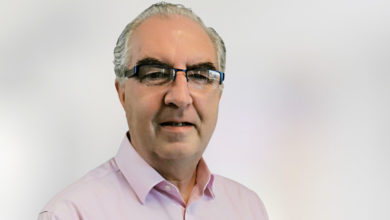 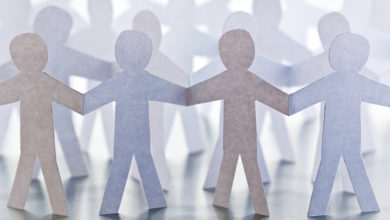 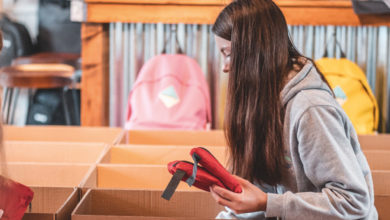