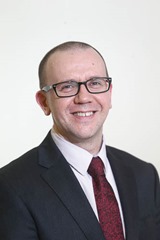 Jim Dennison, Chief Executive of Simon Community NI, explains why homelessness is a bigger problem than we may know.

Recently Simon Community NI ran a billboard campaign designed to draw the public’s attention to the worrying trend on homelessness. It said: “Many people are now just two pay packets away from losing their home. Could it be you?” Many found this statement shocking, some unbelievable. So why are so many of us on the cusp of being without a home? And, more importantly, what can we do about it?

Legal and General’s new ‘Deadline to the Breadline’ survey in Northern Ireland – a study of people’s financial standing – makes for grim reading. It reinforces some of what we already knew, or at least suspected. The headline trend is that, as a community, many of us are simply not in a place to cope with the unexpected becoming a reality.

Let me elaborate. The new survey shows that 42 per cent of households in Northern Ireland report that they have no savings. 39 per cent report that they have no back up plans in place to deal with an unforeseen shock to their income. The average level of savings and investments held by Northern Ireland households is £706. Equally worrying is the perception about how long people could cope should something catastrophic happen to their income. The survey shows that we believe that we are 72 days away from being on the breadline. The reality, however, is just 19 days.

Whilst I freely admit to not being a mathematician, it is relatively easy to quantify the scale of the challenge we currently face. Official figures from the Department for Social Development (DSD) show that the number of households who presented as homeless in 2013-2014 was 19,374. Given our population of around 1.8 million people, that equates to one in every 100 households. That is roughly the same as the entire population of Antrim town. Or Dungannon. Or, for that matter, any medium-sized town in Northern Ireland.

The scale grows substantially when we examine the uptake of the Simon Community NI’s Freephone helpline. Last year, we fielded over 33,000 calls from people who were homeless or worried about becoming homeless. That’s approximately one in every 50 people. Think about how many people you have in the contacts list on your mobile phone. Is it more than 50? If so, proportionately, one of those people may have had reason to call us.

Whilst we are concerned about the economic issues that our population faces, we can’t lose sight of other issues which can cause homelessness. They include:

• the consistently high level of family dispute and marriage breakdown causing homelessness (this is still the largest single contributor to homelessness in the UK);

• the emerging trend of homelessness becoming more of a problem for younger people (currently one in two of our clients in our accommodation is under twenty-five, with the majority under twenty-two);

• the availability of drugs – both legal and illegal – is damaging more and more lives here and resulting in people, particularly young people, being unable to sustain secure tenancies;

• the significant increase in our clients year on year with complex needs arising from poor mental health; and 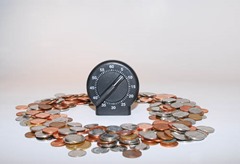 I’ve painted a bleak picture but it doesn’t have to be this way. Fundamentally, we need a joined-up, strategic and properly resourced approach to tackling homelessness to create positive change for those affected. This requires support from government departments with responsibility for Social Development, Health, Justice, Education, Social Care and Employment.

This will ensure that those at risk, or those who are already homeless, are identified as quickly as possible and that they are given the correct and most appropriate help to enable them to emerge from homelessness. Longer term solutions require social innovation on a major scale and have the potential to end homelessness for all in our society. Imagine one in every fifty of your family, friends and neighbours being at risk of losing their home and you will see why continuing as we are is not an option.

To reach a meaningful solution we first need to know the size of the problem we collectively face. We need investment in research to help us identify the extent of our ‘hidden’ homeless – those who are homeless but out of sight, staying in hostels, bed and breakfast accommodation, in squats or sleeping on the sofa of friends and family.

Crucially, we need our political leaders to be brave enough to embrace an integrated programme of care that makes good sustainable housing available for all with the correct support for people to make it lasting.