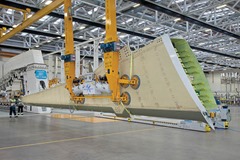 Leading engineers are calling for more women in the workforce and a recognition of how the sector can develop the economy.

The new President of Engineers Ireland, Regina Moran, has made female uptake of STEM subjects a priority as official employment figures indicate that women are still heavily under-represented in the sector.

“Many secondary school students believe that STEM subjects are more suited to males than females,” she has commented. “A lack of female role models and encouragement from parents and teachers contribute to these misperceptions and as an organisation, this is something we must change.”

Engineering firms appear to be emerging from the economic downturn at a relatively strong level and a clearer picture will emerge when new figures are published in the autumn.

The Census of Employment contains two main categories for engineering-related businesses: civil engineering (listed under construction) and engineering activities and related technical consultancy. These figures include engineers and all other employees in their companies. The census is carried out every two years and the most recent detailed figures are for 2011.

Process and production engineering businesses have grown without interruption over the last decade, from 139 employees in 2003 to 444 in 2011. Their workforce is currently 18 per cent female.

The total engineering workforce rose from 7,008 to 12,122 between 2003 and 2009 before falling to 10,885. Further details from the 2013 census are due to be published in September. Newcastle-born Sir John Parker meanwhile is ending his three-year term as President of the Royal Academy of Engineering. During a visit to China in June, he met President Xi Jinping and addressed an international conference on the UK’s industrial strategy.

“An academy which represents the full range of engineering disciplines,” he said, “has a much more comprehensive understanding of cutting edge technological developments than any government department, no matter how large its budget.

“If we use the full breadth of our membership appropriately, we can give government useful advice on anticipating and exploiting new technology opportunities. It also helps us to build capacity in these nascent industries, by nurturing potential and creating leadership.”