A need to remember 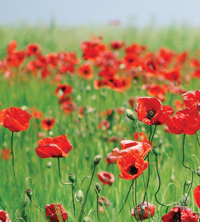 The European Union is “poor at remembering” and must formally commemorate the First and Second World Wars, rather than just moving on, according to Diane Dodds.  The Parliament held a minute’s silence on 11 November last year to mark “World War One and other wars”.  Dodds, a former history teacher, wants to see a formal remembrance tradition established in the EU institutions to remember the two global conflicts.

Dodds is also troubled by the rise in anti-Semitism across Europe, which suggests that the Holocaust is being forgotten.  “We cannot afford to forget some of the things that happened in the past in order to move on to a new future,” she told agendaNi.

Last March, Dodds asked the Commission how it planned to mark the centenary of the First World War’s beginning in August 2014.  Citizenship Commissioner Viviane Reding pledged to “examine possibilities of awareness-raising” and mentioned two publishing projects being undertaken by Europeana, a Hague-based research collection.  Dodds has met the Royal British Legion and is working to build up a coalition of MEPs with an interest in remembrance.

A new petitions system known as the European citizens’ initiative comes into effect on 1 April. One million signatures from at least seven member states are required and initiatives must be centred on a policy area where the Commission can propose legislation.

Successful initiatives must receive a minimum number of signatures in seven countries:  54,750 in the UK.

Anyone aged 18 or over can support an initiative and organisers will be able to collect signatures online. Initiatives will be examined by the Commission within three months, during which organisers can present their idea at a public hearing of the European Parliament. Any legislation arising from an initiative will be proposed by the Commission before going through the ordinary legislative procedure between the European Parliament and the Council of the EU for ratification; the Council can sometimes act alone.

The citizens’ initiative is a product of the Lisbon Treaty and is supported by Eurosceptics to mobilise opposition to some EU proposals.

Jim Nicholson expressed reservations about some of the sports proposals endorsed by the Parliament on 2 February. The proposals included flying the EU flag at all major sporting events in the EU and asking sports federations to consider displaying the flag on athletes’ clothing (alongside national logos).

“I cannot support those proposals, because I do not believe you should politicise sport,” he told Parliament. The non-binding resolution was carried 550-73 with seven abstentions. Nicholson and Dodds voted against the motion. Bairbre de Brún was absent. 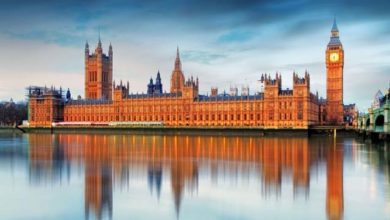