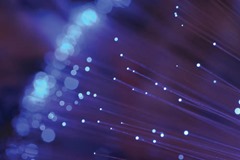 Relative to the ups and downs of some other economic sectors, broadband development in Northern Ireland has been a story of continuous progress. The province has chalked up a number of ‘firsts’ in terms of broadband penetration and uptake, becoming the first region of the UK to register virtual 100 per cent availability of first generation broadband.

None of this has happened by accident.

The Northern Ireland Executive has given broadband development high priority in successive programmes for government and economic strategies and this has helped to spur infrastructural development to the most competitive international standards. The latest superfast broadband is currently being rolled out across Northern Ireland with the aim of delivering speeds in excess of 24Mbps to 90 per cent of premises by 2015.

Yet policy responsibility for broadband does not actually reside with anyone in the Northern Ireland Executive.

Like broadcasting, telecoms is not a devolved matter and overall policy responsibility remains with the Department for Culture, Media and Sport in London. In addition, as the telecoms sector is open and competitive, it is independently regulated by Ofcom, the UK’s communications regulator.

On top of that, given that telecoms is a source of competitive advantage based around shared access to infrastructure, it is closely monitored by the authorities in the European Union for any signs of government favouritism.

Despite these constraints, the Department of Enterprise, Trade and Investment (DETI) fits into the picture as the department taking responsibility to ensure that the telecoms sector develops in Northern Ireland in such a way as to meet the connectivity requirements of as many households and businesses as possible. The EU has accepted the need for government to pump-prime broadband development.

DETI has been able to fund or part-fund most of the broadband infrastructural investments which have undoubtedly made Northern Ireland competitive in this sector. A £30 million investment in Project Kelvin delivered the highest level of international broadband connectivity to Europe and North America for businesses here alongside a high capacity and secure trunk ring network around Northern Ireland.

The investment in first generation broadband was followed quickly by a £58.5 million programme Next Generation Broadband Project aimed at raising speeds for business users. Over half of the funding was invested by BT (£30 million) with the remainder coming from the Northern Ireland Executive (£18 million) and the European Union (£10.5 million).

Enterprise Minister Arlene Foster commented that “significant investment has been made in pushing fibre-optic technology deep into rural areas” while BT described the programme outcome as “exceptional progress: propelling Northern Ireland ahead of some major European countries”.

Further rounds of funding have been targeted at areas of high disadvantage and, in the case of the Department of Agriculture and Rural Development, a

£5 million programme to eradicate the most difficult rural ‘not-spots’.

Although it has not been scientifically quantified, the Northern Ireland economy has benefited significantly from the early investment in high quality broadband. Not only has it made existing businesses more competitive, it has also offered an important selling point in attracting foreign direct investment.

Many of the larger inward investments and company expansions in recent years have been ICT-based and Northern Ireland has developed a growing reputation for niche software, back-office processing and its new ‘creative’ sector – all prospering on the back of high quality broadband.

But it is not just business. The people of Northern Ireland, so often lagging behind in many UK regional league tables are showing an increasing tendency to take up the technology. The latest Ofcom market report shows that 80 per cent of households in Northern Ireland are connected to the internet and 51 per cent now use internet banking. Northern Ireland still has the highest level of quality broadband penetration with 95 per cent of premises able to access fibre-enabled cabinets.

And we like our broadband gadgets too. Northern Ireland has the highest level of tablet ownership in the UK – nearly a third of households have one.