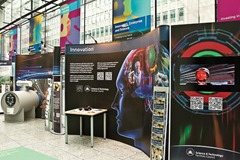 The Nevin Institute’s Paul MacFlynn contends that R&D investment by the state – rather than traditional grants and tax incentives – can deliver a major economic step change and generate more inward investment.

How does a government create jobs? It is considered (by the public) to be one of central government’s most important missions but one that has become more elusive with every passing year. While the capacity for government to actively create employment has diminished through years of privatisation and outsourcing, the public’s expectations remain.

To an outside observer, the economic debate here might lead you to believe that this global trend had by-passed Northern Ireland. Commentary is almost solely focused on our large public sector and the prosperity that would flow if it were scaled back through ‘rebalancing’. However on closer inspection, advocates of rebalancing don’t really wish to scale back state intervention in the economy at all.

Every ‘rebalancing’ strategy document reads like a wish list for state intervention whether it is new roads, rail links, electricity interconnectors, guarantees for loans or research and development grants and oftentimes just cold hard cash. We call this ‘enterprise policy’.

Enterprise policy differs from what we used to call ‘industrial policy’. Industrial policy focused on governments actively intervening in the economy to drive and support an industry or sector that would provide growth and employment. This ranged from providing finance and capital to fostering state-owned companies. These policies declined in the 1980s because it was argued that state intervention “crowded out” private initiatives and that, excepting market failure, the state’s role should be limited to infrastructure and arm’s length financial aid.

In other words, the Government should only intervene in areas that the private sector won’t, usually the more risky and less immediately profitable areas of investment. This would promote overall growth and tax-payers would reap benefits through increased tax revenues.

There are several problems with this idea of a virtuous circle. Firstly, the avenues for the tax-payer to realise the gain from such investments are becoming severely limited. Companies are increasingly globalising their tax affairs to avoid gifting any kind of return to the state. Secondly, it is not clear that the money we spend at present achieves any lasting outcomes.

Investing in infrastructure and human capital is sensible but the practice of awarding grants and other inducements to companies who set up or expand operation in Northern Ireland is highly questionable. Financial incentives will never provide long-term investment and can be easily undercut by our global competitors.

This practice of state aid was severely restricted by the European Commission this month but many policy-makers believe that it can be supplanted by lower corporation tax. This policy suffers from precisely the same faults. Gifting millions of pounds wooing footloose global companies is a mediocre and inefficient mechanism for tax-payers’ money to produce real growth.

In order to build a new enterprise policy, state investment needs to be more long-term and focused on building specific industries and sectors within Northern Ireland. If the aim is to make a significant leap forward in terms of prosperity, we need to provide a research base and innovation systems that will build a new industrial base in Northern Ireland. 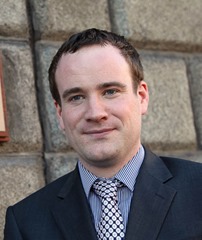 That requires a much more direct role for the state intervention but one that arguably delivers a greater return to the tax-payer and more lasting prosperity overall. Existing policies such as research and development tax credits tend only to add benefit to firms which would have carried out such activity anyway. Instead of boosting government’s research and development budget, we need to become more active in how that money in spent and more focused in where we want it to be spent.

In her excellent book ‘The Entrepreneurial State’, Marianna Mazzucato debunks many of the myths about the public sector that we have come to accept as fact in Northern Ireland. Far from the lumbering bureaucracy that is often portrayed, the state has been the key driver behind nearly all the technological innovations which permeate the most successful global companies today.

From pharmaceuticals to nanotechnology to renewable energy and the internet, all key advances have been financed by the state. The reason for this is that governments, unlike private investors, can take real risks to fund the research for these technologies that may not reach the market for 10-20 years. Too often private investment is forthcoming in later stages of development, realising the market value of products and avoiding the risky early stage engagement.

Northern Ireland should be more than a cheap place to do business. We do have a relatively large public sector, and it’s an advantage. We should use it to take an active role promoting and directing research in sectors like agri-food and renewable energy.

Patient, long-term investment by the state can create the kind of step-change technological advance that could transform an industry spawning spin-off firms and even greater investment in the private sector.

If we aim to be a centre for innovation, rather than a centre for outsourcing, we will give birth to new indigenous companies and attract long-lasting foreign direct investment without the need for financial incentives.