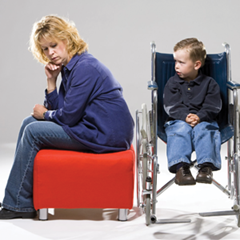 As welfare reform takes shape, Peter Cheney summarises the Institute for Fiscal Studies’ analysis of its impact in Northern Ireland and across the rich and poor in society.

Welfare reform will initially affect all parts of Northern Ireland’s society equally but increasingly have a harder impact on those on lower incomes, according to the Institute for Fiscal Studies (IFS).

The Government will spend an estimated £91.1 billion on welfare (excluding the state pension) in this financial year, including £5.4 billion in Northern Ireland.  Westminster wants to cut that spending by £18 billion by 2015 but that plan also depends on an economic recovery.

In December 2010, the IFS analysed the impact of the Coalition Government’s tax and benefit changes (over the life of this Parliament) on Northern Ireland.  This includes the distributional impact on each fifth (an income quintile in statistical terms) of the population.

Changes to pre-tax prices or the behaviour of householders were excluded from the analysis as these proved harder to predict.  Likewise, the paper did not
consider the impact of universal credit as the plans were only at an early stage and the Assembly could, in theory, break parity.  This is highly unlikely in practice.

In socio-economic terms, Northern Ireland has the following distinct characteristics:

Despite popular belief, Northern Ireland is not the UK’s poorest region.  Wales was lower in the GVA scale (74.0) and the area with the lowest figure was Blaenau Gwent in the Welsh valleys (53.3).  The lowest figure in Northern Ireland is for the north of the province (59.1), including Derry and Strabane.  Our income levels have historically been bolstered by growing a large public sector, which will undoubtedly decline over the next decade.

The shift from the retail price index to consumer price index reduces the value of benefit increases and will therefore have a disproportionate effect in Northern Ireland.  Disability living allowance claimants will be expected to prove their eligibility through medical examinations, when the personal independence payment is introduced between 2013 and 2016.

Families with children, whether rich or poor, tend to experience the largest percentage changes in income when taxes and benefits change.
Net income for Northern Ireland householders, in cash terms, would fall by 2.8 per cent between 2010-2011 and 2012-2013, due to the following factors:

The province was not disadvantaged as the same 2.8 per cent fall was expected across the UK as a whole.  That changed when the analysis was repeated for the whole 2010-2015 period, with Northern Ireland incomes falling by 4.2 per cent, compared to a 3.8 per cent national decrease.  It would therefore be the second hardest hit region after London (-4.6 per cent) and similar to Wales (-4.1 per cent) and North West England (-4.0 per cent).  The lowest decrease was expected in South West England (-3.4 per cent).

London was worse off because of its concentration of very high earners (subject to the 45p income tax rate) and high rents.  Labour’s policies tended to shield Northern Ireland and the north of England, whereas Scotland and southern England appear to have the most protection under the Coalition Government plans.

The population can be broken down into five income quintiles, from the poorest (group one) to the richest (group five).  The IFS firstly analysed how the changes in the Coalition Government’s first two years would affect each group.

As the table shows, the last Government’s plans would have increased the burden as income went up, but the June 2010 Budget reversed that effect.  The richest and poorest in society lost out (statistically) in equal proportions, although the poorest obviously had less money in the first place and form a much larger share of the province’s population.  Middle income households come out best with a 2.2 per cent decrease.

A longer view, taking in the whole Parliament up to 2015, indicates that the two poorest groups will be hardest hit (losing around 5 per cent of their income) with the two richest coming next (around 4.0 per cent).

Universal credit, the centre-piece of the Coalition Government’s welfare reform plans, will be phased in from October 2013.  The IFS’ preliminary analysis of the reform, published in March, predicted that:

This benefit will merge working tax credit, child tax credit, housing benefit, income support, jobseeker’s allowance and income-related employment and support allowance into one, with aim of creating a simpler system, with payments reduced gradually as a claimant works more hours.  The policy’s success ultimately depends on job creation.
The Welfare Reform Bill for Great Britain was enacted on 8 March.  The exact timing of changes in Northern Ireland depends on how long it takes for a counterpart Bill to go through the Assembly.

While broadly supportive, the IFS notes that the state’s ability to administer the benefit will also be cut, as civil servants lose their jobs.  In addition, cutting benefit entitlements at the same time as reform “increases the political risks to its implementation.”