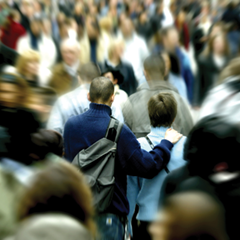 Peter Cheney summarises the Government’s approach and the debate so far.

The most radical shake-up of welfare since the 1940s will have a significant impact on Northern Ireland, with 15 per cent of the population claiming some form of social security benefit.

Any discussion of welfare reform must be based on some key facts.

Firstly, people can claim benefits for a variety of reasons, from unemployment to bereavement. As of August 2011, the Social Security Agency in Northern Ireland had 186,640 clients on disability living allowance (DLA), 263,090 clients on working age benefits (e.g. jobseeker’s allowance and income support), and 298,780 on state pensions.

Secondly, the system loses more money to error than fraud. According to estimates for Northern Ireland in 2010, officials were responsible for £21.2 million in errors, with customers causing another £6.54 million. Estimated fraud totalled £20.5 million, 0.5 per cent of the total.

Thirdly, the sums involved are vast and rising. An ageing population with growing health problems, high unemployment and the Troubles’ legacy of injury and mental illness all contribute to the cost. The Social Security Agency paid out £4.29 billion in benefits over the 2010-2011 financial year (including £1.67 billion for pensions), up from £4.17 billion in 2009-2010. In the year that devolution was restored (2007-2008), the bill was £3.65 billion.

Since the foundation of the welfare state, Northern Ireland has had parity with Great Britain in social security, child support and pensions policy although the Executive has some discretion in how benefits are administered.

In Iain Duncan Smith’s first speech as Work and Pensions Secretary, he said that successive British governments had not focused on tackling the real causes of poverty.

In welfare reform, Duncan Smith said he would be guided by whether government policy was resulting in a “positive social return on investment” i.e. whether it made a real life change that will improve outcomes and “allow an individual’s life to become more positive and productive”.

The Welfare Reform Bill was introduced in the House of Commons on 16 February 2011. DUP MP Ian Paisley Junior, who sat on the Bill committee, initially claimed that just one household in Northern Ireland would be affected by the housing benefit cap (see below) but Nelson McCausland has indicated that the real number is up to 3,400.

Among the Northern Ireland parties, the SDLP has been the most vocal opponent of reform in the Commons. Sinn Féin has been highly critical and has raised its objections through the Joint Ministerial Committee.

Sinn Féin Welfare Spokesman Mickey Brady criticised the DUP for supporting the cap and said that support should be determined by individual circumstances. Alliance Social Development Spokeswoman Judith Cochrane has claimed that universal credit will not simplify the system as each element will require a different test.

An SDLP Assembly motion on 20 February demanded that fighting welfare reform should become the Executive’s highest priority but was rejected 44-38. Nelson McCausland stated that the Government’s principles were right and while he could not agree with every detail, he was constrained by parity. He expected Parliament’s Bill to be enacted by mid-March, after which he would bring forward a Welfare Reform Bill to the Assembly.

The Government insists that jobseekers must take work if it was offered to them and plans to make benefit payments conditional on willingness to work. The revamped work programme in Great Britain would give jobseekers personalised support (using voluntary and private sector providers) so they would be ready to work as the economy improved. Older jobseekers would be placed immediately on a welfare-to-work programme rather than having to wait for 12 months.

Opponents cite the absence of jobs as the key problem. Jobseekers would be required to take on voluntary work, also to prepare them for work. All incapacity benefit claimants would be assessed for their readiness to work, with those judged ready moved on to jobseeker’s allowance.

Opponents, led by Church of England bishops, claimed that including child benefit would penalise larger families. Their amendment was carried 252-237 in the Lords but overturned 334-251 in the Commons. Duncan Smith’s supporters include former Archbishop of Canterbury George Carey. DUP MPs voted for the benefit cap while Naomi Long and the SDLP were opposed.

Among working age adults, disability living allowance (DLA) will be phased out and replaced by a new personal independence payment (PIP). DLA has operated without a major review since its introduction in 1992 but has become increasingly complex to claim (and also administer). Between 2013 and 2016, every DLA recipient aged 16-64 will be reassessed, to check whether they should receive PIP. New claimants will undergo medical tests and regular assessments thereafter. Unsuccessful claimants will have their DLA stopped but may be eligible for other benefits. At present, the Government has no plans to stop DLA for children aged under 16 or people aged over 65.

Employment and support allowance can currently be paid indefinitely without means-testing. The Government wants to means-test the benefit after it is paid for 12 months, for people who could work in future. The Lords voted to extend that period to 24 months, exempt cancer patients and reject a proposal to stop payments to young disabled people who have never been in employment. All Lords amendments were reversed by the Commons. All local MPs voted with Labour in each of these votes.

Ministers have stated that some benefit claimants see welfare as a “lifestyle choice”. However, Mark Durkan argues that people living with cancer, Parkinson’s disease, AIDS or disabilities have no such choice.