The Department of Health has said that it does not routinely record reasons why people are choosing not to be vaccinated but is in the process of finalising a platform to record data on vaccine uptake amongst health service staff.

Everyone in Northern Ireland who works in a healthcare role within the health and social care (HSC) system has been eligible to receive the vaccine as a health care worker and at the end of April, the Department estimated that more than 137,000 first doses of the vaccine had been administered to people working with health and social care. With “most” of these individuals having also received their second dose.

However, while the Department believes “that overall there has been a good uptake of the vaccine amongst health and social care staff” it did not respond directly to a query on what percentage of HSC had taken up the option to receive their first vaccine, instead saying that it is finalising a platform that will offer enhanced data reporting.

“This will enable the Department and trusts to drill down and obtain more granular data regarding the various parts of the health service and if necessary, focus on those areas with lower uptake rates,” a spokesperson said.

Although Northern Ireland’s vaccine rollout has been commended, there are concerns that vaccine hesitancy could become an issue, given that the vaccines impact on suppressing the pandemic relies not just on the effectiveness of the vaccine but also the number of people taking it.

Vaccine hesitancy is defined not solely by those opposed to taking a vaccine but where there is a delay in acceptance or refusal of a vaccine by an individual, despite their availability to the public.

Domiciliary care is defined as the range of services put in place to support an individual in their own home. During one week in September 2020, 509,582 domiciliary care visits were provided to clients by health and social care trusts, an estimated 278,979 contact hours of domiciliary care. Domiciliary care workers and independent sector staff were invited to receive the vaccine from 11 January 2021.

The Department estimates that around 25,000 domiciliary care staff are employed across all Northern Ireland’s health trusts but has signalled no intention to make vaccination mandatory. Stating that the vaccination is voluntary, a spokesperson for the Department added: “As cohorts become eligible, individuals make their own decisions about stepping forward for vaccination.

“The Department does not routinely record reasons why people choose not to be vaccinated.”

Italy became the first country in Europe to make Covid vaccination mandatory for healthcare workers. In the Republic of Ireland, the Health Information and Quality Authority, while not ruling out mandatory vaccination in the future, described it as the “most intrusive step” and recommended progressive interventions to encourage healthcare workers who decline the vaccine.

In 2019, the World Health Organisation (WHO) declared vaccine hesitancy one of the 10 biggest threats to global health for the year.

By 13 May, over one and a half million vaccinations had been administered in Northern Ireland, over half a million of which were second doses. The Department of Health does make data available on vaccine refusal rates and it is unclear whether levels of hesitancy are being recorded.

However, the Department’s Covid-19 vaccination dashboard does display levels of first dose vaccine uptake. The size of the cohorts in age category appears to be based on older information, for example, more first doses of the vaccine have been issued to the over 80s than the size of the cohort identified by the Department, but the data does give an indication of the levels of uptake amongst various age groups. 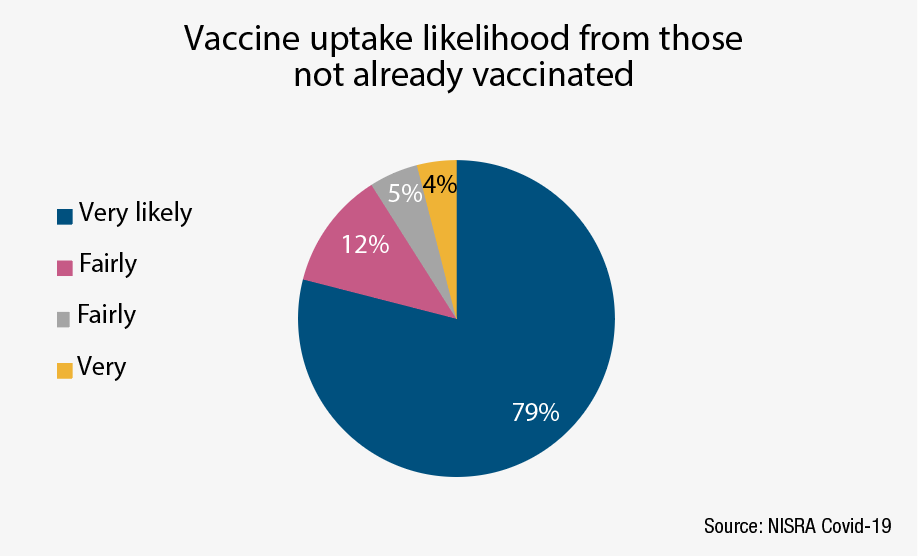 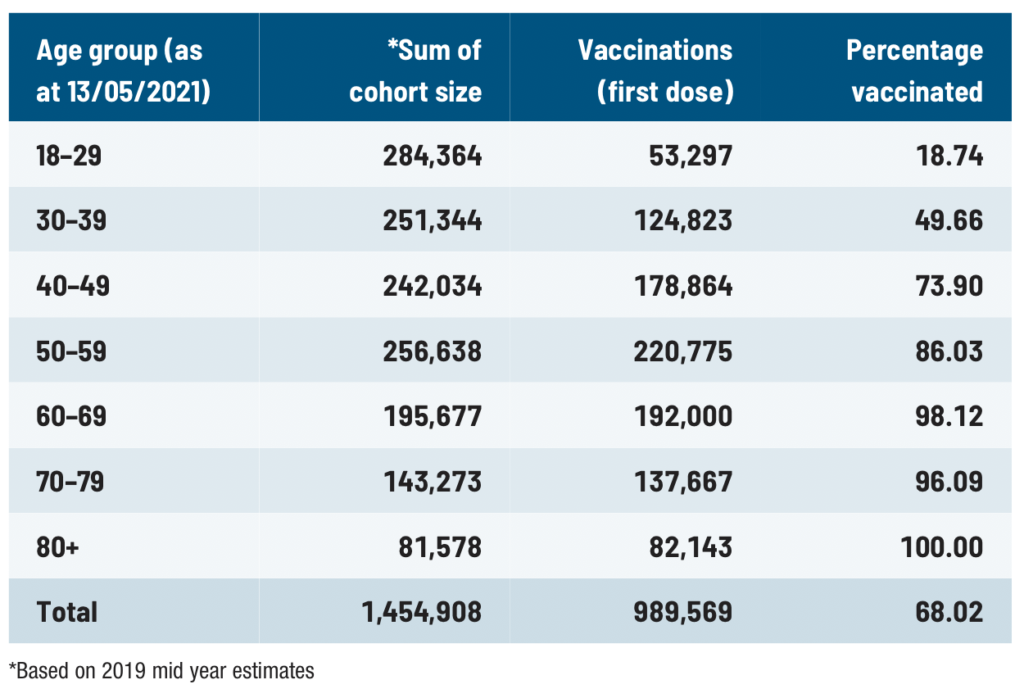 On 10 May, the Department, through the Public Health Agency, launched a public information campaign to boost the vaccination drive, aiming to maintain “strong take-up rates”.

The campaign was timed to coincide with the vaccination programme reaching younger age groups and highlighted that half of 30–39-year-olds had taken up the opportunity to be vaccinated.

“Some younger people may need more convincing to get the jab, believing themselves to be at less risk from the virus. The information campaign highlights the fact that getting vaccinated protects you and others and helps us all get back to enjoying important activities that have been halted by the pandemic,” the Department said.

The Public Health Agency says that public opinion tracking surveys undertaken by the organisation, show that younger people, particularly those aged 24-34, are less likely to say that they will definitely get vaccinated compared to older age groups.

A spokesperson for the PHA confirmed that tracking surveys undertaken were not published.

The Northern Ireland Statistics and Research Agency recently published the findings of its Covid-19 opinion survey carried out over the year to April 2021. Of those surveyed, who had not already received a vaccination, 9 per cent declared themselves either fairly unlikely or very unlikely to get the vaccine.

Amongst the most common reasons for those likely to refuse the vaccine were concerns about side effects (53 per cent), long-term health effects (42 per cent) and feeling unsafe (34 per cent). However, 33 per cent said that they were likely to wait to see how well the vaccine worked. 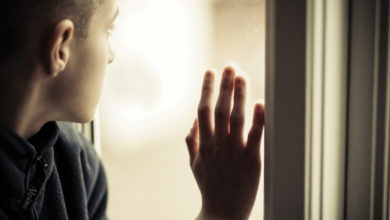 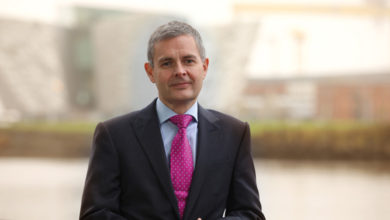 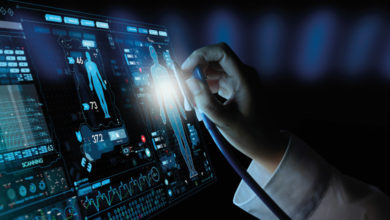 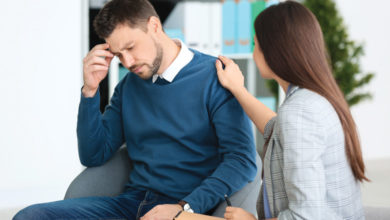