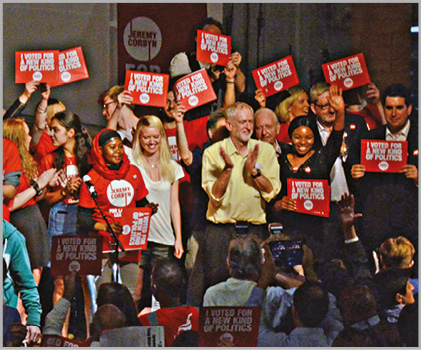 Journalist and author of The Road to Somewhere: The Populist Revolt and the Future of Politics, David Goodhart, writes that strong socio-cultural division in the UK is driving the likelihood of a “fuzzy” Brexit rather than a hard one.

For much of the 1970s Britain was locked in a political stalemate between business and much of the middle class on one side and organised labour on the other. Neither side was able to prevail, at least until the arrival of Margaret Thatcher in 1979.

In an era when socio-cultural divisions loom as large, if not larger, than socio-economic ones, Britain might be returning to another kind of stalemate. It is between the people I have called the liberal Anywheres — the large minority who are well educated, mobile, who value openness and autonomy and generally surf social change with ease. And the larger bloc of communitarian Somewheres — who tend to be more rooted, less well educated, value security and group attachments and find rapid social change discomforting.

After the unexpected Somewhere victory in the Brexit referendum in 2016, the early June general election in the UK saw an equally unexpected fight back from the Anywheres, especially younger ones, against Prime Minister Theresa May’s so-called ‘hard’ Brexit of leaving the EU’s single market and customs union.

But a stalemate where neither side can prevail can sometimes have benign consequences. This may be such a case. Britain may now be moving from a Somewhere Brexit, prioritising immigration control, and leaving swiftly to an Anywhere Brexit, in which economic concerns play a bigger role, with an extended transitional phase minimising disruption. A constructively ambiguous Brexit?

One thing remains clear, the British decision to opt for the nation state and self-government rather than the supra-national embrace of the EU is not going to be reversed, however quixotic it seems to Anywheres everywhere.

Opinion polls taken both before and after the June election suggest that around 70 per cent of the population think that it is the duty of the government to deliver Brexit. There is little regret among the 52 per cent who originally backed Brexit and about half of the 48 per cent who voted to remain now say that because a narrow majority voted for it, it should go ahead.

It is possible that a sharply deteriorating economy could start to erode that large majority for Brexit and if you dig down a bit deeper into the numbers there is no clear majority for a ‘hard’ immigration-control prioritising Brexit, but then there isn’t a majority for any variety of Brexit except the having-your-cake-and-eating-it-too one with maximum return of control and minimum disruption. And that one is not on offer from the EU.

But a series of nudges and winks in the last few weeks from several of the senior political players, above all the Brexit secretary David Davis, suggests that British negotiators are edging towards a “fuzzy” Brexit when talks get going in earnest in mid-October.

This means a much longer transitional period than originally envisaged by both sides, possibly staying inside the EU’s customs union in some modified form, and a much greater readiness of the UK to compromise on continuing payments into the EU’s budget (as well as a large one-off leaving fee) and on some continuing jurisdiction by the European Court of Justice.

Curiously, as pointed out to me by Laura Kuenssberg the BBC political editor, the apparent stalemate election result that swept away the Conservative’s small majority in Parliament, while leaving them comfortably the largest party, may in the end have made no difference at all.

“Part of the thinking behind Theresa May’s decision to call the election for early June was that it would give her a bigger majority and thus empower her to make the compromises necessary in a difficult negotiation in which Britain has a relatively weak hand,” says Kuenssberg. “It now looks as if the compromises will be forced upon her by political weakness rather than strength.”

A more pluralistic Brexit with input from the “remainer” factions in both the Conservative and Labour parties, as well as the devolved governments of Scotland and Wales, is now the order of the day.

There is a sense of drift and gloom about British politics at present with a severely weakened, and probably temporary, prime minister; a restless public opinion that has not been prepared for the difficult decisions ahead on Brexit; and an influential minority passionately opposed to it.

Voting to leave was always going to be a lot easier than actually leaving, especially when the referendum result gave politicians no indication as to what kind of Brexit people wanted.

According to Bronwen Maddox, director of the Institute for Government, more progress in preparing for Brexit has been made behind the scenes at the highest levels of the civil service than is generally acknowledged. “The problem is there are logical limits on how much preparation you can do. You cannot do all the logistical work on preparing for a new kind of customs union with the EU until you know what has been agreed,” she points out. 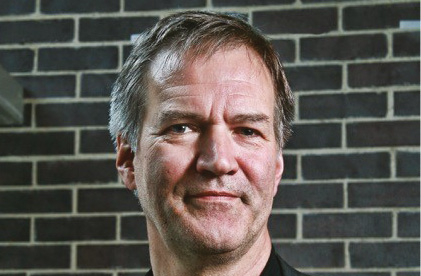 “Beneath the noisy political in-fighting, and more by accident than design, we may now be edging towards some sort of national consensus on “fuzzy” Brexit.”

Britain’s reputation for good government and generally getting the big decisions right has taken a battering in recent months. But beneath the noisy political in-fighting, and more by accident than design, we may now be edging towards some sort of national consensus on “fuzzy” Brexit. Moreover, a provincial England inspired Brexit vote that was supposed to tear the UK apart has actually drawn it closer together, with both Scottish and Welsh nationalists slipping back in the June election.

There remains one big problem: the EU itself. Since the high point of success in the mid-1990s almost everything it has touched has turned bad — the clearest justification for Britain’s decision to leave. There was the politically over-extended Euro, which exacerbated the post-2010 Eurozone crisis; the over-rapid enlargement to the former communist states of eastern Europe, including unchecked free movement of people; the failure to secure Europe’s external border that encouraged the refugee crisis of 2015/16. Not to mention second order screw-ups like the intervention in Ukraine.

The EU is run by Europe’s brightest and best but many of them are driven by a post-national ideology for which there is no Europe-side consensus. To many ordinary Europeans the cure of European integration is worse than the disease. What is the point of pooling all that sovereignty if the resultant institutions cannot save you from global financial meltdown and cannot even regulate the new digital behemoths?

The EU is enjoying an unusual unity in the early stages of the Brexit negotiation. But if we end up with a mutually harming deal, or no-deal at all, my guess is that Brussels will be at least as much to blame as the London negotiators who are now more open to compromise than seemed likely a few months ago.