“No deal is on the table because of the fact we have a very belligerent European Union, who instead of focusing on a deal that was good for all of us, wanted to break up the United Kingdom,” said Arlene Foster after a recent private dinner with the UK’s new Prime Minister Boris Johnson.

Johnson has refused calls to take a no deal outcome off the table and instead issued an instruction to civil servants to prepare to leave the EU on 31 of October, “whatever the circumstances”.

Foster’s approach made it clear that the DUP would not be applying pressure to the new PM to remove a no deal possibility, despite the clear economic detriment it would cause to Northern Ireland.

The UK’s stand off with the EU on the inclusion of the backstop in any withdrawal agreement has meant that now more than ever, no deal appears the most likely outcome.

If a no deal scenario transpires, Northern Ireland stands to lose some 40,000 jobs, see a decline of exports to Ireland of up to £180 million, recognise an annual 6 per cent fall in FDI attractiveness and have the “culture of lawfulness” significantly impacted, according to the conservative estimates of the Northern Ireland Civil Service.

The evidence was published by the Department for the Economy, of which Foster was previously a minister and a portfolio the DUP has held since 2007. Despite the “profound and long-lasting impact on Northern Ireland’s economy and society” a no deal outcome will bring about, the DUP leader has recently told a right-wing UK think tank that it was “very important” the UK leaves the EU by 31 October, adding her belief that the UK should already “have left by now”.

On announcement of Johnson’s election, the DUP announced that it would continue to support the Conservative Government at Westminster, ensuring that Johnson maintains a narrow working majority in the House of Commons. Some optimistic Brexit-critics had hoped that the DUP would use their confidence and supply agreement to alter Johnson’s trajectory towards a cliff edge Brexit, given the likely impact on Northern Ireland’s economy and society.

However, this was dismissed by Foster, following her meeting with Johnson, where the discussion centred on: “Our shared objectives of strengthening every part of the union, ensuring the 2016 [Brexit] referendum result is implemented and seeing devolution restored in Northern Ireland.”

The DUP’s apparent disregard for the economic impact of a no deal Brexit stretches further than Foster alone. The DUP’s chief whip in Westminster, Jeffrey Donaldson, recently signalled his belief that chances of a no deal outcome were “significant” and indicated his opinion that the PM was right in taking a “tough line” on the backstop.

Responding to the DfE report’s findings that many jobs in the agri-food and haulage industries could disappear overnight, Donaldson indicated his belief that the impact would not be as severe as was being portrayed. The MP indicated his desire to see a fresh deal struck but when pushed in an interview on whether he could ‘live with himself’ if support for the Government’s hardline Brexit tactics led to job losses on a large scale in Northern Ireland, he said: “Of course, I can live with myself… I lived through the Troubles in Northern Ireland when we lost tens of thousands of jobs during that period. And I worked to bring peace to Northern Ireland. And I want that peace and stability to continue.”

The report published by DfE highlights the limitations in recognising the full impact on Northern Ireland of a no deal scenario given that changes to the framework of current trade and transport conditions will occur all at once and without mitigation.

Setting out the NICS’s understanding that a no deal would have “a profound and long-lasting impact”, the DfE report seeks to outline the main risks and impacts.

Most notably, it identifies that the key industries most at risk from no deal represent around 525,000 employee jobs in Northern Ireland, not including employment associated with farming. Analysing employment size against EU exposure, it estimates that at least 40,000 jobs are heavily reliant on free access to the EU market. The figures do not include jobs within the financial services or tourism sectors, which would likely increase the job loss volume. The report states frankly: “The stark reality is that many of these jobs could disappear almost overnight, especially in industries such as agri-food and haulage.”

In services, providers could face an average increase in the cost of doing business of 14.5 percentage points when exporting to Ireland. Increased restrictiveness translates as a loss of over £120 million worth of services exports to Ireland and this would be exacerbated by a further loss of around £50 million in services exports to the rest of the EU.

GB, as Northern Ireland’s biggest external trading partner, offers a two-fold risk of exposure. Firstly, GB is likely to attract additional imports from the rest of the world, increasing competition for Northern Ireland selling to GB. Secondly, there will be indirect Northern Ireland supply chain exposures as GB exporters face a downturn in sales to the EU due to WTO tariffs being imposed. The UK Government’s long-term economic analysis of trade impact estimates an over 9 per cent fall in GVA for Northern Ireland in a no deal exit, when compared to remaining in the EU. 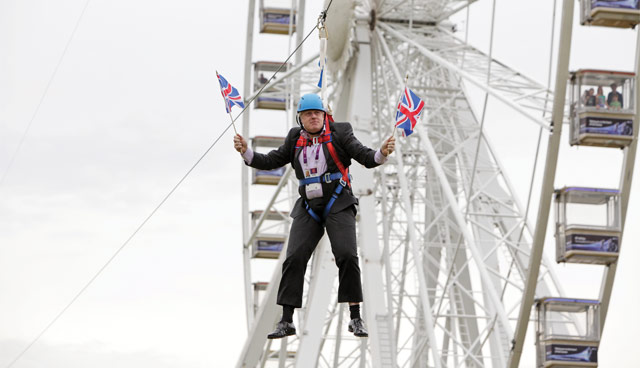 Trade within Northern Ireland will also be affected, particularly the wholesale and retail sectors, where changes in consumer spending will have an impact. Consumers are likely to see “significant” price increases on imported goods as a result of border frictions, the further depreciation of sterling and the imposition of tariffs. The London School of Economics has estimated that a no deal exit would increase inflation to 3.5 per cent, leading to a decline in purchasing power and contraction of consumer spending and imports.

While only 1.5 per cent of businesses in Northern Ireland are non-UK owned, that these businesses employ over 13 per cent of the workforce highlights the significance of Foreign Direct Investment (FDI) to the local economy. These business also represent 41 per cent of total exports. The report outlines that a no deal scenario would have a negative impact on FDI. Using ESRI data, it highlights a 6 per cent annual loss in the medium to long term and a 7.6 per cent for FDI-related new jobs.

“A no deal EU exit carries a risk of a notable reduction in FDI which could result in less exports by foreign-owned business, reduced employment and lower productivity. All of which is likely to be extremely detrimental to the Northern Ireland economy,” the report outlines.

Business and consumer pressures, combined with the incentives of differing tariffs between the EU and the UK, will likely lead to “an increase in smuggling, VAT fraud and tariff evasion”, says DfE. Adding: “In addition to creating opportunities for exploitation by organised crime groups, this scenario will likely also foster a black market amongst previously lawful individuals and businesses which, over time, will significantly impact on the culture of lawfulness in Northern Ireland.”

In the face of these potential economic impacts, DfE outlines evidence from InterTradeIreland that only 10 per cent of firms have started to prepare for Brexit. The mitigation measures are significant. A 2019 Chamber of Commerce survey states that 13 per cent of Northern Ireland businesses have established a presence outside of Northern Ireland and a further 16 per cent are considering doing so. Up to 70 per cent have or are considering changing their business model.

“The Northern Ireland Civil Service’s assessment remains that the consequences of material business failure as a result of a no deal exit, combined with changes to everyday life and border frictions would have a profound and long-lasting impact on the economy and society,” the report concludes.