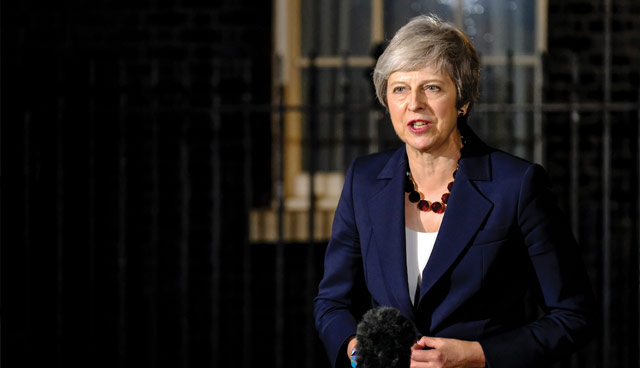 Chief political commentator at the Financial Times, Philip Stephens, has described the mandate secured by Prime Minister Theresa May to renegotiate the backstop as “worthless and incredible”.

Stephens believes that given the latest twist of events in the Brexit conundrum, the EU could now be forgiven for “simply throwing Britain overboard”.

To some degree, Stephens may be correct. The EU has from the outset stated its flexibility in regard to solutions brought forward, providing these solutions were plausible to the 27 member states. The withdrawal agreement itself may be viewed as a concession given that it offered a UK-wide customs arrangement in the event of no deal being reached. In late January however, the Prime Minister opted to undo the efforts invested in reaching a withdrawal agreement.

On a stage for all to see (including the EU), the PM supported an amendment that would see her return to Brussels to renegotiate a deal that she herself pioneered. In the run up to the defeated House of Commons vote on the withdrawal agreement May repeatedly told the UK and its MPs that the deal on the table was as good as it was going to get. However, subject to pressure from hardliners within her party, she has performed a u-turn.

May’s decision is somewhat understandable. She viewed the amendment as a means to stem the flow of a tide of blows dealt by hardline Brexiteers within her own party. The amendment was something they could support and, even if only for a short while, she could claim the support of most of her party. However, such an approach was short-sighted. Many of May’s opponents seek a no deal outcome and their support for the Government was not to fall in behind her push for fresh negotiations in Brussels, but simply to keep the clock ticking towards the 29 March deadline.

Now the Prime Minister is faced with the challenge of securing changes to a backstop, which currently sits within a withdrawal agreement the EU has stressed is “not open for re-negotiation”. Stephens assesses that this decision raises questions about where the Good Friday Agreement and peace in Northern Ireland ranks on the Government’s priority lists. “It ranks second, it seems, to appeasement of Brexiters such as Boris Johnson and Jacob Rees-Mogg,” he states. Adding: “The Prime Minister bridles at the charge that she is careless of peace. But her stance bears no other interpretation.”

When faced with the question of party over country, he argues, how May would side has been evident from early on in her premiership. In setting her red lines, she had already bended to the will of the hardliners, rejecting the opportunity to build a cross-party consensus she now so badly needs.

Support for such a coalition would perhaps ease her case in Brussels. However, with a slim mandate bolstered by unreliable Brexiteers, it’s impossible to see why the EU would undermine Ireland in changing the terms.

The UK Government has pulled together an Alternative Arrangements Working Group to hammer out some firm alternatives to the current backstop. Some of the ideas being floated include:

All of the above appear to be ideas that were already explored and abandoned during an exhaustive Article 50 negotiation process. With the UK looking to the EU for solutions, the EU awaits their proposals. The outcome is far from predictable.