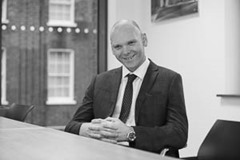 Michael Gordon, who heads up the Belfast office of Turley, the only independent national planning practice in Northern Ireland, considers the challenges of the transition to the new planning regime.

So, the laws are made, the policy is drafted, the chief executives have been appointed and the councillors elected, what’s left to do in the countdown to planning reform on 1 April 2015?

There won’t be an opportunity to test drive the new planning system before it goes live so the stakes are high. The DoE is trying to decide as many applications as possible before the handover so councils don’t inherit a backlog but no-one knows for sure which live applications will move across or when applicants will find out.

One of the biggest decisions for a new council is about their culture of decision-making. Will they preserve the status quo and seek to negotiate solutions with applicants over potentially considerable periods of time or take quick decisions? Views are generally mixed on whether applicants would prefer a quick ‘no’ or a slow ‘yes’.

Where will planning fit into the structure of the new local authorities? Most seem to be looking towards a development/regeneration directorate but there is no reason to presume that all local authorities will follow the same approach. The primary purpose of the reform is to repatriate planning to its traditional home, not deliver consistency.

Hold that thought. The new regime will deliver decision-making with a distinctive local flavour. The DoE will retain significant oversight powers both in relation to decision making and plan preparation but it would run contrary to the purpose of the reform if it intervened to excess. Expect a light regulatory touch and significant licence.

Most councils are using the time available before the transfer to establish a vision for their area as a platform from which to launch their new development plans next year. Getting a plan out of the starting blocks early makes good sense when you consider how 11 parallel plan-making processes could be constrained by the resources of both consultees and the Planning Appeals Commission in future.

DoE Planning has a lot on its plate right now. It needs to get subordinate legislation onto the statute book, conclude the Single Planning Policy Statement process, produce lots of guidance for the new planning authorities, help build their capacity, make decisions on as many live applications as possible to reduce the backlog, make sure the practical transitional arrangements are in place (so the new regime can get off to a decent start in April next year), and ready itself for its new role.

So this is the context in which applicants make their planning applications. The foundations of the new system are laid but there is a pace and flux about the change now in the countdown to April 2015. Uncertainty kills confidence and investment is all about confidence. DoE Planning has to make good prompt decisions for Northern Ireland plc whilst managing the transition to the new regime with all the attendant resource implications. The new local planning authorities are under pressure to gear up quickly so they can perform their duties effectively and make the improvements we have been promised for so long. No pressure there then.