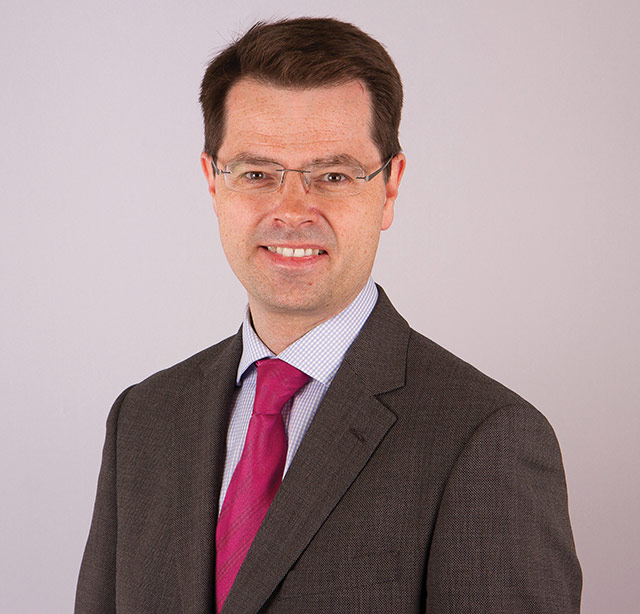 Speaking to Richard Halleron, Secretary of State James Brokenshire confirms Northern Ireland will have special status when it comes to the upcoming Brexit negotiations.

“This will require the strongest possible input at Westminster,” explains Brokenshire. “I am fully aware of the role which the Stormont Executive will play in this regard and it is my intention to work closely with all of the various ministers.

“There is a clear requirement for Northern Ireland to have a strong and ongoing input into the entire Brexit process and I will be working hard to ensure this objective is achieved.”

One of the greatest challenges facing Northern Ireland is the prospect of a hard border between north and south, however, Brokenshire maintains that minimising problems on the island of Ireland will be a key priority for the British government during any negotiations.

“Brexit arrangements must be reached, which minimise any potential disruption in cross border trade on the island of Ireland,” he says. “There is common ground between the Irish and UK authorities on many of these issues.

“A number of meetings, involving representatives from both governments at the highest level, have already taken place. This process will gain further momentum during the period ahead. The UK-Irish relationship has never been stronger. That is something we both need to use to our mutual benefit as the UK negotiates its departure from the European Union.”

Brokenshire continues: “The UK Government does not want to see a return to the borders of the past. The Prime Minister emphasised that on her visit to Stormont and I want to underline that point again. I know that determination is shared by the Irish Government and the Northern Ireland Executive. The open border and the Common Travel Area have served us well for decades. So it is a priority to keep them open for people and business.”

Brokenshire makes no secret of the fact that he voted for the UK to remain within the European Union but adds: “I am clear that we must and will respect the outcome of the referendum and give effect to it. While respecting the views of those parts of the UK that voted to remain, this was a United Kingdom vote.

“The imperative now is to work together and ensure that we have a positive and successful vision for Northern Ireland. Inside the UK, within the closest set of relationships within these islands, but outside the EU. We have to make the most of the opportunities that our departure from the EU presents.”

Emphasising that the UK has always been a great global trading nation, he says: “That’s what we’ll continue to be by getting out there and doing business right across the world. That’s why I have recently spent two days in Washington, with the simple message that the UK, and Northern Ireland in particular, is open for business.

“Another reason we will make a success of our departure is because the fundamentals of the UK economy are sound. We’ve reduced the deficit we inherited by nearly two-thirds. Employment is at record levels, with an average 1,000 jobs a day created over the past six years. We continue to attract more foreign direct investment than any other country in Europe.
“In Northern Ireland the economy continues to grow with unemployment falling and more than 55,000 people in work since 2010. So while, yes, leaving the EU will inevitably involve some challenges, we approach this with optimism and a positive view of what we can achieve for the UK.”

Brokenshire confirms that the Prime Minister Theresa May has made clear her desire to engage fully with the devolved administrations, including the Northern Ireland Executive.

“As Secretary of State I am also fully committed to ensuring that as we establish our negotiating position the unique interests of Northern Ireland are protected and advanced.”

“We also want to offer reassurance and certainty across a number of key sectors. That’s why the Chancellor announced last month that all European structural and investment funding agreements in the UK signed before this year’s Autumn Statement will be fully funded, even after we have left the EU,” he explains.

“That includes funding agreed under the PEACE IV and INTERREG programmes. In addition, we will match the current level of direct payments given to farmers until 2020, a boost to the agriculture sector which in Northern Ireland is the backbone of the local economy. As Secretary of State I am also fully committed to ensuring that as we establish our negotiating position the unique interests of Northern Ireland are protected and advanced.”

Brokenshire acknowledges the vital contribution Northern Ireland’s food and drink sector makes to economic life, both in the north and in the wider UK, sustaining tens of thousands of jobs and livelihoods.

“The UK Government is focused on securing continued growth across the whole UK economy and forging new international trading links,” he adds. “We see Northern Ireland’s food and agriculture sector having an important role in this.”

The Secretary of State regards the securing of new export markets as a key post-Brexit opportunity for the local farming and food sectors in a post-Brexit world, identifying China and West Africa as two regions with immense potential for Northern Ireland’s food sector. “I am fully aware of the fact that trade negotiations cannot take place until the UK has formally left the European Union. However, there is nothing to stop the relevant agencies getting on with the groundwork that will be required anyway, in order to secure all of this export potential for the future,” he says.

Brokenshire fundamentally rejects the argument that leaving the EU risks unravelling all the progress that has been made in Northern Ireland in recent years. In other words, Brexit could fatally undermine the settlement forged by the 1998 Good Friday Agreement and its successors.

“I am confident that all parties in the Assembly support the current political settlement, want it to work and are fully committed to exclusively democratic and peaceful means,” he stresses. “For our part, the UK Government remains fully committed to the Agreement and its successors. That includes the political institutions.

“The Assembly, the North-South Ministerial Council and the British-Irish Council will all continue to reflect the unique political relationships throughout these islands. In addition those elements of the agreements that deal with people’s rights and identity will be upheld. As will all the constitutional guarantees, underpinned by the abiding principle of consent.

“There remains continued overwhelming support for the current settlement, as the opinion poll this week has shown. Political stability in Northern Ireland has been hard fought over many decades, and we will not do anything to undermine it. This Government remains determined to do the best for Northern Ireland and for the United Kingdom as a whole.”
He concludes: “Brexit represents a big challenge but working with our key partners, the UK Government approaches them positively. As we seek to build a brighter, prosperous more secure future for Northern Ireland.”