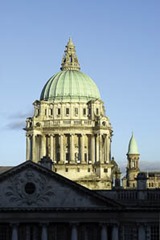 The ‘super-councils’ will assume a range of responsibilities, inheriting some from their predecessors and receiving other significant powers from central government.

Social Development Minister Mervyn Storey has confirmed that the transfer of urban regeneration powers and support for voluntary and community groups will now take place on 1 April 2016. Storey has stated that this is due to the length of time taken to agree the Regeneration Bill, which is now unlikely to be enacted before April 2015. He will also review the statutory fitness standard for housing which will be used by councils after the 2016 transfer.

Under the new arrangements, councillors will continue to represent local interests on policing and community safety partnerships, local commissioning groups for health and social care, the Housing Council, and the boards of the Housing Executive, Libraries NI and the Public Health Agency. Councillors may also be among the political members of the Education Authority although there is no requirement to appoint these members from local government.