agendaNi profiles the people of Mid Ulster, the ninth most populous parliamentary constituency in Northern Ireland.

The Assembly’s demographic profile of Northern Ireland in 2017 showed that the area had enjoyed the second largest rise in population density of any parliamentary constituency in Northern Ireland. Its 19.7 per cent rise from 71 people per square kilometre to 85 was bettered only by Upper Bann’s 22.2 per cent rise.

83 per cent of the 1,404 students who left post-primary education in Mid Ulster in 2015/15 did so with at least five GCSEs between A* and C. This figure was higher than the Northern Ireland average of 81.1 per cent and placed the constituency fifth in terms of proportion of students leaving school with those qualifications. 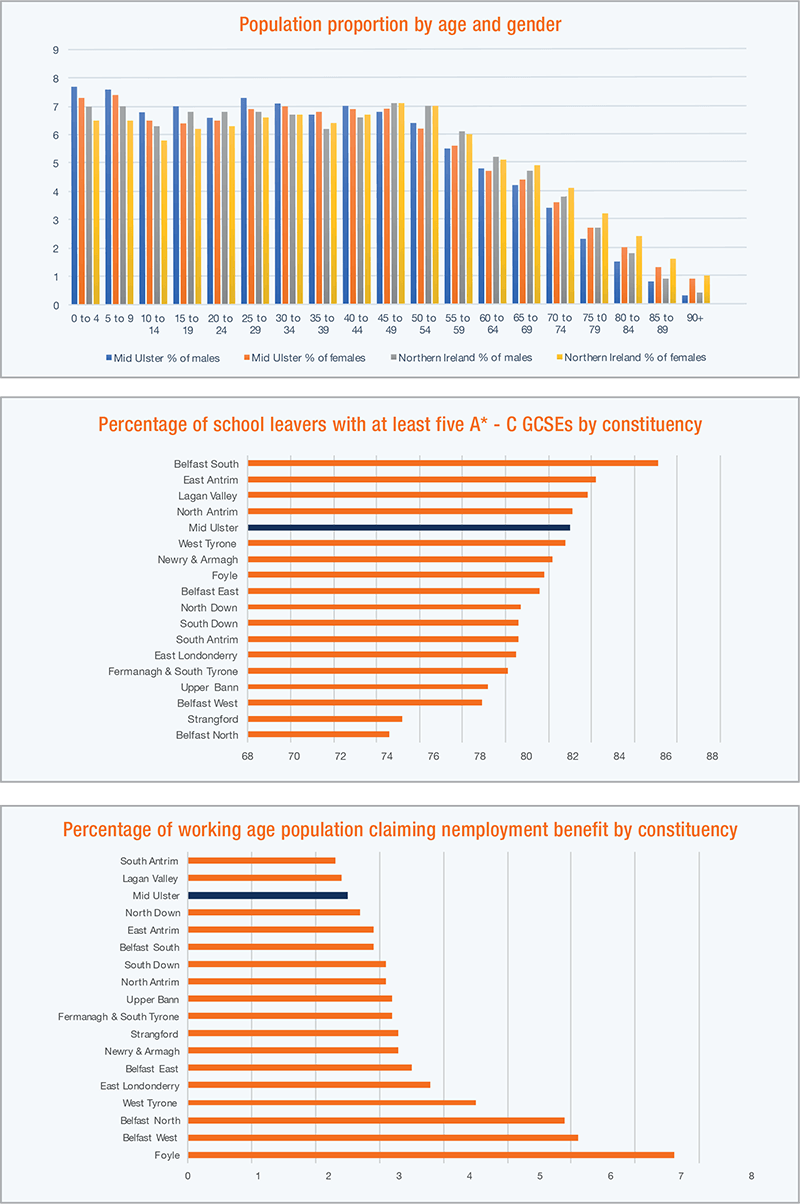