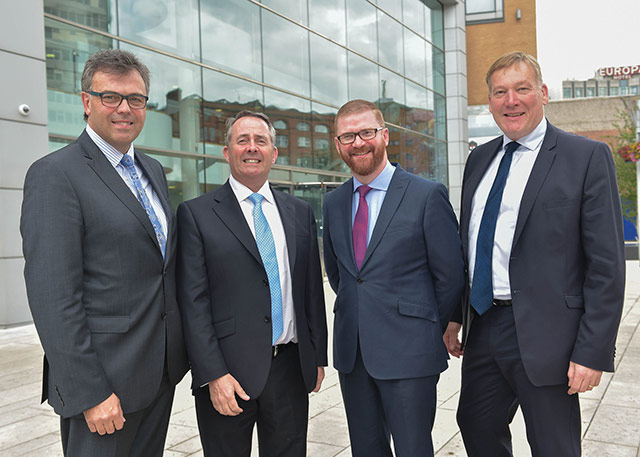 In the wake of the referendum outcome that the UK is to leave the European Union a statement by Invest NI suggested EU market access was not an issue for potential investors to Northern Ireland.

Invest NI Chief Executive Alastair Hamilton took time out from a business trip to Boston to air his views on Brexit. Speaking to the BBC, when asked by presenter Conor Bradford if he was being “a little blasé” about the impact of the referendum result, Hamilton replied: “We sell talent and we sell the cost-effectiveness of Northern Ireland. The vast majority of investors who have come in to Northern Ireland over the past five to seven years have not come because of market access. They’ve come because of our talent and our cost and therefore market access is not an issue for them.”

“As the First Minister has said we look to the future, interestingly, the changes to our European position now releases us from some of the challenges we faced in the past around what is known as state aid. So as a sales person with product and product development, if you want to put those words around it, I’m excited by the opportunity for us to develop unique services in Northern Ireland that differentiate us from some of the other people who are trading in this international market. So there’s an upside,” he continued.

CBI Northern Ireland Chairman David Gavaghan responded to the Brexit vote saying: “Many businesses in Northern Ireland are asking what Brexit means for them and critically what to do now. For the majority of our members they highlighted the benefits of a single market and ready access to labour and talent. Whatever the actual outcome of the negotiations over the next period, our members recognise the fundamental need to get on with it. Our collective job now is to usher in a new era of partnership between the Northern Ireland Executive, business and society more generally. We need to work together to identify the key economic priorities and ensure that we do everything we can within our power to make this a great place to invest and do business – recognising the central role of our principal cities to attract productive investment will be important.”

This sentiment expressed by the business leaders at the conference, echoed the findings of an earlier report by Ulster Bank that raised questions about the ability to attract Foreign Direct Investment in the wake of the Brexit vote. Hamilton took issue with the report written by Ulster Bank’s economist Richard Ramsay that suggested uncertainty around the UK’s future trading relationship with the European Union could deter investment decisions.