Life expectancy continues to increase in Northern Ireland but there are worrying signs of widening inequality gaps, especially in relation to drug-related deaths.

Worryingly, three of the health and social care trusts show a widening of the male life expectancy gap in their areas. All five trusts report no change in the female inequality gap. 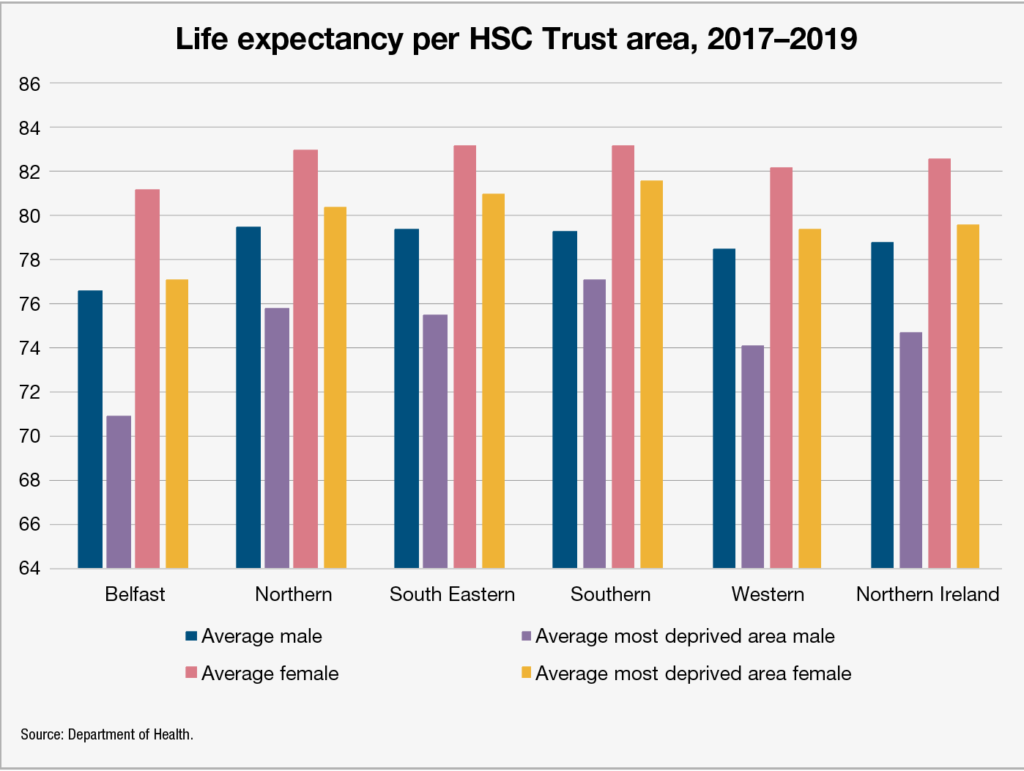 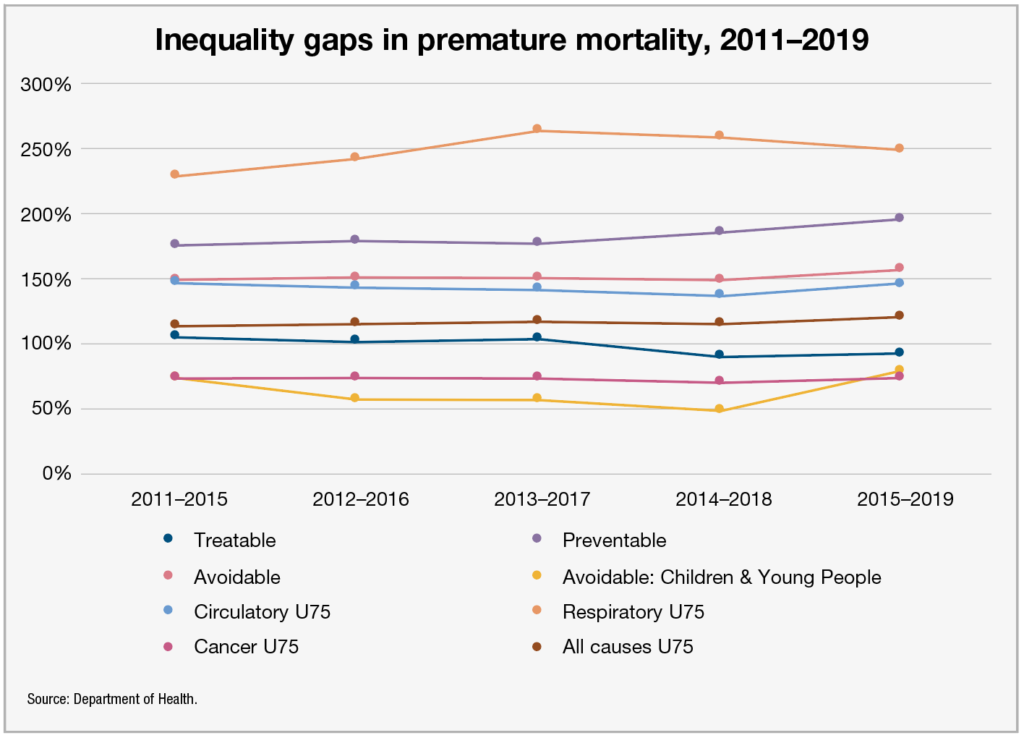 Among the most worrying of the stats in the entire report is the significant widening of the inequality gap in the SDR for avoidable deaths of children and young people. Having stood at 72 per cent in 2011–2015, the gap had closed to 48 per cent by 2014–2018, but now stands at 77 per cent. With an overall rate of 23 deaths per 100,000, this figure rises to 30 in the most deprived areas and 17 in the least deprived areas. Despite the widening inequality gap, in raw numbers terms, all of the categories show improvement from 2011–2015, when an overall rate of 24 per 100,000 was flanked by rates of 34 and 20 in the most deprived and least deprived areas respectively.

SDR across all causes (respiratory, circulatory, and cancer) in under 75s all sow either stagnation or improvement in raw numbers in all categories except respiratory, where both overall deaths per 100,000 and deaths in the most deprived areas have increased since 2011–2015. Inequality gap in circulatory and cancer SDRs have narrowed slightly and stayed the same respectively, while the gaps in respiratory and all causes have widened.