David Whelan talks to Director of Football Development at the IFA Foundation,
Michael Boyd, about the organisation’s influence on shaping young mindsets, its role in creating pathways for greater diversity and the IFA’s own battles with inclusivity.

Previously the Irish Football Association’s community relations officer for over 13 years, Boyd has been at the coalface of attempts to create a more inclusive culture around Northern Irish football.

One of Boyd’s early tasks in the role was to deal with the fallout of abuse levelled at then Northern Ireland captain Neil Lennon in 2001, following his move to Celtic FC, which saw him eventually retire from international football.

Condemnation of the sectarian nature of the treatment of Lennon, by supporters of Northern Ireland, was widespread and the incident is viewed as somewhat of a catalyst for greater intensity and focus on changing the then culture associated with the international team.

East Belfast-born Boyd has been credited as a major force in a change in the Irish FA’s global image, especially where supporter behaviour and sectarianism are concerned. And, while the issue of creating an inclusive culture at Windsor Park is by no means a finished piece of work, recognition can be given to progress in recent years.

Core to progress has been the creation of the Irish FA’s Foundation, the charitable arm of the Irish FA, of which Boyd is now Director of Football Development. Boyd outlines the foundation’s four core aims:

“Inclusivity and diversity are huge part of what we do within the foundation and is core to delivering the programmes,” says Boyd.

Participation and inclusion programmes are largely within the foundation’s Football For All programme, which, Boyd explains, is aimed at creating a “a fun, safe and inclusive culture throughout all levels of football in Northern Ireland”.

“Football for all is committed to tackling sectarianism and racism and is also making efforts to target mental health, drug and alcohol awareness and other issues affecting people today,” adds Boyd.

He highlights a desire to work towards delivering pathways to be involved in football and to represent Northern Ireland for every ability level and recognises the wider impact of such work. “We’re not just about creating better internationals. It’s a very small percentage of those involved with the foundation that will go on to represent Northern Ireland at senior level but we see the value in participation. Most of what we do is around participation, enabling young people and minority groups to feel included and learn life skills using football as a hook.”

This year the foundation has surpassed its previous record high participation levels (58,000), held from 2016, when both international teams on the island reached the finals of European Championships competition. It’s a success that Boyd hopes to build on for the future.

The Director of Football Development credits a lot of the participation level progress to the Irish FA youth strategy ‘Let Them Play’, which was launched in 2015 and set targets to have 75,000 young people participating in regular football by 2020 and 100,000 participants by 2025.

Boyd oversaw the creation and implementation of the strategy and believes that a slight shift in the way of working is paying dividends in relation to ensuring that diversity and inclusion are a core theme of all of the programmes being delivered.

He says: “Previously we had a variety of plans looking at individual areas such as girls’ football, schools’ football etc. With the help of the team, I put all these plans under the umbrella of one 10-year strategy. My background in community development helped form the ambition to embed community targets within the strategy and to ensure that our staff were working together to address the issues rather than in silos.”

Boyd outlines the example of, where previously two staff may have been directly responsible for girls’ football, targets to increase participation are now the responsibility of all staff within the foundation.

The main focus of recent years, he outlines, has been around education, employability and mental health. However, he is aware that sectarianism and community division in Northern Ireland remain a problem that require tackling.

We recognised that with our reach we could make a real impact to areas such as mental health, employability and education.

“When we were creating the strategy we did a lot of research and spent a lot of time analysing the areas that needed targeting and which were bespoke for Northern Ireland. We recognised that with our reach we could make a real impact to areas such as mental health, employability and education. We dedicated more resources than ever before into these areas and without meaning to, we probably dedicated less to the anti-sectarianism, community relations work.”

Boyd highlights that feedback from supporters’ groups that sectarianism had started to creep back into some away international matches was enough to trigger a response and has led to the Irish FA re-employing a community relations officer with a focus on the issue.

Identity, he admits, remains a challenge in attempts to raise participation levels but he believes that it’s a challenge shared across all sports in Northern Ireland. Boyd’s solution is to continue to promote a sense of belonging throughout the foundation’s various programmes, such as partnerships with schools and local clubs across Northern Ireland.

One initiative that he is pushing forward is the establishment of Irish FA Foundation hubs across all council areas, creating a physical space for the foundation within communities. This he believes will have a two-fold impact. “Firstly, it will give staff a physical space to come together to ensure they are collaborating efficiently and secondly, raising awareness of and accessibility to the foundation.”

Boyd believes this will be particularly important in places like Derry, where levels of participation in Irish FA structures are low and there is a recognised mistrust from some quarters of the organisation. “Our grassroots managers are putting that together, working with the councils to create those spaces and to analyse the particular issues of each area. The rationale is that we want to tailor our services to best meet the needs of the community and to bring our ethos and that understanding of our mission all within one area.”

Boyd is aware that the ambition to promote better diversity and inclusion across Northern Ireland is a top-down process. To this end, he highlights that staff within the foundation receive regular training with input from a variety of groups such as the Rainbow Project, Autism NI and Bryson Charitable Group. Training, he outlines is often shaped from feedback from coaches about what they are experiencing on the ground such as higher rates of school children who do not have English as a first language, greater recognition of individuals with autism and a higher level of inactive girls.

A key focus of this training is also to raise awareness with staff about the broader social and health benefits that their programmes bring to the communities they work with.

Progress in the areas of inclusion and diversity, Boyd argues, does not just start and stop with the foundation. “Football For All is now central to the whole organisation and our Chief Executive Patrick Nelson recognises its importance and has embedded its values throughout. In the past it was probably viewed as on the periphery of the Irish FA’s core business, where now it’s central to what we do.” This focus is central to the desire to create a more inclusive Northern Ireland national team. Boyd credits the work of the various supporters’ groups in the progress to date in regard to the Windsor Park atmosphere. However, he also draws attention to work within the stadium away from matchdays.

Redevelopment of the stadium in 2014 led to the opening of a new Education and Heritage Centre, which Boyd believes showcases the Irish FA’s “vision of promoting, fostering and developing football for all in Northern Ireland”.

“The centre is a great space in which we can bring various groups from the community to experience Windsor Park and to perhaps change the perception held by some about Windsor Park and Northern Ireland in its current form.

“I understand that there are people out there who view Windsor Park as a no go area. For some that will never change but for others, who are willing to experience it, they can see for themselves the work that has gone in to making Windsor a shared space.”

Boyd recognises that there are still some areas of contention. The national anthem for example has been raised as a potential barrier to nationalists coming to Windsor Park. “We want to create an identity for Northern Irish football, where people can be involved and feel comfortable with their Irishness or Britishness. That’s the ideal but we’re not experts in creating such a space.

“I think these issues have to be tackled on a much broader scale and probably through multi-sport engagement. Getting the right balance to create that Northern Ireland identity and facilitating everyone to feel included is a big challenge.”

Looking to the future, Boyd outlines ambitions to see the ‘Let Them Play’ strategy continue to deliver for local communities, putting a particular focus on continuing progress in regard to increasing participation in the girls’ and woman’s’ games, while providing the proper structures and pathways to maintain the interest.

He adds: “From an inclusion point of view we would also like to see greater female representation through the various structures. Having more women at the decision-making table makes for better diversity in outcomes and a more efficient and inclusive dynamic.” 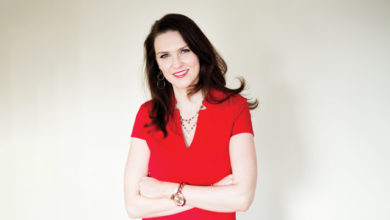 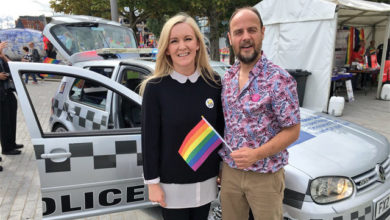 A change of culture 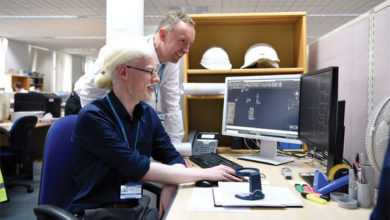 Are misconceptions curtailing the recruitment of blind and partially sighted people in Northern Ireland? 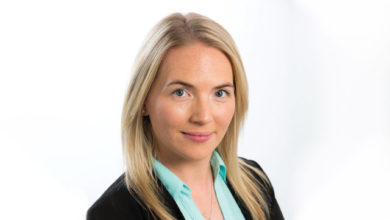