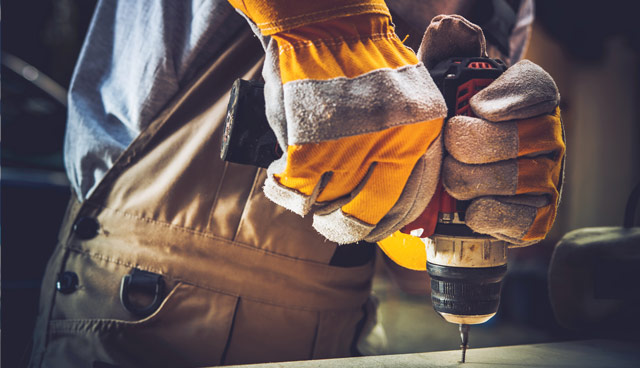 A skills shortage in the Northern Ireland labour market is being exacerbated by the uncertainty around Brexit following a 26 per cent drop in the number of EU workers employed across Northern Ireland since the referendum decision.

In March, a report by the Department for the Economy calculated that almost all employment recovery in Northern Ireland over the past decade was driven by migrant workers from the EU.

Migrant workers were also the main basis of employment growth in England and Scotland, however, in these instances the number was mostly split between EU and non-EU migrants. In Northern Ireland, meanwhile, international inward migration is euro-centric, with a limited influx of migration from outside the EU.

EU workers have been key to plugging the skills gaps that have emerged in the Northern Ireland labour force, especially in key industries such as agri-food, manufacturing, hospitality, health and retail. Any systemic change to the labour market could inhibit the ability of Northern Ireland to compete with other regions, not least the Republic, for investment.

Recently, in a letter to the Chair of the Migration Advisory Committee, Alan Manning, Head of the Northern Ireland Civil Service David Sterling warned: “If existing foreign investors find that access to labour/skills is limited and is hampering business development and/or expansion, then FDI flight (to the [Republic of Ireland] or elsewhere) is a very real possibility, particularly for companies with adequate mobility to follow the labour and skills.”

Recent data obtained by The Detail has highlighted the downward trend in the EU migrant workforce which has occurred since the Brexit referendum. Latest labour force statistics from the Department for the Economy show that, excluding workers from the Republic of Ireland, there were 14,000 fewer EU nationals working in Northern Ireland at the end of March 2018, compared to the period of the June 2016 referendum.

Industry in Northern Ireland has long voiced concerns, even before the outcome of the Brexit referendum, that a labour gap was emerging in skilled job sectors such as joinery, welding and engineering.

The latest Northern Ireland Skills Barometer has forecast the need for 80,000 jobs to be created by 2026, with expectation for more than a third of these to be filled by a combination of migrant workers and graduates.

While uncertainty around the eventual outcome of Brexit is clearly a key factor in the decline in the flow of EU workers, other Brexit factors are also evidently playing a part, most notably the fall in the value of sterling since the referendum outcome.

One example of how the decline of EU workers can impact individual sector can be seen in agri-food. Through Freedom of Information, The Detail attained the previously unpublished Harvesting Tomorrows Skills (HTS) survey by the Northern Ireland Food and Drinks Association.

Carried out between September and October 2017 and sampling 23 firms of various staff sizes, the survey found that 80 per cent of agri-food companies saw a fall in recruitment of workers from the EU.

Of the companies surveyed, almost 70 per cent reported a “moderate or severe level of difficulty in attracting new workers”. While dependency rates on migrants ranged from 0 to 90 per cent in companies, only one-third of companies said Brexit had not impacted on recruitment.

The Survey concluded there existed “an alarming level of migrant employee dependency” and that the current employment difficulties posed a “new scenario” for business in the sector.

Some of the key findings:

Following completion of the survey, an internal memo of the Northern Ireland Migrant Skills Sub Group within the Department read: “The key issues arising from this survey is where the future labour supply will come from. This is not just a skills issue for the sector; there are concerns about whether Northern Ireland will have the worker resources (skilled or not) to fill posts in the future.”