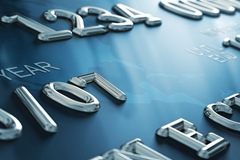 The province is connected explicitly with any increase or decrease in spending per head in England through the Barnett formula so any cuts experienced across the water will have a knock on effect here. Bank recapitalisation and changes in taxation will also play their part in the next parliament, as will the slow recovery from recession.

Having put the block grant to Northern Ireland at the heart of its plans for a hung parliament, the largest local party plans to press for reduced corporation tax in the province and a cut in VAT for the construction industry.

The UK, it says, “suffers” from a high level of corporation tax, which should be “substantially reduced” to push economic growth on.

DUP Finance Minister Sammy Wilson, however, had previously told Francie Molloy in a written Assembly answer that the Economic Reform Group’s report “added nothing new”. For Wilson it posed

a danger to the province’s block grant, although cuts should be pursued before any increase in taxation.

For first-time house-buyers, a reduction in stamp duty would be supported while any increase in national insurance would be opposed. The party also proposes a cut in VAT for construction work to 5 per cent.

Northern Ireland should be designated as a special economic zone, with “reduced regulation” as an incentive for business. In both Westminster and Stormont, too many departments are involved in economic policy and a single economy department is proposed at each level, the party says.

Irish unity, Sinn Féin says, is “an economic imperative”. The party reaffirms its commitment to fiscal autonomy as it would allow for greater control over the North’s economic affairs and would develop the all-island economy.

Despite being critics of the economic constraints of the single currency, the party still advocates entry into the euro and demands “fiscal sovereignty” including the transfer of powers from Westminster to vary taxation and set financial policy on issues such as the minimum wage.

Job creation and retention will be key to ensuring economic growth, the party states. They direct the reader to their previously published strategy document ‘Getting Ireland Back to Work’, which contains 80 proposals to retain and create jobs. In addition, they say that the Executive should create a jobs task force, charged with retaining jobs in the province, while local job creation strategies need to be specified in a new Programme for Government.

Public procurement processes are supported by the party and would be a means of expanding opportunities for small and medium sized enterprises.

The party also proposes a single state- owned all-island bank, possibly made up of AIB and Bank of Ireland, and opposes NAMA in the South.

Boldly, the party states that it is the only one in the province with “a job creation agenda”. More fiscal incentives need to be put in place according to the party. An all-Ireland corporation tax rate is proposed, which would create 12,000 jobs here in five years. A ‘green new deal’, it says, would also create an extra 30,000 jobs.

VAT would also be reduced for the refurbishment and extension of existing homes to 5 per cent.

Invest NI would be given greater freedom from DETI. The party says it will also encourage the organisation to be “more responsive to business needs”. The party also commits to fighting “Tory tax cuts for the rich and rises for everyone else”.

Running on a joint manifesto with the Conservatives, the Ulster Unionists have signed up to turning Northern Ireland into an enterprise zone. Re-balancing the economy here and boosting the private sector are also both priorities.

Simply put, “Britain needs a new economic model”, say the Conservatives. All departmental budgets apart from health in England will face cuts and within 50 days of taking office, the party would deliver an emergency budget to eliminate the deficit throughout the next parliament.

The Tories sets out eight benchmarks for the UK economy for the duration of the next parliament. Chief amongst them is to make sure that the whole of the UK should benefit from prosperity and not just the South East.

The alliance would raise the primary threshold for national insurance by £24 a week, the secondary by £21 a week and the upper limit by £29.

Steep cuts in public spending will be opposed by the party while it will seek to get Northern Ireland exempt from cuts in return for a commitment to reform.

A proposal to lower corporation tax to 12.5 per cent is also put forward along with a local commitment to move away from a 70 per cent reliance on the public sector.

The party also opposes immediate cuts in public spending as further expenditure is needed to “cushion” the UK from the worst of the recession.

Having presided over the best of the boom years, “radical change”, Labour contends, is needed.

Government borrowing is at a record high, but Labour has pledged to halve the deficit by 2014 “through economic growth, fair taxes, and cuts to lower priority spending” while government stakes in nationalised banks would be realised.

In a clear move against the Tories, the outgoing government claims that “to cut now would push the economy back into recession”. Once the recovery is secured, it then commits to “rapidly reduce the budget deficit”.

The controversial national insurance increase of 1 per cent has been put back to next year and will not affect pensioners or people earning under £20,000.

The Government has also agreed lending targets with the two part government- owned banks. The Lloyds Group have committed to lending a total of £47 billion between March 2010 and March 2011. In the same timeframe, the Royal Bank of Scotland will lend £58 billion, including £8 billion in mortgages.

The banks would come in for a shock as the party proposes that the institutions regulated by the FSA should be broken up to allow for a more local or regional source of business finance. The party does realise the time which would be needed for that to happen and in the meantime would introduce a levy on banks’ profits.

The first £10,000 a worker earns, the Lib Dems say, would not be taxed and they point out that low earners would not have to pay any tax at all. To pay for it, the party would tax capital gains in the same way as income “so that all the money you make is taxed in the same way”.

Like Labour, the party is not calling for instant cuts as they could be detrimental to the recovery. Under the Lib Dems, no cuts would be made under the beginning of 2011-2012.

Tackling the public sector debt has to be through “significant cutbacks across bloated bureaucracy”, the TUV says. Many of the 1,162 quangos are proposed for the axe as the party says over £1 billion could be saved each year.

In tax terms, the TUV advocates a flat-rate system, which it says will be simpler. Any VAT increase would be opposed as it would be “totally inappropriate”.

For the Green Party, a Robin Hood tax of 0.05 per cent on financial products such as stocks, bonds and derivatives is proposed to claw back £250 million from the banks. A neutral carbon tax on the industrial use of energy is also suggested.