The Director of the Local Government Policy Division at the Department of the Environment, Nichola Creagh reflects on the progress of local government reform and how that progress can be conveyed to citizens. 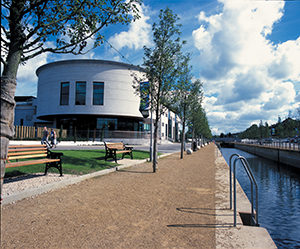 April 2015 saw the reform of local government take place as Northern Ireland transitioned from 26 to 11 local councils. One year on from this event, the Director of the Local Government Policy Division at the Department of the Environment, Nichola Creagh explains that now is the time to take stock and make sure the reform is moving in the right direction.

For Creagh reform is more than an event, it is a continuous process of moving forward. “Now is the perfect time for critical evaluation of our reform,” says Creagh. “This process of reform isn’t just limited to local government, it involves all parts of the public sector and is about the change in the relationship between government bodies and with the public in general.”

While critical evaluation is important, Creagh notes that as everyone in the public sector is on this journey together, it is a process that must not become focused on criticism. “Criticism is not a productive component of any relationship and supporting each other to deliver better services is still the most important outcome of any evaluation,” she states. Creagh also acknowledges that a reform process can only be deemed a success if citizens agree that the service they get now is better than that they received five years ago.

Closer links have now been formed between local and central government and the partnership panel sits at the top of this new relationship. The panel brings together elected members from central government and local members to make decisions about the future of the reform process. With Assembly elections on the horizon new departments will be in place and the opportunity for executive ministers and locally elected members to come together will increase.

Creagh is hopeful that the impending changes at Stormont will allow for the delivery of a whole government approach. This approach will foster a vision for Northern Ireland that considers the Programme for Government and looks at the issues brought forward through vehicles like the community planning partnerships.

“The reform of both local government and the Assembly provides a vision for Northern Ireland that everyone can sign up to and is committed to delivering,” states Creagh. “Without that vision and cohesiveness it is very difficult to actually envisage how we will change things for the better. We will be stuck in the traditional mould of people doing things in their own style but this reform is about creating the opportunity for collaboration and cooperation.”

Community planning is one of the key elements of this reform and is proving to be a success so far. Community planning allows organisations and individuals to come together and put a plan in place for their area that contributes to the wider plan for Northern Ireland as set out in the Programme for Government. In discussions prior to the implementation of this reform programme, the idea of making departments statutory partners in community planning partnerships was rejected. However, due to the collaborative nature of these partnerships departments are usually heavily involved.

Another of the improvements that have arisen from the reform process is the increase in the adoption of shared services. While this increase highlights desire among elected representatives and officials to collaborate and realise the benefits of effective cooperation, Creagh notes that shared services do not reduce the autonomy of any department or public office. “When it comes to how we can better deliver services to citizens in a cost effective manner, sharing services, especially IT services just makes sense and is something that will increase as we move further along the reform programme,” she says. 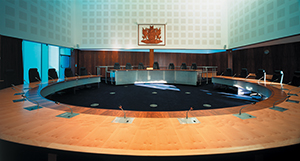 While reforms are about cooperation and delivering better services for citizens, the improvement in performance and increased transparency provides the opportunity to demonstrate how things have improved to citizens.

One of the reform’s most contentious issues is the introduction of ethical standards and a code of conduct that is now applicable to local councillors. “This code of conduct is not intended to imply there was some problem with ethics, it is simply a natural movement towards transparency in government,” says Creagh. Transparency is important as it improves relationships between authorities and citizens. The code of conduct gives citizens a guideline on how they should expect their elected representatives and officials to act and it deals with infringements and takes decisions based on objective evidence. “We need to be aware of the context of the code and how we might actually make sure there is never any question in the public’s mind around those issues,” states Creagh. “As we move forward together the approach adopted by local government will be adopted by everyone. There is now no place for division between central and local government, we need to work together.”

To ensure citizen support for the new structures now in place, Creagh realises the importance of effective consultation with stakeholders. Stakeholder participation has increased to the point where it is now considered the norm and Creagh is confident that as councils and the Assembly move forward together it will further increase. “We cannot know what people want unless we talk with them and act on their responses and that is why it is so important elected members are involved in these processes because they are elected by the citizen to represent their views,” states Creagh.

Reflecting on the necessity of reform Creagh notes while increasing local authority power and making those authorities more accountable to citizens are important benefits of reform, the focus must always remain on improving services for citizens. “Ultimately, reform is about providing cost effective services and doing better than we have ever done before for the citizen. It is about getting value for money which as we all know, is only achieved by providing good quality services at cost effective prices,” concludes Creagh.