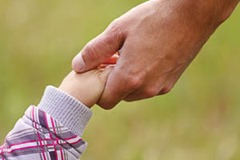 An all-island network that will transfer paediatric congenital cardiac services from the Royal Victoria Hospital to Dublin has been announced. The model is based on an independent report by the international working group chaired by Dr John Mayer from Boston Children’s Hospital.

The report recommended that paediatric and interventional cardiology should be provided by a single children’s heart centre based in Our Lady’s Hospital in Crumlin, South Dublin. The report is currently out for public consultation until 23 January. It is likely that more children will receive surgery at a specialist centre in Great Britain until Dublin has the appropriate capacity.

The report praised the high standards of cardiology services provided in Belfast but the small number of surgeries taking place was not seen as viable. Around 150-160 children from Northern Ireland with congenital heart disease require cardiac surgery per year which is currently carried out in Belfast, Dublin, London and Birmingham. Between April 2013 and March 2014 a total of 44 patients underwent cardiac surgery in Belfast. This surgery is carried out by a Belfast-based cardiac surgeon on a temporary basis who is supported by colleagues from Dublin.

The Health Minister, Jim Wells, said that “the simple reality is that we cannot reach these standards alone” and the report is “a solution which will deliver a surgical service which would see children treated in accordance with the highest standards of safety.”

Mayer said that he had seen a real willingness to make an all-island solution work. “Evidence from other countries tells us that the concentration of surgical and interventional paediatric congenital cardiac cases is associated with improved outcomes for children,” he added.

However, families have raised potential difficulties around transport, emergency care and services provided for patients and their families who do not reside in Dublin. The new network requires a family advisory group to be established to involve them in decision-making. A single governance committee is needed and the records of patients should be stored in a central database.

The report found that paediatric transport services needed to be upgraded and proposed quarterly meetings between the paediatric and neonatal transport services in both jurisdictions to ensure safe transfers between outlying areas and Belfast and Dublin. Advanced practice nurses should provide support to patients and families and manage the transfers.

It was also identified that the paediatric cardiac intensive care capacity in Dublin needs to be expanded to provide at least 10 fully staffed beds. Telemedicine links between Northern Ireland and the Republic also need to be upgraded and a flow of expert personnel between the two sites should be established.

Minister Wells and his counterpart in the Republic, Leo Varadkar, have said that the report provides “a key opportunity for joint cross-border working in a critical service area which will benefit the people in both jurisdictions.”

Children’s Heartbeat Trust Chief Executive Sarah Quinlan commented that the move from Belfast was “extremely disappointing” but it was important that the report had “put an end to the notion that future provision of paediatric surgery for our children should be in England”.

She added the report needed to be given “complete and careful consideration” with “a clear pathway for these children provided locally.” It was critical, in her view, that the proposals were implemented in full with commitments from both ministers.

Quinlan stressed that creating a partnership with staff at all levels working between the two sites is key to ensuring that children can still receive the vast majority of their care in Belfast and also to maintain the skills of Belfast-based clinicians.