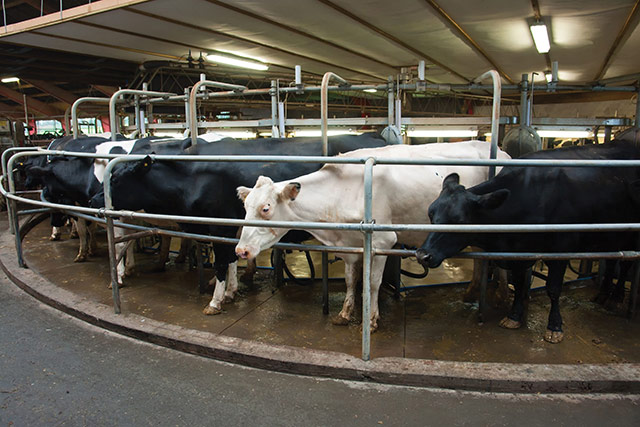 agendaNi’s Richard Halleron speaks to some of the leading voices of the agriculture sector about the impact of the Brexit referendum and what the future holds.

The Ulster Farmers’ Union has held a series of internal and external meetings in the wake of the referendum decision for the UK to leave the EU. Speaking to agendaNi, UFU President, Barclay Bell, described it as a major challenge for the farming industry, saying that the certainty farmers need and want will take a considerable time to emerge.

“With the decision taken the debate for us moves from the politics to the practical. There are many areas where we need reassurance that the position of farmers will not end up worse. These include long-term substitute support measures for the CAP, market access to Europe and a simple trading relationship across the Irish border for all agricultural products,” said UFU President, Barclay Bell.

In the wake of the referendum outcome the UFU has already held meetings of its board, executive and also participated in what is expected to be the first of a series of meetings with the Northern Ireland Agriculture and Economy Ministers. This is just the start of a process where issues related to Brexit will top the agenda. Given that the process of leaving the EU will take at least two years, and represents uncharted waters, the UFU says its aim is to set priorities for the outcome and to then make sure they are achieved.

“This will involve negotiations here, in London and in Brussels. We do not under-estimate the scale of the task, but continued financial support and access to markets is key to the survival of the farming industry here, and indeed the many thousands of jobs in food processing,” said Bell.

“The decisions ahead will be the most crucial in a farming generation and this clearly highlights the importance of having a strong Ulster Farmers’ Union to represent the views of farmers from all sectors and across all geographical parts of Northern Ireland. We are committed to agreeing a strategy for what is best for the industry and seeing it implemented.”

He added that farmers and others would need patience for discussions that would bring many fears and frustrations for farming families. “In an uncertain agricultural world they want reassurance and certainty. But for now the only certainty is that the existing CAP support measures and trading arrangements will remain in place until a new system is agreed.” 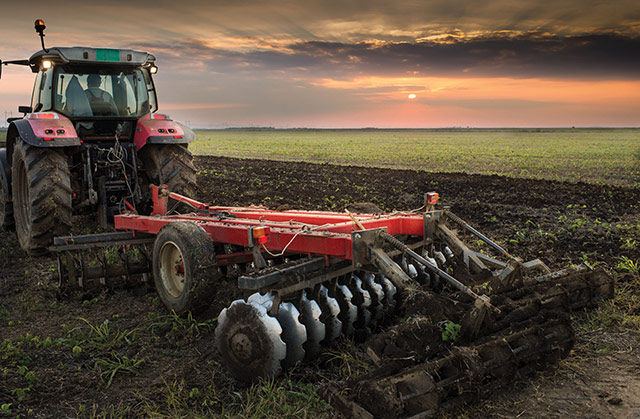 The UFU said it welcomed assurances from the DAERA Minister, Michelle McIlveen and the Economy Minister, Simon Hamilton, that they are committed to delivering outcomes that will protect the industry. “We were encouraged by their commitment and by their assurances that they will be at the centre of negotiations at Whitehall. Like us they recognise that there is no road map to a final decision, and that the industry needs an assurance of future financial support and market access. That has to be a good starting point for the long negotiations that lie ahead,” Bell concluded.

Meanwhile SDLP MLA Patsy McGlone, who sits on the Stormont agriculture committee, said that, in the wake of the EU Referendum, people need answers and has requested a full audit of the implications for Northern Ireland’s agriculture and environment industry. He said that 87 per cent of farming income comes from EU subsidies and farmers are asking what support they can expect now. He added: “They are rightly alarmed to hear that the First Minister is only now instructing officials to carry out contingency planning. There are countless jobs tied up with EU funding in rural development, agri-food, environmental and conservation projects and the people who stand to be affected are very worried.

“That is why I have asked officials to carry out an audit in respect of the impact of a possible Brexit. We must all appreciate the consequences in terms of a loss of EU funding for the departments, industry, stakeholders and other arm length bodies, as well as the implications for trade and businesses. It should also be made clear exactly what legislation is directly linked to EU regulations.

“The SDLP doesn’t believe our forced removal from the EU is a done deal. The majority of people here want to stay and we are working with the Irish government to encourage support for us to remain a part of it. We should remember how much support it has given our farming and fishery industries in Brussels in the past. We urge other parties to back this stance. At this moment, it is the most crucial issue we face.”

McIlveen believes that Northern Ireland’s agri-food sectors must look to the future and grasp the opportunities which a Brexit will present. This is fully in line with the leave policies espoused by her DUP colleagues in the run up to 23 June EU membership referendum. Speaking at the recent Royal Welsh Show, she said: “We are all now operating in the context of the UK’s vote to leave the European Union and my top priority is to ensure Northern Ireland’s agri-food industry, rural communities and environmental stakeholders fully exploit this new opportunity. I do not, however, underestimate the challenges ahead. That is why I am committed to working with Government colleagues in all of the devolved administrations within the UK to ensure that the livestock and crop sectors continue to be supported.

“The people of the UK have given a clear mandate for Brexit and it is now imperative that we secure the best possible settlement for everyone. For us as ministers and leaders in the agriculture sector, that means we protect and promote the interests of farmers and producers during and beyond the Brexit process. This in turn will directly benefit the wider public who enjoy, and indeed rely on, the dairy, meat and other food products that come from the agri-food industry.

“In this context, this engagement with Lesley Griffiths has been extremely constructive and I look forward to further collaboration with her, and between our Departments, in the weeks and months ahead.”

Farmers in Northern Ireland will lose out by as much as €34,000 (£28,676) a year, in the wake of a Brexit, Sinn Féin MEP Martina Anderson has warned. “The agriculture industry, one of the most vital industries on this island, now faces serious problems,” she said. “When this referendum was called, and indeed throughout the campaign, the case of Irish farmers did not cross the mind of the British Tory party. The economy in the north relies heavily on EU agricultural payments and subsidies, as well as other important regional funding. Given the Tory agenda of austerity and their cutting of the block grant, we in Sinn Féin have absolutely no confidence that the British government will replace these lost funds.

“In terms of the Common Agriculture Policy alone, farmers could lose in the region of €34,000 a year, which would cripple their livelihoods. This is not to mention the impact possible restrictions placed on cross-border trading would have. We in Sinn Féin fear that in future negotiations and in the eventual case of a Brexit, the British government won’t fight for farmers in the north. Sinn Féin will continue to stand up for Irish farmers and fight their case in Europe, Leinster House, the Assembly and local government.”