Young workers face a very different and much harsher world of work than working-age adults as a whole, suggests economist Lisa Wilson, who has analysed the widening employment rate gap between young workers and working age adults since 2008.

It’s all avocado and toast for the young people of today. That is, according to some, who argue that it is this overspend on frivolous goods that is the reason why young people are finding it difficult to afford rent, purchase their own home or even afford some of life’s basics such as being able to keep their home adequately warm or damp free, never mind making regular savings or payments into a private pension.

Given that the money we earn from working is where the majority of us get the money we need for living, it is instructive to look to how young people have been faring in the labour market and to structural changes in the youth labour market over time to help us understand some of these issues further.

Recent NERI research focused on the extent, structure and security of employment for young workers and how this has been changing since the 2007–2008 economic crisis. In doing so, it found that since the crisis young workers (those aged 16 to 24) have faced and continue to face a very tough labour market. In fact, what is most apparent from the data is that young workers face a very different and much harsher world of work than working-age adults as a whole. 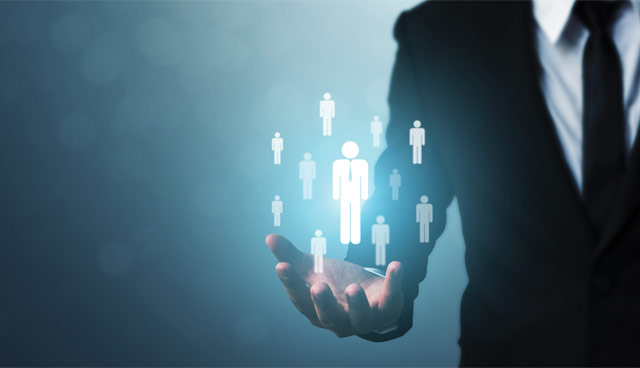 In fact, as month-on-month we applaud the performance of the labour market in terms of its recent good record at creating jobs, we rarely recognise the fact that most of the growth in employment amongst the working-age population since the 2007 to 2008 economic crisis has been driven by older workers (those aged 50 to 64). Specifically, by 2019 there were 77,000 more workers aged 50 to 64 than there were 2007. In comparison, by 2019 there were 19,000 fewer young workers in the labour market than there were in 2007.

What is more, young people within the labour market have also faced a deterioration in the security and a decline in the hours of employment since the 2007 to 2008 economic crisis. Whilst both of these changes appear to be consistent with broader structural changes which have occurred across the wider labour force since the economic crisis, younger workers appear to have experienced these changes more acutely.

For example, in 2018–2019 over one in five of all young workers were employed on a temporary basis. This compares to one in six in 2007 to 2008. You might say, but sure young people like the flexibility offered by temporary work and that’s exactly the kind of job they are after as they combine work with study. Yes, for some young people combining work with study, a temporary contract might be exactly what is sought after if all that the job is required for is to obtain a bit more money for socialising. However, many young workers who are combining work with study are doing so because they have to, with the money earned needed to pay for things such as rent, food, clothes, core textbooks and so on. What is more, young workers who are not combining work with education are also overwhelmingly more likely than working-age adults as a whole to work in a temporary job and this has also been increasing overtime.

In terms of working hours, the increase in part-time employment since the 2007 to 2008 economic crisis is notable across all workers, but particularly so for young workers with close to 50 per cent of all young workers and almost 30 per cent of non-student young workers working on a part-time basis. And as the youth labour market comes to be made up of a greater proportion of part-time jobs, levels of underemployment are increasing due to people working part-time only because they cannot find a full-time job.

The rationale for giving workers below 25 a lower minimum wage rate is based on the argument that younger workers are more at risk than older workers of being priced out of jobs. This, it is argued, is because they are likely to have less experience than older workers with whom they may be competing with. The logic is that the lower wage rate for younger workers would incentivise employers to hire them, because they are a cheaper source of labour. In turn, this would give young workers a chance to get their foot in the labour market door, so to speak.

However, if we look to trends in the rate of employment since the 2007 to 2008 economic crisis how do we square the rationale that has been given to justify the lower minimum hourly wage rate for younger workers? Rates of employment amongst young workers have still not recovered to their pre-crisis levels and have not spiked since the introduction of these new age based minimum wage rates. On the other hand, rates of employment for the working-age population as a whole are reaching peak levels. Using this evidence, the argument that taking a lower minimum wage provides a foot in the door for young people and provide invaluable experience is hard to maintain given that it has been older workers who have obtained most of the newly created jobs.

I can hear critics of my analysis ask “but imagine how much worse the employment rate of young workers would be if the legal minimum for under 25s was the same as it is for the experienced over 25s?”. However, I’ve never been a fan of conjecture. I much prefer looking at the available evidence. And the fact that we’re some years down the line of having a lower wage rate for younger workers and that the majority of newly created jobs continue to go to older workers suggests that we might need to revisit the very premise on which the differential rates of minimum wage is based. Because at the minute, irrespective of whether we look at employment, working arrangements, working hours or wages, no aspect of the labour market is coming up roses for young workers.

Lisa Wilson is an Economist at the Nevin Economic Research Institute.