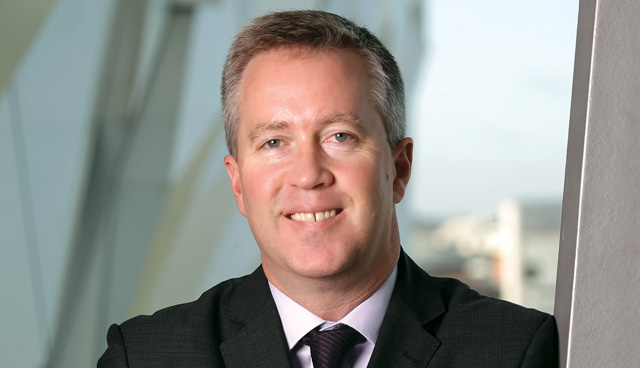 Paul Stapleton, Managing Director of NIE Networks talks to Owen McQuade about the challenges in running an electricity network business and how the grid is facilitating the transition to a low carbon energy future.

NIE Networks operate the electricity distribution network in Northern Ireland. It is an extensive network of 47,000 km with around 300 substations supplying 880,000 customers. Paul Stapleton took up his role earlier this year at a time of huge change in the energy sector. Climate change legislation, such as the EU Renewable Energy Directive and the Clean Energy Package is driving the decarbonisation of the sector. To achieve this, the sector is seeing significant growth in low carbon technologies.

Stapleton sees the challenges facing NIE Networks as being divided into two groups. The first focuses on the period of the regulated utility’s current price review. Under the regulatory regime the company’s income and capital expenditure plans are approved by the Utility Regulator for a specific time period. The current price review period, known as RP6, is particularly challenging and is set to run until 2024. The NIE Networks Managing Director says that the company has a “huge amount to do to deliver a successful price control”. This includes the delivery of a £700 million capital investment programme in the network and £55 million of efficiency savings. Despite these financial challenges he adds: “Against such a backdrop, we also want to improve the performance of the network which will improve the service to our customers. This can be difficult, particularly with the extreme weather conditions we experienced this year. During Storm Ali for example, we experienced the highest wind speeds on record in Northern Ireland for the month of September. 100,000 customers lost supply but we managed to safely reconnect everyone within three days.” Another key objective for the electricity networks company is to enable other players to enter the connections market. A significant milestone achieved this year was the opening up of the market to competition. “Anyone connecting to the electricity network, whether that’s an individual dwelling, a generator or a large factory, now has choice in who can construct that connection,” explains Stapleton. “That’s a good thing, as choice is good for customers.”

“A key facet of this customer-driven change is the enablement of customers to make those choices.” 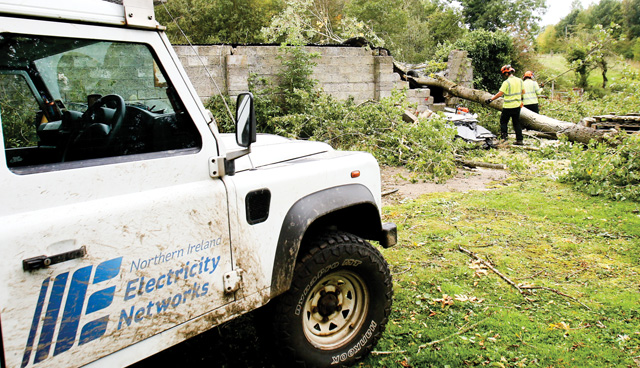 The other challenges look beyond 2024 to the transition to a low carbon energy system. Climate change and the reduction of greenhouse gas emissions is a huge challenge for energy use and one that is driving the transformation of the energy system. “The decarbonisation of the energy system is the single biggest challenge facing not just the energy sector, but society as a whole,” explains Stapleton. He sees the role of electricity networks being central to this transformation. “Ultimately, our role in NIE Networks is to provide infrastructure to enable sources of power to be connected with users of power; connecting generators to customers. The energy system needs to change and change fundamentally. We need to move to renewable sources of energy, which are becoming more distributed. There are now 23,000 different producers of electricity in Northern Ireland. Most of these are private citizens with solar panels on their roofs or with small wind turbines, many of which are connected to the remote ends of our distribution network.”

“We have to adapt the network to facilitate that change and this will continue to evolve. How people produce and use energy will continue to change as the uptake in technologies such as electric vehicles, heat pumps for heating homes and battery storage increases – this will have a huge impact on the distribution network. All of these are potentially ingredients to a new energy model where energy will be produced and consumed in very different ways than before. Our role in connecting these changing sources of energy production for customers and how we have to operate a more active distribution network has therefore got to change.”

Although government policy does have a key role in providing a framework for the transformation to a low carbon system, Stapleton believes that ultimately customers will drive this change. “They will make choices as to how they heat their homes, what modes of transport they use.” The route to a low carbon system is using more renewable sources of clean energy to replace fossil fuels in both heat and transport; this is the electrification of heat and transport sectors. 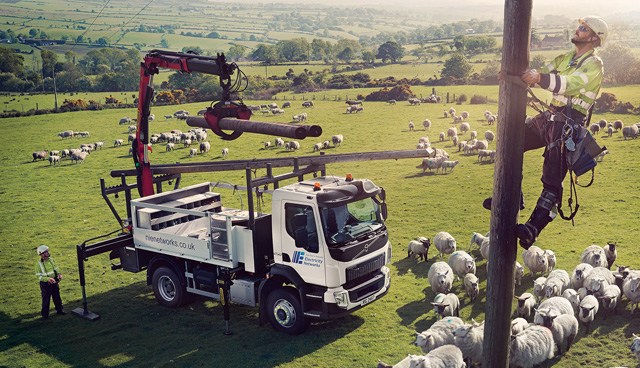 “A key facet of this customer-driven change is the enablement of customers to make those choices.” As part of its submission for its current price review NIE Networks performed analysis of the potential uptake for both heat pumps – which is the best energy technology for heating homes through electricity – and electric vehicles. The analysis detailed several different scenarios over the current price review period to 2024 and that showed quite a significant uptake of those technologies by the end of the next decade. However, Stapleton believes that the potential for both technologies may now be even greater: “This analysis is now two years old and if we were to update it I believe we would see the uptake of these technologies rise even more rapidly. This has happened in other markets where customers are choosing renewable solutions for heating and transport.”

Whilst customers will drive this change, government also has an important role and the network company will be a key facilitator for the changes. “In Northern Ireland we need a policy context that enables that change and to support customers, as they will ultimately determine the pace of change. The challenge for us is to anticipate those changes and to facilitate and enable that change. We need to manage bottlenecks in the network that could constrain those customer choices. We need to invest in the network to cater for these coming changes by deploying smart solutions.”

NIE Networks has engaged external consultants to look at the investment requirements for the various scenarios for the use of heat pumps and electric vehicles and how these technologies might be catered for with “conventional” investment in the network; “bigger transformers, more cables, more copper in the ground and bigger overhead lines, resulting in increased cost for customers”. It also looked at the alternative approach of deploying smarter technology solutions, including non-network solutions such as demand side response, whereby customers manage their demand through market signals thus reducing the need for network investment. It is evident that using a blended approach of conventional investment and smart solutions is the most cost-effective approach for customers.

“Energy storage also has a huge role to play,” says Stapleton. “Procuring energy storage services from third parties will allow us to manage the network in a smarter way and facilitate the uptake of electric vehicles and heat pumps.” There are also a range of smart ICT technologies that include using data more effectively with real time understanding of what is happening on the network. Using smart solutions in parallel with conventional investment leads to a smaller investment envelope required to facilitate the update of the low carbon technologies.

NIE Networks is trialling several of these new smart solutions and has recently obtained funding approval from the Utility Regulator to take this ‘smart’ approach forward over the coming years. “This evolution will see us moving from being a distribution network operator to a distribution system operator. The term ‘system’ implies something much more dynamic, active and integrated. Essentially, it is enabling broader access to the network and catering for the changing needs and choices for customers who are facilitating the move to a low carbon energy system and in a way that minimises the investment and the cost to the customer,” concludes Stapleton. 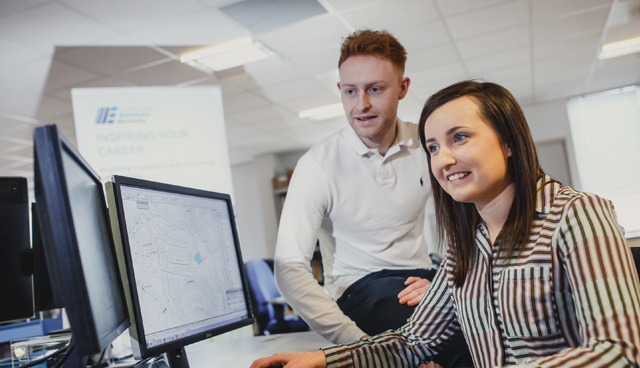 “A Distribution System Operator (DSO) securely operates and develops an active distribution system comprising networks, demand, generation and other flexible distributed energy resources (DERs). As a neutral facilitator of an open and accessible market it will enable competitive access to markets and the optimal use of DERs on distribution networks to deliver security, sustainability and affordability in the support of whole system optimisation. A DSO enables customers to be both producers and consumers; enabling customer access, customer choice and great customer service.”

To open up the network enabling customer benefits, there are seven key future DSO functions which are shown in the table below. These functions do not represent all the business functions of NIE Networks but rather those functions that will be subject to significant change or require development to enable NIE Networks to evolve into a DSO. These functions broadly align with the functions identified in the Open Networks Project but have been altered where appropriate to reflect Northern Ireland specifics.

A native of County Limerick, Paul Stapleton became Managing Director of NIE Networks earlier this year, having spent 27 years working for ESB in Dublin. He joined ESB as a business graduate and trained as an accountant before taking up a number of financial and strategic roles. The biggest change in his time in the electricity sector has been, “the change from an entirely monopolistic, government determined model to one that had seen huge liberalisation. The energy sector is now much more multi-faceted with many players giving customer’s more choice. By in large that has been positive for customers.”

Interests outside work include a “passion for Limerick hurling and Munster rugby”. He spends a lot of his free time on long walks with his wife Bernie and their three adult children.