A new Whitehall department, quietly set up in Northern Ireland to manage the international trade implications of Brexit, will bypass devolved decision-making and Executive accountability in its spending.

The UK Government’s Department for International Trade (DIT), which describes its new office in Belfast as “a new government department in Northern Ireland”, became operational in March 2022 and plans to have up to 75 staff located in Belfast by 2030.

It is one of four similar offices being established across the UK, following an announcement by then-UK Secretary of State for International Trade Liz Truss MP in 2021, with others in Darlington, Cardiff, and Edinburgh.

The UK Internal Market Act, signed into law in December 2020, centralised powers previously exercised in Brussels to Whitehall, rather than dividing them up to the devolved nations.

“We can’t have a system of direct rule lite where London ministers ignore the priorities of people and parties here to pursue budget busting sea bridges or tunnels and ignore our real needs.”
Former Infrastructure Minister Nichola Mallon

Critics argued that the move represented a ‘power grab’ and an attempt to roll back on devolution, stressing that any responsibility which is not specifically reserved should automatically pass to the devolved administrations.

The UK Government claims the move was necessary to preserve economic exchanges. However, the move comes at a time when the union has never been more fragile, with pushes for Scottish independence and Irish unity. It is arguable that the UK Government wants new major spending initiatives to be seen as centrally driven, and as a benefit of the union.

In March 2021, the UK Government touted that the Ministry of Housing, Communities and Local Government (now called Department for Levelling Up, Housing and Communities) was to open an office in Belfast. At the time, then-Infrastructure Minister Nichola Mallon described the move as the “latest step in dismantling devolution and removing power from local people here”.

Mallon was joined by counterparts in both Scotland and Wales in raising concerns that the setting up of a Whitehall office in Northern Ireland, with unilateral spending powers, undermined the core principle of devolution.

“We can’t have a system of direct rule lite where London ministers ignore the priorities of people and parties here to pursue budget busting sea bridges or tunnels and ignore our real needs,” she said at the time.

Opting against a Department for Levelling Up, Housing and Communities, however, the Government have instead installed the Department of International Trade, which it says is dedicated to bringing more investment, high-value jobs, and export opportunities to the whole of Northern Ireland.

The Internal Markets Act enables a UK Minister to provide “financial assistance for economic development etc”, out of money provided by Parliament, to a whole range of economic areas including infrastructure, housing, health facilities, and for economic development. This means that UK officials will have power to invest centralised levelling-up funding without the need for sign off from devolved assemblies or ministers.

In their annual report, published in July 2022, the Department of International Trade said that their future focus was for further expansion of trade and investment hubs in Scotland, Wales, and Northern Ireland: “Contributing to strengthening the union and levelling up by continuing to ensure equivalent access to DIT services for businesses across the nations and enhance local business knowledge of our FTA programme and trade policy.” 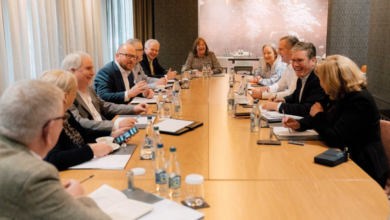 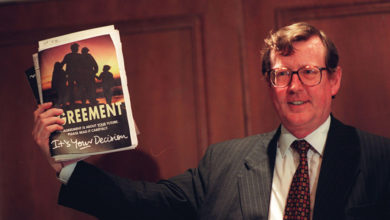 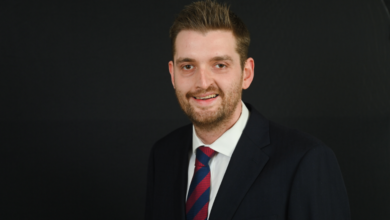 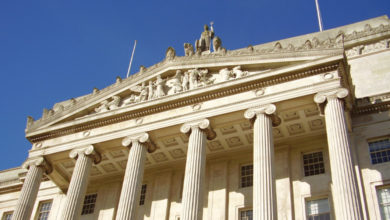