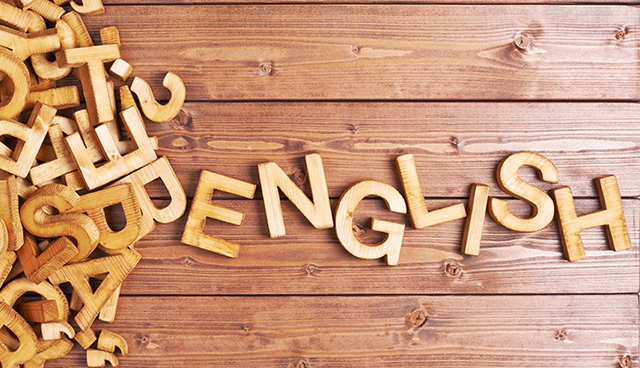 Following the first public lecture organised by An Roinn Ghaeilge agus Léann Cheilteach/the Department of Irish and Celtic Studies in Queen’s University, Bernadette O’Rourke from the Heriot-Watt University writes in agendaNi on the subject of monolingualism and linguistic intolerance.

In September 2016, my then seven-year-old son was out shopping with my husband in our local supermarket in Edinburgh. They were going about their usual business when my son was approached by a stranger who tapped him on the shoulder and said to him (politely) – “This is the UK and you should be speaking English”.

My son had been speaking French with my husband, who is himself French, and French is the language they always use together. This does not mean that they can’t speak English but in the monolingual English-speaking space of the Edinburgh supermarket, speaking French was seen as out of place. It was in some way marked and even deviant and did not fit in with the local environment.

This is just one example of where the authority to speak is contested – where a particular language is out of place.

There have, as we know, been changes to the make-up of our contemporary societies because of globalization and our populations have become more mobile through migration and transnational working. In almost all of the world’s societies, multilingualism is the norm – not the exception. However, our mindsets continue to be very much rooted in the principles of monolingualism.

This monolingual mindset is coupled very often with linguistic intolerance and the unquestioned ideologies behind them. These intolerances became more visible in the lead up to Brexit and in the aftermath of the vote. In this context, it suddenly became more acceptable to question ‘otherness’ and set up markers of differences with language just one of them.

These markers are not particular to the UK but can be found in many other parts of the world. In Denmark, for example, the increase in migration has created tensions and increased linguistic intolerance around the need to speak ‘better’ Danish. In France, Nicolas Sarkozy told migrants to speak French and attacked the burkini. In the US, on the same day the Trump administration took over, Spanish was removed from the White House pages.

How can we explain such acts of linguistic intolerance? Where do these ideas come from? How should we react if at all?

American anthropologists Kathryn Woolard and Susan Gal have talked about the role of what they refer to as “language ideologies” in understanding linguistic intolerance. Language ideologies are ways of thinking about language which include myths and beliefs about language. However, these myths become so engrained in the way we think in a society that they become facts and unspoken truths.

An example of this is the ideology that monolingualism is the norm. Multilingualism is at best exotic and at worst dangerous and out of place. Linked to this is the ideology of anonymity, whereby hegemonic languages such as English hold authority as the unquestioned “normal” language. This so-called “neutral” language is seen to belong to everyone and as such, appropriate for use in the public sphere.

This leads to a naturalisation of linguistic authority. This allows institutionally or demographically dominant languages such as English in the UK or US; or Spanish in Spain; or French in France to consolidate their position into one of hegemony. This allows their superordinate position to be naturalised, taken for granted and placed beyond question.

Galician, Basque and Catalan hold co-official status in their autonomous communities but Spanish continues to be the official language of the State. In certain contexts, the use of these languages can be seen as deviant or out of place compared with the ‘neutral’ use of Spanish.

Similarly, groups which demand language rights for Irish, Welsh or Gaelic speakers can sometimes be seen as insular or not global enough in their thinking as opposed to the perceived neutrality and cosmopolitism of English.

English has become the language from ‘nowhere’ and millions of non-native speakers around the world have now made it their own.

“It is often in the interest of hegemony to present the ‘other’ as insular or inward looking even though the ‘other’ can be progressive and outward looking.”

However, for some, English has also come to represent a particular culture, sometimes neoliberal ideologies and sometimes situations of injustice or domination. So, there is no such thing as a neutral language.

Recent discussions around Irish in Northern Ireland and questions of linguistic intolerance which were brought to the surface, resonate with those described above. Debates around bilingual signage at Queen’s University made the headlines and can also be understood within the frame of anonymity and monolingual regimes.

Debates around bilingual signage are not specific to Irish or to Belfast. They can be seen in other minority language contexts. In Scotland, there are, for example, frequent complaints about the bilingual signage in Gaelic and English. An exaggerated figure of £26 million is often cited when the real figure is more likely to be in the thousands.

Irish was clearly positioned as the non-anonymous variety in this debate. It was out of place and creating unease. English had gained naturalistic linguistic authority and its default use in all institutional signage was unquestioned.

Interestingly, Irish language groups did not seem to be asking for monolingual signs in Irish. Their request was for bilingual signs in both Irish and English and as such, in no way disadvantaging members of the population who did not understand or read Irish.

In discussions around the proposed Irish Languages Act there was a call for a package that would not impinge on people who did not speak Irish so that “one language is not valued over another in a way that leads to cultural or language supremacy”. Here again there is the unquestioning of English as the hegemonic language, a language which as we know is highly valued and compared with all other local languages, holds supremacy.

While the contexts in which we find linguistic intolerance are varied, at the root of this intolerance are monolingual ideologies about language and a naturalisation of the linguistic authority of the hegemonic language. Linguistic intolerance of course covers up other kinds of intolerance, often linked to race or social class or ethnic group. Sometimes language can be an easy target and being insulted about the language you speak, the way you speak it or the contexts in which it can or cannot be used, goes unnoticed.

In 2008, a Group of Intellectuals was set up to advise the European Commission on the contribution of multilingualism to intercultural dialogue. They proposed the idea of everybody in Europe adopting a ‘second mother tongue’, arguing that for those Europeans whose mother tongue occupies a dominant position (such as English, French, Spanish, German etc.), acquiring a personal adoptive language (such as Irish, Breton, Sorbian etc.) would be particularly important, in order to avoid remaining isolated in monolingualism. In the current socio-political climate this message is now more important than ever.