The UK Government has recently published a White Paper on Online Harms. The paper seeks to address some of the online harms identified in a recent report by the House of Commons’ Science and Technology Committee which looked at the impact of social media and screen use on young peoples’ health.

In January 2019, the House of Commons Science and Technology Committee produced a report which detailed the impact of social media and screen-use on young people’s health. In recognising the benefits brought about by the use of social media, the report points to a “host of unintended consequences”, some of which have been “detrimental” and “dangerous” to the wellbeing of children.

The Committee outlines a “patchwork” of regulation and legislation in relation to social media, describing the current situation as a “standards lottery” in relation to the safety of children online. While recognising that public and private initiatives, such as digital literacy education, as well as technology solutions have had an impact, the committee calls for a comprehensive regulatory framework to set out the responsibilities of social media companies towards their user and a regime for upholding those responsibilities.

In 2015, the OECD reported that 94.8 per cent of 15-year-olds in the UK use social media sites before or after school. 24.1 per cent of the same age category reported to spending more than six hours a day online, outside of school, compared to an OECD average of 16.2 per cent.

While much of the attention tends to focus on the negative impact of social media, the committee highlights extensive feedback on instances where social media has been a force for good in the lives of young people. These range from building up friendships and supports, integration of cultures and even improved health advice and awareness.

However, there are also a number of areas identified for risk or harm. Recent Ofcom figures show that 16 per cent of eight to 11-year-olds’ and 31 per cent of 12 to 15-year-olds’ have reported seeing online content they found “worrying or nasty”.

Physical health and activity were a key concern. While much of the existing research in this regard tends to focus on television time and not on newer technology such as smart phones, there were notable concerns that digital technologies were displacing other more “valuable” activities such as exercise or face-to-face interaction. Lower levels of physical activity in young people have been linked to rising levels of obesity and diabetes across the UK.

Mental health and wellbeing were another concern. In 2015, the ONS reported that children who spent more than three hours on social websites on a school night were more than twice as likely to show symptoms of mental ill-health. Similarly, the NHS Digital’s survey ‘Mental health of children and young people in England’, published in November 2018 found that 11 to 19-year-olds’ with a mental disorder were more likely to use social media everyday (87.3 per cent) than those without a disorder (77 per cent) and were also more likely to be on social media for longer.

However, according to the committee’s findings: “The most robust research to date indicates that ‘moderate engagement in digital activities has little detrimental effect on, and even some positive correlations with, wellbeing’.”­

The report outlines a breakdown of the potential risks into three categories encompassing content, such as pornography, hate speech and advertising; contact, including grooming and exploitation, self generated images and sexting and live streaming; and conduct, including cyberbullying, body imaging and the promotion of harmful information and behaviours. 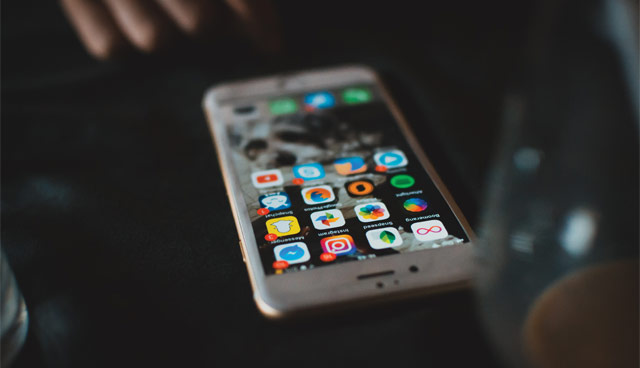 “While social media and screen-use is not necessarily creating these risks, it has, in numerous cases, amplified them.”

Calling for a joined-up approach to address the “plethora” of negative effects of social media, the report by the Science and Technology Committee says: “Our inquiry has illuminated a broad spectrum of benefits, risks and harms that children and young people may encounter via social media and screen use, While social media and screen-use is not necessarily creating these risks, it has, in numerous cases, amplified them. Initiatives are in place to address some of these harms – notably around cyberbullying – yet others are falling through the cracks.”

The report states that there is a “growing consensus” that the status quo in relation to regulation is not working and states that a new liability regime for social media companies, and the content on their sites, is required. In April, the UK Government published its ‘Online Harms’ White Paper which sets out a vision for:

● a free, open and secure internet;

● an online environment where companies take effective steps to keep their users safe, and where criminal, terrorist and hostile foreign state activity is not left to contaminate the online space;

● rules and norms for the internet that discourage harmful behaviour;

● the UK as a thriving digital economy, with a prosperous ecosystem of companies developing innovation in online safety;

● citizens who understand the risks of online activity, challenge unacceptable behaviours and know how to access help if they experience harm online, with children receiving extra protection;

● a global coalition of countries all taking coordinated steps to keep their citizens safe online; and

● renewed public confidence and trust in online companies and services.

In summary, the paper, which is open for consultation, proposes an independent watchdog to write a code of conduct for social networks and internet companies; giving the regulator enforcement powers including the ability to fine companies that break the rules and considers powers to fine company executives and force internet service providers to block sites that break the rules.

The Government says that it will consult with the devolved administrations, in particular the implications for law enforcement, and “explore how we can advance a cohesive UK-wide approach to educating children and adults about online safety”.