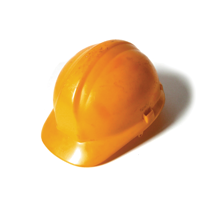 Designed to help the unemployed, social benefit clauses are likely to feature in future infrastructure projects despite construction sector concerns about their effectiveness.

The Giant’s Causeway visitor centre is hailed in the draft Investment Strategy: a proud example of tourism infrastructure, funded by the Executive.

While many identify the centre with the Causeway coast and glens signature project, the development also represents the shift towards social benefit clauses in public procurement. Social clauses formed part of the construction contract and resulted in ten unemployed people and eight trainees and apprentices being employed.

The draft Investment Strategy emphasises the benefit of social clauses for the long-term unemployed and apprentices. “These changes in how we procure major works are already helping young people,” it states, “particularly in areas of high deprivation, to access valuable training opportunities at a time of particular difficulty” in the jobs market.

It also highlights the importance of public benefit from new facilities. In new school builds, for example, better design is being considered to facilitate safe and secure public access after school hours.

Sinn Féin and the SDLP pressed for the policy’s introduction. A Programme for Government commitment on public procurement contracts will accelerate the shift to social clauses: they are to be included in all contracts for supplies, services and construction. The Procurement Board revised its strategic plan (2012-2015) in June to require departments to set targets and to monitor implementation.

A leading source in the construction industry has told agendaNi that the intended benefits of social benefits are not being achieved and that the clauses are often unenforceable. If enforced, they would be too onerous on companies. Where clauses can be complied with, it is only possible because there are too many options for compliance.

Employers also often find it hard to recruit appropriately skilled long-term unemployed people. Recruitment of appropriate apprentices, he said, is made difficult by health and safety legislation on employing under 18s. An economic cost arises from social clauses, which is ultimately footed by the taxpayer.

A Department of Finance and Personnel (DFP) spokesman pointed out that social clauses were agreed with the industry through a Construction Industry Forum work group and were developed “largely around” Department for Employment and Learning (DEL) training programmes.

Successful contractors are directed to DEL’s support team for assistance in implementing social clause requirements. The team introduces contractors to the local lead training provider, who assists them in identifying candidates from the Steps to Work programme (soon to become Steps to Success). Training for Success clients are sourced through local college and training organisations.

The spokesman claimed that when it comes to health and safety legislation, no contractor is disadvantaged by employing young people.

Since 2008, social clauses regarding employment have been routine in central government construction projects but they are less common in local government and public utility contracts.

Contractors, either directly or through the supply chain, are expected to provide 13 weeks’ work experience or employment opportunities for the unemployed through Steps to Work for each £250,000 of contract labour value.

Alternatively, clauses can stipulate that 5 per cent of a contractor’s workforce and the workforce of its first tier subcontractors (with 20 or more employees) will be formally recognised, paid apprentices.

A third recommended clause obliges contractors to provide work for students on a construction-related course at university or college. This involves one 40-week student placement for contract labour value of £2-5 million, with two placements required for contract labour over £5 million.