Launched in late March 2022, following initial consultation on a draft strategy, the Skills Strategy was approved by the newly created Skills Council for Northern Ireland, made up of representation from government, business, trade unions, the third sector and education institutions.

Northern Ireland’s last Skills Strategy was published in 2011 and covered the decade up to 2020. The Strategy has been designed to support the May 2021 publication of the Northern Ireland Executive’s economic vision, with the aim of delivering an economy that is “10x stronger, 10x more prosperous, 10x more resilient” and recognising that this will require transformation of the skills system.

In September 2019, the Department for the Economy commissioned a report by the Organisation for Economic Co-operation and Development (OECD) to assess the key skills issues impacting the local economy and to develop a range of recommendations. The report was published in June 2020 and in the context of the pandemic, responses largely noted that investment in skills is key to economic recovery and ensuring the economy is resilient to future shocks.

The recently published Northern Ireland Skills Barometer 2021 highlighted that the pandemic has driven shifts in Northern Ireland’s traditional labour market, creating both long-term and short-term implications for supply and demand. However, while new challenges have emerged under restrictions and adaptation to the pandemic, it is important to note the new strategies need to address challenges that have pre-dated and potentially been compounded by the pandemic in the form of: 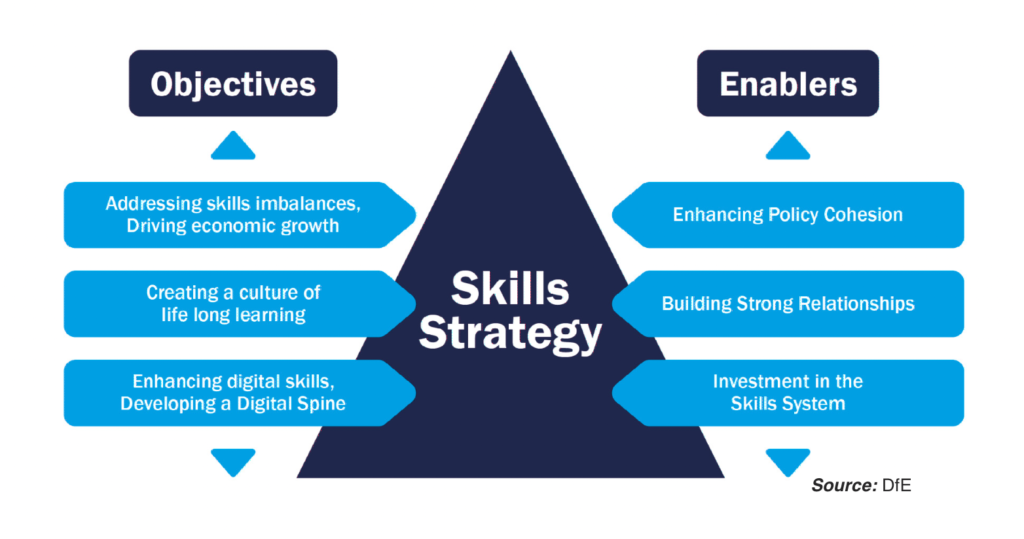 The need for transformational change to Northern Ireland’s skills system is being driven by a number of factors not least: rapid technological advancement, an ageing population, the need for green growth and Brexit.

“As our economy develops and automation displaces a growing number of jobs and job roles, the demand for higher level skills will continue to grow. It is vital, therefore, that we support as many people as possible to reach the qualification levels that will offer viable and sustainable opportunities in our emerging labour market.”

In aiming to address existing skills imbalances, with the aim of driving economic growth, the Strategy sets out a number of targets on which policies will focus, including:

2. Increasing the proportion of the working age population with qualifications at level 2 and above.

3. Increasing the proportion of the working age population with qualifications at level 3 and above.

A culture of lifelong learning

The vast majority of Northern Ireland’s 2030 workforce has already completed compulsory education, meaning that addressing skills imbalances in this timeframe cannot be addressed at early education level alone. Instead, bridging the skills gap of the working age population will require opportunities for individuals to upskill/reskill throughout their working lives.

To date, Northern Ireland is below the OECD average in participation in lifelong learning. Adults across the OECD spend 30 per cent more time in adult learning than adults in Northern Ireland. Response to Covid-19 has helped accelerate some necessary action in this area, for example additional investment has been made available for apprenticeships and in leadership and management training. The strategy acknowledges that these investments will need to be built upon, however it also acknowledges a need to address Northern Ireland’s current comparatively low culture of lifelong learning, proposing a first ever Lifelong Learning Project and Action Plan.

The 10X Economy vision indicates key strategic clusters set to drive economic growth and underpinning progress in those sectors is digital technology. However, an ambition to develop a digital spine goes beyond supporting those key clusters, recognising the heightened importance of digital competence in all work environments and as “a key aspect of an individual’s capacity to actively participate in modern life”. The Strategy has proposed a Digital Skills Action Plan.

Understandably, the Strategy emphasises the need for investment in the skills system to be prioritised, reflecting that investment in education and skills has fallen significantly in the last decade. However, to what extent the Strategy’s ambitions can be achieved will likely be affected by the continued absence of a multi-year budget.

“Northern Ireland faces some challenges in achieving this long-term planning for social, economic and skills development. There are issues which are challenges to skills systems everywhere. Investment in skills carries an inherent risk for individuals, businesses and governments, as the future is uncertain and conflict exists between electoral cycles and long-term investments in the face of constrained resources. The problem in Northern Ireland has been exacerbated through a recent history of single-year budget agreements, which prohibit certainty and stifle long-term strategic planning,” the Strategy states.

To this end, it is intended that the Skill Strategy will be endorsed as a whole-of-government Strategy, underpinned by two- five- and 10-year action plans, developed in conjunction with the Northern Ireland Skills Council. 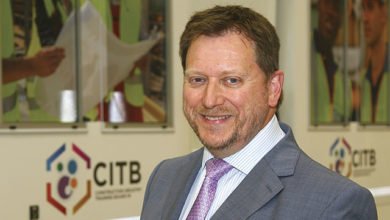 Skills and training: Vital for the future of the construction industry 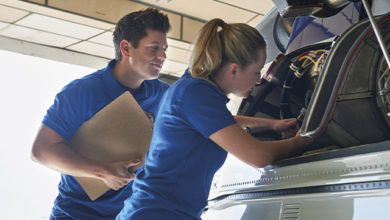 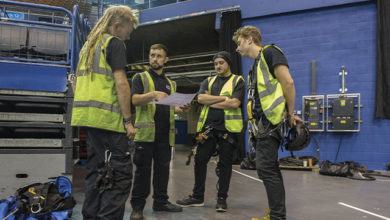 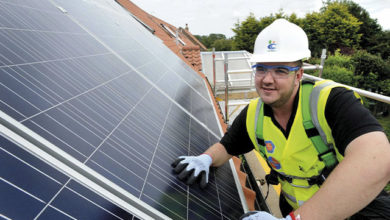