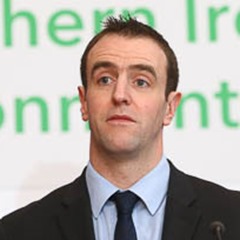 Environment Minister Mark H Durkan has introduced “challenging but bold” new legislation into the Assembly that would see drink drive limits lowered. The Road Traffic (Amendment) Bill will be the first major shake-up in drink drive laws since 1968 and aims to “tackle drivers who shamelessly continue to drink and drive.” The Bill would bring Northern Ireland into line with most of Europe, including the Republic.

New blood alcohol content limits of 50mg/100ml would be introduced with a de facto zero limit (20mg/100ml) for newly qualified and professional drivers. Great Britain would remain at the higher level of 80mg/100ml. Durkan states that “radical measures are necessary if we are to pursue an ambition of zero road deaths.”

In 2013, collisions caused by drivers under the influence of alcohol or drugs in Northern Ireland killed or seriously injured 50 people and caused a total of 394 casualties. The legislation will introduce an automatic referral onto an approved course for drink drive offenders unless a district judge deems it inappropriate. However, the offenders’ attendance of the course would be voluntary.

The Bill focuses on the safety of young drivers. Between 2008 and 2012, young car drivers aged between 17 and 24 were responsible for 42 per cent of fatal collisions, yet they comprise only 10 per cent of current car licence holders.

“There is a clear and compelling need to better prepare our young people for the road ahead,” states Durkan. Last year, 73 children (under 16s) and 176 young people (aged 16-24) were killed or seriously injured in road traffic collisions. Young people will be “preparing to drive for life rather than pass a test.”

A mandatory minimum learning period of 12 months would be enforced, though people would be allowed to apply for a provisional licence at the earlier age of sixteen and a half; the current age is 17.

For six months after passing their test, new drivers up to the age of 24 will not be allowed to carry more than one young passenger (aged 14 to 20) unless they are an immediate family member. The post-test period will be extended from one year to two and the de facto zero alcohol limit will apply during this period.

The Bill would remove the 45mph speed restriction enforced on learner and restricted drivers and riders, allowing candidates to be assessed whilst driving up to the speed limit. Learner drivers will be able to take lessons on motorways with a driving instructor in a dual-controlled car.

The Republic’s road safety strategy ‘Closing the Gap’ was introduced by Transport Minister Leo Varadkar last year. It will focus on the infrastructure of road networks, to which Northern Ireland is linked, in order to reduce collisions. Varadkar’s officials will work closely with northern authorities on joint North/South road safety campaigns and initiatives.

It sets 2020 targets to reduce the number of road deaths to 124 a year (from 162 in 2012) and serious injuries to 330 per year (from 485 in 2012). Roadside testing for drivers who may be under the influence of drugs commenced in 2013. Drivers using their mobile phones will now receive three penalty points instead of two. Varadkar stresses “the human cost of road traffic collisions.”

There were 57 fatalities on Northern Irish roads in 2013, an increase of nine deaths from 2012. However, this has decreased over the past decade with 90 fewer fatalities than in 2004. The second stage of the Bill was read in the Assembly at the end of May and Durkan describes it as a “historic opportunity to drive forward road safety.”