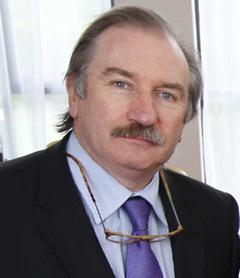 There is plenty of scope to raise more public money despite the fiscal conditions ahead, Mike Smyth contends, but the Executive must now make real economic decisions.

As the season of worsening economic weather continues to buffet the Northern Ireland economy, another storm warning for late October has been issued. The local economy is still reeling from the effects of the global financial and economic crisis. The UK economy is not in great shape and hefty cutbacks in public current and capital spending over the next four years are imminent.

On top of this, Northern Ireland is already adjusting to a cut of £367 million in this year’s Budget caused by a combination of unanticipated pay rises, lower than expected receipts from asset sales and the ongoing deferment of water changes. Can it get any worse than this?

The plain answer is yes if the Executive does not urgently begin to evaluate all the options for dealing with spending cuts. To date, the implicit reaction of the administration has been to seek to share the burden of cuts across departments and to urge ministers to find efficiency savings. It is becoming clear, however, that the scope for absorbing spending cuts by means of efficiency savings is limited in the shorter term.

Government needs to look at both tighter control of spending and at finding additional sources of revenue. Traditionally, Northern Ireland’s revenue sources have been the assigned departmental expenditure limits, the socalled spending block, together with regional rates and borrowing from the Treasury under the Reinvestment and Reform Initiative.

There are some additional sources of revenue that could be used to offset cuts in the allocated block. Faced with potentially huge reductions in spending year-on-year that will lead to cuts in services and/or redundancies, is it not already past the time when our politicians should evaluate the alternatives?

Given a choice between, on the one hand, reduced public service provision, lower employment and sluggish growth and modest tax increases on the other, should we not be looking seriously at the potential for local revenue-raising over the next few months?

Top of the list are water charges. Each year that Northern Ireland defers the introduction of charges it forgoes collecting up to £200 million, about half the expected annual cut in spending under the October Comprehensive Spending Review.

Next come rates which have been frozen for the past three years; surely it is time to end this freeze? Asset sales and even privatisation need to be carefully evaluated once again. The sale of Northern Ireland Water and the Port of Belfast could release many millions of pounds. The Housing Executive’s inability to leverage its colossal housing stock is another institutional tragedy and it is one that could be rectified with the appropriate political courage and vision.

The 2007 Executive Budget contained some populist measures such as free prescriptions and free transport for the elderly; they were introduced at a time when we thought we could afford them. That time has long passed. Additional revenues could be raised by increasing the MoT charge or by introducing a car parking levy right across the (broad) public sector.

A more speculative revenue-raising measure might be the introduction of a levy on mobile phone text messages. This could raise significant levels of new revenue. A 0.01p tax on every text message would raise in excess of £60 million each year. Finally, there is always the possibility of borrowing. There are limits on the borrowing capacity of central government but local government borrowing remains a possible source of additional resources with the borrowing being serviced from district rates receipts.

Time is running out for the Executive to exploit many of these alternatives and the prospect of public spending falling back to 2006-2007 levels now looms large. This is the stuff of real politics and demands the full engagement of our elected representatives. To continue to do nothing about revenue-raising only increases the likelihood that our economic prospects are none too rosy.