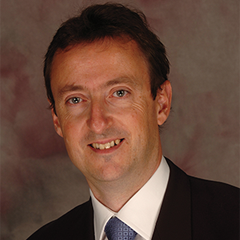 Experienced public affairs consultant Neil Johnston looks at regulating lobbying and the need for transparency over the funding of political parties in light of recent controversies around access to ministers.

The question of regulating lobbying is never far from the agenda in the UK and Ireland these days – including here in Northern Ireland. The Republic’s register is going live in September and the UK register is up and running for those lobbying the Westminster government. The question of the regulation of lobbying is particularly pertinent at this time in Northern Ireland following allegations about fees for ‘fixers’ and possibly politicians in relation to loan books sold by ‘NAMA’ – the National Asset Management Agency, the Republic’s bad bank. In addition Northern Ireland is ‘behind the curve’ not just in terms of regulating lobbying but also with regard to the regulation and transparency of political donations.

Sadly much of the debate about regulating lobbying starts from a negative perception about lobbyists and politicians. Regulation is, in the eyes of many, necessary in order to protect society from corrupt politicians and from lobbyists who are also deemed to have malevolent intentions. Reality is very different from this crude stereotyping. We need to abandon this mind set and approach the subject with the view that regulation is necessary to protect the overwhelming majority of lobbyists who are engaged in perfectly legitimate protection/promotion of the interests of their employers. Likewise most people enter politics with a passion and desire to improve the lives of their fellow citizens and it is unhelpful, and indeed unhealthy for democracy, to allow the cynical view ‘they’re all in it for themselves’ to go unchecked.

The lobbyists and politicians are not high in the popularity stakes but it is important that those of us who work in the field stand up and be counted. The job of articulating clearly and professionally the concerns and interests of your employer, whether that be a health charity, a professional body in the construction industry or the trade body of the pharmaceutical industry is perfectly legitimate. Likewise those in politics are surely entitled to the presumption that they are working in the public interest until there is evidence (not rumour and innuendo) to the contrary.

The devil, of course, is in the detail. How much information do you need to record? Every meeting? Every topic covered? Or is there a case for a simple public register of organisations and companies who are engaging in lobbying with detailed, and potentially commercial sensitive information, being lodged confidentially with a Registrar?

The need for protection I believe is now overwhelming. In the past lobbyists (and politicians) might have been subject to gossip but the internet, especially social media, now enables allegations to be circulated widely and rapidly. While there is the opportunity to resort to legal action this is a very complex and costly field.

A register would give lobbyists and politicians the confidence of being able to refute allegations by pointing to public records or the defence that the Registrar was informed of his/her activities. Journalists would also be assisted by having a repository of information to check their stories and facts against. Journalists, of course, also have to act responsibly. The current situation often seems to make much of the fact that a politician met a lobbyist – as pointed out this is perfectly legitimate – but perhaps a register would prevent the insinuation of wrong doing.

There is no doubt that the inference of wrong doing by lobbyists and politicians in Northern Ireland is magnified by the laws surrounding donations to political parties. The rules in Great Britain and the Republic are now very strict indeed but have not constrained the fund-raising efforts of the parties. Notwithstanding the historical reasons relating to anonymity for donors in Northern Ireland, primarily the threat of violence, it is long past time for Northern Ireland to be brought into line with the rest of the UK.