The Department for Employment and Learning’s permanent secretary, Derek Baker discusses how the department is attempting to reduce Northern Ireland’s high levels of economic inactivity.

The economically inactive are defined as people who are not in employment or unemployed. There are many reasons why someone may be considered economically inactive. They may, for example, be studying, looking after a family member or suffering from a long term illness. Traditionally Northern Ireland’s economic inactivity rate is high and is well above the average level in the United Kingdom.

Speaking at the 2015 Northern Ireland Economic conference, the Department for Employment and Learning’s (DEL) permanent secretary, Derek Baker, expressed the department’s belief that addressing the high rate of economic inactivity will play an important part in allowing Northern Ireland’s economy to reach its full potential. Baker highlighted the recent improvements in the local economy with the increase in employment and output and the decline in unemployment as positive signs although he did admit that the level of economic inactivity did not correlate with these changes.

“Economic inactivity has really changed very little in recent years,” said Baker. “This shows that despite a growing economy our growth hasn’t been sufficient enough to make any impact. Since 2003 our average economic inactivity rate has been 28 per cent and we really haven’t been able to do much about that. It did reach a peak of over 31 per cent but it has fallen very little. We have a long term problem of sustained low levels of output per head, which is partly a manifestation of high levels of economic inactivity, and addressing this fundamental structural weakness in our economy will prove crucial to increasing prosperity.”

As his attention turned to how the department is planning to tackle this problem, Baker drew attention to the fact that there is a strong correlation between higher skills, employment and earning power. While acknowledging that there has been some success in the transition of Northern Ireland’s workforce to higher skill levels as part of the department’s overall long-term strategy for skills he did admit that at present, the department is set to miss some of the targets unless there is a step change in performance. Baker was adamant however that this could be improved admitting “we are not doing enough or we are not doing it fast enough. We need to do better and work a bit harder.” 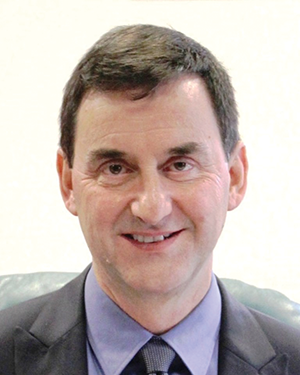 For Baker, it is clear that a focus on upskilling Northern Ireland’s population is very important. He pointed to the fact that skills is one of the five pillars of the Executive’s economic strategy. Discussing the importance of skills at a departmental level Baker drew attention to his department’s own skills strategy ‘Success through Skills.’ This strategy, Baker claims, provides the department with a blueprint for all its policies, strategies and programmes in higher education, further education apprenticeships, youth training and STEM (Science Technology, Engineering and Maths) and employment support. The strategy has three main target markets: those entering the labour market for the first time, those already in the workforce and those currently excluded from the labour force.

As part of the Executive’s Programme for Government which expired in March 2015, DEL in conjunction with the Department of Enterprise, Trade and Investment were tasked with producing an economic inactivity strategy. The production of this strategy was, according to Baker, comprehensive. Both departments commissioned extensive research and undertook widespread engagement with providers, businesses and other departments resulting in the production of ‘Enabling Success.’

The new strategy focuses on three groups: individuals with work limiting conditions or disabilities, lone parents and individuals with caring commitments. Recognising that economic inactivity is an intergenerational problem that has affected Northern Ireland for decades, the strategy has developed long-term targets due for delivery in 2030, with an interim goal of contributing towards an employment rate in Northern Ireland of 70 per cent by 2020. These targets are supported by a small number of objectives:

•   reducing the levels of economic inactivity due to work limiting health conditions or disabilities by a 25 per cent reduction in Employment Support Allowance claims by 2030;

•   reducing the levels of economic inactivity due to family commitments by 25 per cent reduction in lone parents and carers claiming income support;

•   establishing a baseline for the numbers moving from work into economic inactivity due to health related issues by 2017;

•   reducing by 20 per cent the number of new claims to health related social security benefits by 2030.

The key focus of the strategy is to help people into employment as opposed to moving people from economic inactivity into unemployment. Speaking about the reason for identifying the three groups Baker acknowledged that the government can’t do everything simultaneously but believes the groups identified are those “who could benefit from additional support to enter the labour market.”

Discussing the intended delivery of the strategy, Baker claimed it would target support on 64,000 people in receipt of Disability Living Allowance or those with some kind of illness or disability preventing them from working, and people in receipt of income support and those on low incomes. Participation in the strategy would be voluntary for the individuals concerned.

The strategy will comprise six themes, broken down into 11 specific projects. Time has been spent focusing on the milestones and outcomes of each theme and project. Baker is confident that the department realises what it has to do, working with partners across a number of areas, engaging with voluntary and community organisations and people on the ground, working with employers and incentivising them to take on people who are economically inactive, working with the health and social care sector on dealing with issues around mental health and promoting a culture of health.

However, despite the publication of this strategy and its endorsement by the Executive, Baker confirmed that due to budgetary pressures at present the department has no money currently available to allocate to this strategy. “It was approved in April but coincided with a massive cut in the department’s budget,” said Baker. “It is a strategy in waiting and will be played into deliberations by the Executive in its next programme for government. We have costed the strategy at about £56 million over the first five years so we know what we are asking for but we also have to remember this will be a long-term strategy that will require further investment other time.”