Northern Ireland has recorded its highest ever levels of electricity consumption from renewables, well above the 40 per cent target set for the end of 2020.

The 47.7 per cent of total electricity consumption generated from renewable sources for the year between July 2019 and June 2020 is the highest on record and is 3.6 per cent above the 2018-2019 record breaking figure.

April, May and June recorded the lowest monthly consumption volumes over the year and on record, reflecting the economic slowdown brought on by Covid-19.

A total of 7,505 GWh of total electricity was consumed in Northern Ireland for the 12-month period July 2019 to June 2020, 3,577 GWh was generated from renewable sources. 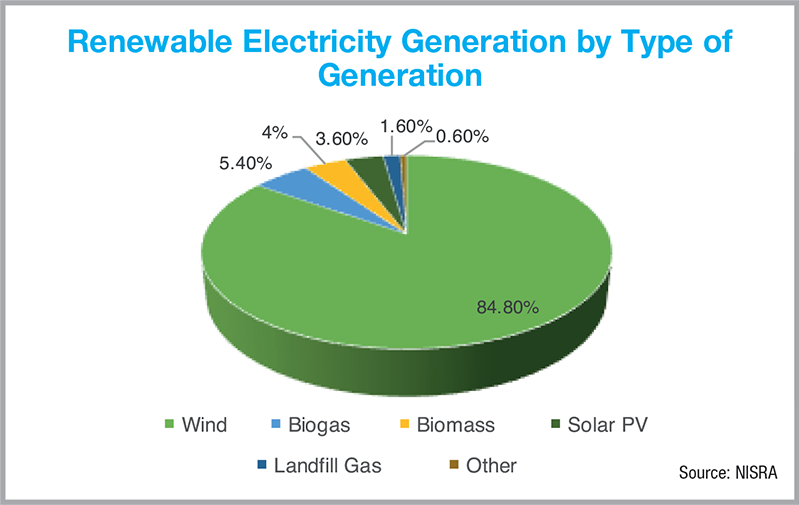