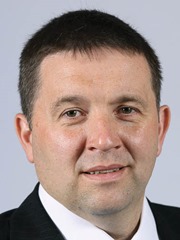 Robin Swann is the UUP’s MLA for North Antrim, having been elected to the Assembly in 2011. Robin chairs the Employment and Learning Committee and is married to Jennifer with two children. He is also the Ulster Unionist Chief Whip and a member of the Assembly and Executive Review Committee.

What first sparked your interest in politics?

I have been involved in voluntary and community organisations from a very young age, and it was through my participation in these, especially the Young Farmers Clubs’ of Ulster, that I realised the only way to bring about change and effect change was to be involved.

So it was during the time leading up to the Belfast Agreement I saw an opportunity to be part of, and effect that change for Northern Ireland. As a young person living in Northern Ireland who realised what this place has to offer, and how this opportunity was too valuable to be wasted, I thought I had a role to play.

What is unique about North Antrim?

My constituency is unique in many ways, including the breath-taking scenery from Slemish to the Giant’s Causeway, and it is that scenery which is now recognised around the world as a backdrop to the Game of Thrones: the little-known Dark Hedges is now a tourist destination.

The people of North Antrim are a unique blend of Gael, Planter and Dissenter and their character of determination and individuality is borne from that. It is that blend that makes it a pleasure for me to represent them, and their wit and sense of humour is oft-time truly unique.

North Antrim, although a large rural constituency, is fortunate to still have a significant manufacturing base, from Wrightbus in Ballymena to Bushmills Whiskey, but the loss of JTI/Gallaher will have a devastating blow, across the constituency.

It is well-known that I am what is now known as “vertically challenged” in politically correct speak, so I am always inspired by the underdog – that individual or organisation who is prepared to stand up for what they believe in, despite the size or force that is arrayed against them, as it takes a strength of character to stand up for your beliefs.

It was Churchill who said “Never, never, never, never, give up!” and it would be this sort of tenacity that inspires me When the odds are stacked against you, I’m inspired by the person who has that personal inner power to challenge.

What are your main priorities in the employment and learning brief?

After being appointed Chair of the Employment and Learning Committee, there have been a number of challenges, from the reduction to the department’s budget to difficulties in the European Social Fund.

The challenge that we have – and what I see as my priority – is to ensure that we have the building blocks in place to produce a skilled, motivated and protected workforce, and through this to ensure Northern Ireland is able to attract foreign and direct investment, with a skills and knowledge base that is the envy of the world, and a workforce that is empowered and productive. 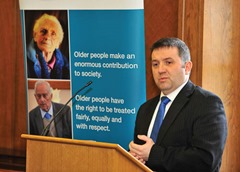 This brief has also a great responsibility to the voluntary and community sector and I hope to ensure that the department truly values and recognises this. It is not everyone who has the confidence or ability to walk through the doors of a further or higher education institution, but the personal skills that they receive through the dedicated work of many organisations is invaluable.

The committee is currently undertaking an inquiry into the provision of opportunity which will critically examine post-special educational needs provision in Northern Ireland, including consideration of the current policies, programmes and opportunities available for those with learning disabilities leaving education. The committee has agreed at this stage that, should legislation be necessary, the committee will bring it forward – which would be only the second time in the history of the Assembly that a committee has taken this step.

What do you count as your main political achievements?

At this stage, there are a few examples I could point to, of minor ‘wins’ in the form of a private member’s Bill being accepted by the Justice Minister before I had to move it, succeeding in gaining Assembly support for a number of private member’s bills, or the number of satisfied constituents from the support of my constituency office.

But the major achievement that I hold is one that is not finished but a fight that goes on, to ensure that children with congenital heart disease have the best medical services they can possibly have.

Shortly after I was elected, the Health Minister proposed the cessation of children’s heart surgery in Belfast and within a few weeks my son was diagnosed prenatally to have a congenital heart defect. Since then, I have been doing all I can to ensure the best service possible is available.

How you like to spend your time away from politics?

I have two children – a four-year old daughter Freya and a two-year old son Evan – and when away from politics and all that it entails, there is only one way I want to spend my time and that is with them. As a two-year old and a four-year old, they have an amazing talent in putting everything into persp