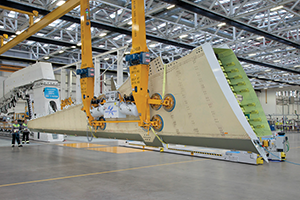 Northern Ireland’s Economic Advisory Group was established in 2010 by the then Minister for the Department for Enterprise, Trade and Investment (DETI), Arlene Foster. The role of the group is to provide independent advice to DETI aimed at challenging and developing public policy and thinking in Northern Ireland.

Since June 2015 the group has been chaired by Ellvena Graham, Chair of ESB and former head of Ulster Bank in Northern Ireland. Discussing the work of the group, Graham says its aim is simple, to make public policy the best it can be.

“I work with a really good group of people. We are not a lobby group but we do engage with DETI’s Minister and seek to inform policy,” she says. “We engage with other groups but that is not our main role and there is a good diverse range of skills and different perspectives within the group. We seek to inform the wider programme for government and are focused on areas such as economic competitiveness, access to finance and corporation tax.

“There is a significant body of work around access to finance because Northern Ireland was and is different to the rest of the UK in regards to its banking structures and its companies are facing different issues around accessing finance.”

The group has been very active, in the last year alone they have made 13 recommendations which are now in the process of being implemented. Having worked on the contentious issue of corporation tax since 2011, the Economic Advisory Group has been a strong supporter of the introduction of a devolved corporation tax and welcomed the news that an agreement on the issue had been reached in the ‘Fresh Start’ agreement.

The group’s focus on competitiveness saw it publish an in-depth report on Northern Ireland’s economic competiveness in 2013 with a follow up report due to be published this year. It is Graham’s hope that this new report will help form the next programme for government.

“The report is a snapshot of Northern Ireland as a region,” says Graham. “We are maturing as a region but there are definitely some important signposts. The idea of the scorecard is to give us a relative performance against a range of countries using 200 indicators. It shows whether our policies drive growth or not. The idea is they should create the essential conditions for the sectors to flourish. It is based upon a scorecard produced in the Republic of Ireland but has been amended to be specific to Northern Ireland.”

The report highlights how Northern Ireland looks compared to how it looked in 2010. According to Graham, whilst the country has made some positive movement, in some areas we have been left behind. Of all the factors in the report, Graham believes that productivity is the most important as good productivity equals higher levels of output for lower levels of input.

However, the report shows that the Republic of Ireland and the rest of the United Kingdom are well ahead of Northern Ireland in this regard. In terms of productivity, Northern Ireland has declined slightly and it is now ranked 14th out of 28 and 23rd for productivity growth rates. “Nobody thinks that this is where we would want to be,” says Graham. “If you look at us against the rest of the UK, and the UK is by no means the poster child, we are only slightly better than last place Wales. We are not going backwards, we are just simply not going forwards quickly enough.”

Explaining the reasoning behind this apparent stall, Graham identifies that as agriculture plays such a large part in Northern Ireland’s economy, its present difficulties help drag the rest of the region. “Some sectors, like manufacturing, are doing very well,” says Graham. “But in some of the sectors, small numbers are employed in small entities. We have a lot of small farms. Real estate had a huge boom in 2007 and it has now fallen down. If you look at where we sit now, compared to five years ago, we have made some relative improvements in sectors like ICT and there are some good signs coming out of this. Having said that, I think the overriding message is we have an awful lot still to do.”

With almost two thirds of the countries that we benchmark ourselves against performing better than us what does it mean for Northern Ireland on a global stage? According to Graham, if performance continues along these lines it will significantly erode our international competitiveness. “We talk about corporation tax and bringing in other companies but if we keep being so uncompetitive and having our productivity so much weaker than the rest of the UK we will never attract these companies.

“Our challenge is to stall and reverse the decline. We can and we should see some increases in skills and education. We need to maintain and enhance what we are doing in research and development and we are moving forward just not moving forward quickly enough.”

Having diagnosed the problem, Graham is now determined to rectify it. “For me anyway, the economic advisory group is just at the beginning of its work here,” she says. “We really have a lot of data that is telling us we have a problem, the key question now is what should we do about it. What we are intending to do is create some cluster groups to look at these things. Rather than trying to tackle the whole lot at once, we need to come up with some clusters and some very defined clear areas. I think if we keep going the way we are we will just end up falling further and further behind.