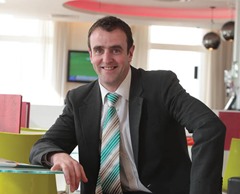 The Local Government Bill, designed to reduce the number of councils from 26 to 11, has been presented to the Assembly by Environment Minister Mark H Durkan. It passed its second stage by 64 votes to 12.

Durkan described the Bill as a “necessary and highly desirable step” in developing the capacity of local government. He added: “The greater freedom that councils will have under the Bill will, of course, place additional responsibilities on elected members and officers.” Elections for the new councils are due to be held on 22 May 2014, alongside the European polls, with the councils being formally constituted on 1 April 2015. The timetable depends on the progress of the Bill through the Assembly. The reforms were due to be implemented in 2011 but were suspended in 2010 after the Executive failed to reach agreement on the changes.

The UUP, NI21 and Jim Allister voted against the Bill. Their main objections cover financial support for the new councils and whether an 11-council model will be sufficiently local.

The Bill, as it stands, will not require councillors to declare any relationship with a political donor when considering a planning application. The declaration of interests is best practice in England, Scotland and Wales.

Green Party MLA Steven Agnew warned against the potential for applicants to “buy decisions” when councillors received planning powers. Agnew added: “We need as many checks and balances as possible and a public list of political donations would let everyone see who was funding who.”