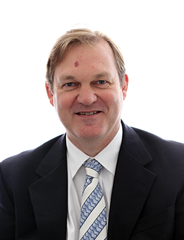 The Northern Ireland Environment Agency (NIEA) has a new Chief Executive after Terry A’Hearn was appointed. A’Hearn is a former Acting CEO of Environment Protection Agency Victoria (in Australia). He replaces John McMillen.

Environment Minister Alex Attwood said that he believed that A’Hearn “can help make the NIEA strong on the environment and strong on working with farmers, businesses and others for work opportunities in a time of growing worklessness.”

A’Hearn worked for the environment agency in Victoria for 17 years in a range of executive and senior management roles before joining environmental consultancy firm WSP Environment and Energy.

Based in London for the past two years, he advised government agencies on policy and regulatory reform as well as advising UK clients on climate change and sustainability.

A’Hearn, an Australian, is a member of both the Australian Institute of Public Administration and the UK Institute of Directors. He takes up the position in mid- November.

To make the Department of the Environment a leading economic department, Attwood said: “We need to recognise first that our built and natural heritage can be major tourist attractions, and secondly, to develop them in such a way that not only protects but creates many more jobs than currently exist.”