The Independent Financial Review Panel (IFRP) has announced changes to MLA expenses that will take effect following the Assembly election in May. 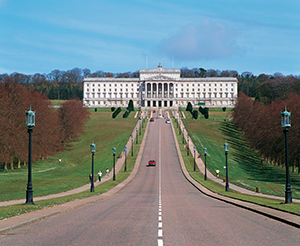 An independent panel has announced significant changes to the Stormont Assembly’s salaries and expenses system that will be in place throughout the next parliamentary term.

The Independent Financial Review Panel (IFRP) is capable of making determinations with regards to salaries and allowances payable to MLAs. Once a determination has been reached it is implemented by the Assembly Commission and the Secretariat and once issued, MLAs have no right of appeal.

Previously, MLAs could claim an expenses entitlement of £67,161 for total office costs but these changes will see that system scrapped with new limits on rents and staff salaries introduced. Under the new rules a member may claim a maximum annual rent of £8,500 for constituency office expenditure while rates reimbursement on such premises will be capped at £3,400 per annum. The maximum amount of rent a member can claim is further reduced if the member shares the office with another MLA, MP or MEP.

If the office is rented from a person associated with, or member of, a political party members will not be able to reclaim expenses for rents and rates. MLAs will also be restricted on how they can brand their offices, with a ban on attempts to portray them as party advice centres in place.

Controversy has long surrounded the hiring of family members by MLAs but these changes will ensure that MLAs are only allowed to employ one close relative going forward. Each MLA will be able to claim £50,000 per annum for the employment of two full time equivalent support staff. Members will also be able to claim the costs of employers’ national insurance and employers’ pension contributions. Local councillors employed by MLAs must work only on behalf of the MLA and not on any council work in their role as a councillor while working in the office.

The current mileage system is also set to change to a fixed cost based on the distance of the member’s constituency to Stormont and the member’s attendance at Parliament Buildings. To qualify for a full allowance members need to attend Parliament Buildings at least 72 days a year. If a member is not recorded in attendance 72 days of the year this expense will be reduced by 1 per cent for each day below 72 he or she does not attend.

The IFRB estimates that these decisions will amount to savings of between £1.5 and £2 million over the course of the next assembly mandate.