The Fourth Industrial Revolution, or Industry 4.0, is the term for the ongoing process of automation of traditional manufacturing and industrial practices through the use of smart technology.

Industry 4.0 takes what was started in the Third Industrial Revolution through the introduction of semiconductors, mainframe computing, personal computing, and the internet, and brings these technologies to the next level by enhancing them with smart and autonomous systems dependent upon data and machine learning. A key difference from Industry 3.0 to 4.0 is that while computing was introduced by 3.0, computers now have the power to connect, communicate and make decisions largely without human involvement.

Cyber-physical streams, the Internet of Things and the Internet of Systems all combine to make Industry 4.0 and futuristic ideas such as the smart factory possible. It is the network of machines that connect digitally in an environment such as smart factories that create and share information in real time that is the true power of Industry 4.0.

Industry 4.0 and its real time information gathering allows companies to quickly diagnose issues and set about repairing them; one example cited by McKinsey and Co is that of an African gold mine whose sensors identified an issue with oxygen levels during the leaching process. Once fixed, the mine’s yield increased by 3.7 per cent, saving them $20 million annually.

Connected supply chains allow for the adjustment and accommodation of issues when new information is presented quickly across the system. For example, should weather conditions delay a shipment, the system can communicate this along the chain and modify manufacturing priorities. 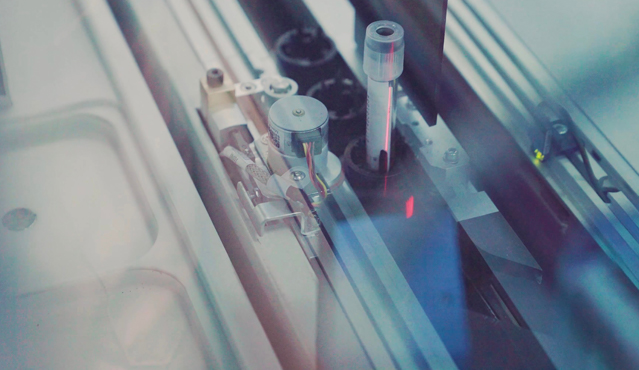 Shipping yards around the world have now started deploying autonomous cranes and trucks to streamline operations. These cranes include features such as anti-collision, zoning, and remote configuration technologies. These features are aided by artificial intelligence, machine learning, and compute vision, meaning that the crane cycle is handled automatically, with the operator only acting when required. Operators in control rooms can operate several cranes from one room via onboard cameras and a remote control station.

Robotics have now become much more prevalent in operations such as shipping and warehousing as part of Industry 4.0. Autonomous robots are now no longer an oddity as they move around the warehouses of companies such as Amazon. The robots in Amazon facilities cover the ground that human employees had previously been required to do by carrying empty shelving units to the employees, who now remain stationary. Once the robot’s shelving unit is full, an employee presses a button on the robot, prompting it to move to a different area of the warehouse, where the items it carries are unloaded for dispatch by other employees. Amazon estimates that these robots allow the company to store 40 per cent more inventory in their warehouses.

Other technologies such as additive manufacturing (otherwise known as 3D printing) and the Internet of Things and the cloud have also been critical to the development of Industry 4.0, allowing for manufacturing and data use to be revolutionised. The movements specific to manufacturing might be of most interest in Northern Ireland, given the region’s reliance on the sector as an economic force, especially in areas such as Mid Ulster and Derry City and Strabane.

On top of the possibilities unlocked by data-collecting sensor, advanced analytics will also greatly impact product development. Through the use of online configurations and purchasing data, manufacturers will be able to identify options that customers are willing to pay a premium for. Such techniques are said to greatly reduce production costs and development time, with companies reporting gross margin improvements of 30 per cent within 24 months.

“Digital-to-physical transfers such as 3D printing will also play a large role in manufacturing under Industry 4.0. The American car manufacturer Local Motors builds its cars almost entirely through 3D printing, with design crowdsourced from an online community. New models are built from scratch in a year, compared to an industry average of six years.”

Human-machine interfaces, such as the picking technology that utilises augmented reality developed by Knapp AG, will also become prevalent in manufacturing. In such technologies, pickers wear a headset that presents vital information on a see-through display which helps them locate items more quickly and precisely. With both hands free, the employees can build stronger and more efficient pallets. An integrated camera also captures serial and lot ID numbers, allowing for real time stock tracking. Error rates are reported to have fallen by 40 per cent where these technologies are used.

Digital-to-physical transfers such as 3D printing will also play a large role in manufacturing under Industry 4.0. The American car manufacturer Local Motors builds its cars almost entirely through 3D printing, with design crowdsourced from an online community. New models are built from scratch in a year, compared to an industry average of six years. Vauxhall and General Motors, while still bending metal, have also begun to use 3D printing and rapid prototyping as a means of minimising time to market.

The rollout of 5G, which will allow for online speed previously exclusive to WiFi and other stationary hubs, will accelerate the progress being facilitated by Industry 4.0. Research also suggests that further embracing of Industry 4.0 could be key to recovery from the Covid-19 pandemic. A McKinsey survey of manufacturing and supply-chain professionals found that 93 per cent planned to focus on supply chain resilience and 90 per cent planned to invest in digitisation as part of their plans to recover post-pandemic.

One notable expectation with Industry 4.0 is that planning will transition away from its current siloed nature – demand forecasting, supply planning, production planning, logistics planning, and sales and operations planning – towards a more integrated autonomous planning model. Autonomous planning relies on artificial intelligence, machine learning, internal data and external datasets from suppliers, customers, weather forecasters, demographic sources and broader economic indicators to create an image of future demand. In these Brexit- and Covid-threatened times, such clarity and informed decision making will be needed.