Minister for the Department for Communities, Deirdre Hargey MLA, discusses her plans to tackle the significant challenges facing the housing system, including the revitalisation of the Housing Executive and the development of a housing supply strategy.

Outlining that legislative and structural transformation is needed to address housing need in Northern Ireland, the Minister sets out her “ultimate ambition” to ensure that every household in Northern Ireland has access to “good quality, affordable and sustainable housing, which is appropriate to meet its needs”.

Offering a context of the long-standing investment challenges which exist, the Minister points to 2018 analysis which put the cost of maintaining standards of Housing Executive stock over the next 30 years at £7.1 billion.

“More than two years have passed since that analysis. The current situation is most certainly worse, and the scale of investment is even greater,” she states. “It is clear that the Housing Executive, as it is currently structured, cannot afford to fund the investment required. Neither can the Executive, as this would require funding to be diverted from other services which we all depend on.”

The Minister moots some other “equally undesirable options” in the form of diverting the Department’s resources to build new social homes or a reduction in Housing Executive stock by 40,000 homes, both of which she says will result in increasing levels of housing stress.

“None of these options are acceptable to me. That is why I am seeking an alternative way forward which will provide the Housing Executive with the freedom to borrow without scoring against public expenditure,” she explains.

Outlining her vision for the Housing Executive as a sustainable landlord to maintain and provide good quality and affordable social homes to those in need of them, the Minister says that she is committed to “co-designing viable options for change” alongside tenants, communities, staff, and their representatives.

“Mutual and cooperative designation are some of the options to be considered, however, my priority will be to retain the value of the Housing Executive model. I want to give full consideration to the options that limit change as far as possible,” she states.

Hargey indicates that revitalisation will not be focused on the Housing Executive’s landlord function alone. Stressing that it is important to reflect on the Housing Executive’s role as the regional housing authority, responsible for functions including assessment of need, management of the common waiting list and the geographical distribution of new social builds, the Minister outlines her view that the organisation must remain accountable to a publicly appointed board, with oversight from an Executive Minister.

Under plans set out by the Minister, a comprehensive review of the Housing Executive’s rental structure is to be conducted, a commitment previously set out in the New Decade, New Approach agreement. The review will be focused on delivering social rent levels which are affordable for tenants, while at the same time being financially sustainable for the landlord, according to Hargey.

Hargey says that the recent UK Budget announcement, which included an exemption for the Housing Executive from paying corporation tax, registers as an important contribution to her plans to revitalise the organisation. Additionally, she has tasked officials to explore options for the removal of historic debt alongside colleagues in the Department of Finance and with the British Government.

“I believe the targets for social housing build are far too low and I am keen to gain sufficient budget, as well as introducing policy changes to increase the capacity of the Social Housing Development Programme and to deliver more homes where they are most needed.”

Returning to the issue of social housing stock protection and a reduction in levels of housing stress, the Minister identifies a conflict in policies between capital investment and discounted sales.

“Over the past few years, we have invested an average £100 million of capital in building around 1,800 new social homes. However, each year we have sold an average of 483 homes under the Right to Buy scheme at a discount of up to £24,000. This is a discount the public have funded, and we clearly have policies that are in direct conflict with one another.

“I will make sure that we have a suite of options to ensure community stability and enable everybody to buy a family home, if they wish, but this must not reduce the supply of social housing that we are striving to increase.”

Hargey outlines her intention to launch a consultation on the future of the Housing Executive House Sales Scheme, building on legislation passed by the Northern Ireland Assembly in June 2020 which will see the end of the house sales scheme for housing associations in August 2022. This, she says, will address the need to do more to protect the social housing stock.

On building plans, she says: “I believe the targets for social housing build are far too low and I am keen to gain sufficient budget, as well as introducing policy changes to increase the capacity of the Social Housing Development Programme and to deliver more homes where they are most needed.”

Included in these plans, the Minister sets out an intention to:

“I want to revitalise our social housing to make it work better and to make sure that there is a lot more of it,” the Minister states.

Highlighting her understanding that housing stress is not a challenge for the social housing sector alone, Hargey says that the private rented sectors, now of a similar size to the social sector but containing twice as many families with children, was one of the Department’s most urgent areas of intervention as the pandemic broke. The Minister says that development of the Private Tenancies (Coronavirus Modifications) Act (Northern Ireland) 2020 helped focus attention on the vulnerability of tens of thousands of families and hundreds of thousands of people living in private rentals.

“I will bring forward legislation to the Assembly that will improve the safety, security and quality of the private rental sector,” the Minister states. “Four weeks is far too short a time for anyone to be asked to leave their home and to find a suitable new house, which is affordable. My department previously consulted on extending the notice to quit to eight weeks, but it is my view that it should be a lot longer.” Suggesting her preferred notice period is for six months, the Minister adds: “I am looking to see what is possible given the limits of our legislation.”

On rents, the Minister acknowledges that tenants in the private rental sector often face the highest rents and often get the least value for their money. “I accept that landlords run businesses, but I will not let them exploit tenants, especially given that so much of the rent that they receive comes from the taxpayers,” the Minister says.

“It does not matter if you rent a social house or from a private landlord, I will bring forward protections to ensure that your rent is fair and secures you a good home.” 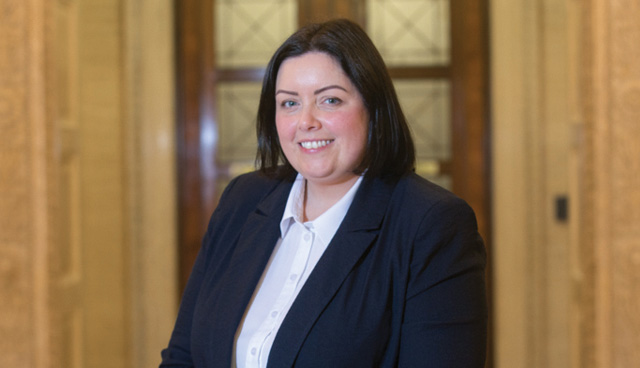 “My department previously consulted on extending the notice to quit to eight weeks, but it is my view that it should be a lot longer.”

Hargey emphasises her intention to continue to help people into home ownership if it is their choice to do so. The pandemic has had a recognisable impact on mortgage availability, not least because of the introduction of stricter lending criteria by banks. To this end, the Minister says that she allocated some £13 million of additional funding for the co-ownership scheme. Additionally, she signals an intention to expand intermediate housing options, recognising that intermediate rent homes can be a stepping stone to low-cost homeownership for some or can provide better, more affordable solutions for others.

The Minister says that she aims to ensure that a choice will not have to made between private renter supports and social housing investment by maximising the potential of new funding streams such as financial transactions capital (FTC) loan funding.

“I will use FTC to deliver additional housing options, focusing capital grants on building more social homes and in parallel to protecting and enhancing our social hosing, improve the situation for those private renters and deliver more intermediate housing options,” the Minister summarises.

Setting out the prioritisation of actions to improve the response to homelessness, Hargey says that the Department’s future homelessness policy will build in the lessons learnt in response to the pandemic and will include the roll out of an interdependent homelessness action plan which will continue to support the Housing Executive to deliver its statutory responsibility for responding to homelessness.

Highlighting that her department does not have responsibility for the whole housing market, Hargey says that the recognition that housing is an integrated system and that the challenges facing the increase in supply of social and intermediate housing are the same as those effecting housing supply more broadly, are the reasoning behind the development of a new Housing Supply Strategy.

The Department for Communities is leading on the strategy’s development which will look at whole-system issues which act as a barrier to supply but will also give consideration to wider issues around quality, sustainability, and affordability in the context of changing demographic and household formation trends.

“The Strategy will align with the Executive’s energy and green growth strategies and, in doing so, will provide the long-term basis for sustaining improvements across the entire housing market but with a specific focus on equality and on increasing housing supply and housing options for those in greatest housing need,” the Minister explains.

Summarising her approach to a lengthy list of challenges in the housing sector, the Minister concludes: “Equality and rights are the basis of my approach and you can’t get more basic than the right to a home.” 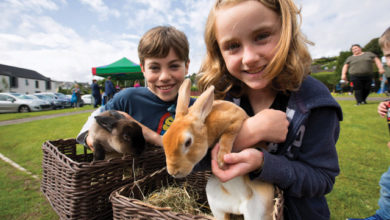