Following the publication of the latest quarterly statistics relating to incidents and crimes motivated by hate, agendaNi reviews the findings.

Since 2006/07 homophobic motivated incidents have generally increased year on year. The figures for the 12 months to September 2015 (339 incidents and 212 crimes) are showing an increase of five incidents and three crimes on the 2014/15 levels and are the highest levels recorded since the data series began in 2004/05.

In the 12 months to 30 September 2015, there were 339 incidents recorded where there was homophobic motivation. Of these 339 incidents, there were 148 which did not contain a crime. The remaining 191 incidents contained one or more crimes (amounting to 212 recorded crimes in total). 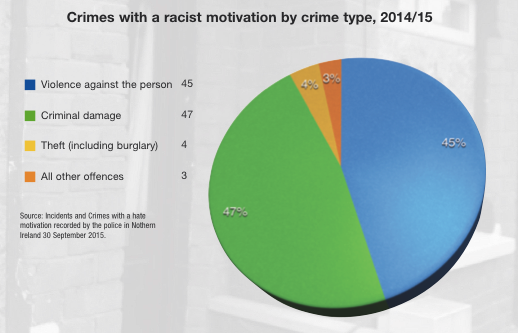 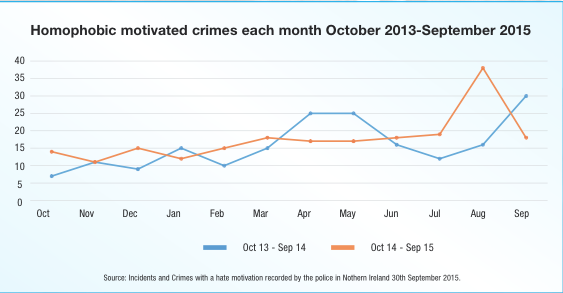