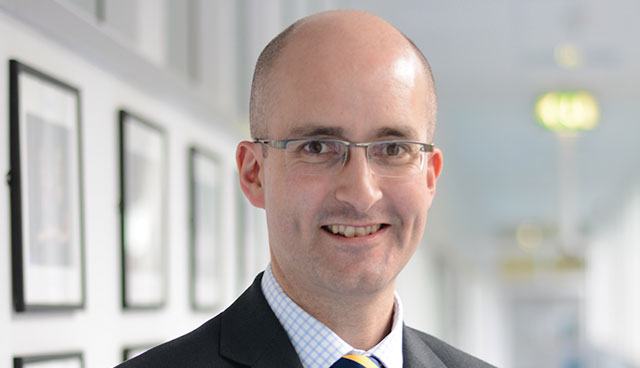 Few could deny that the outcome of the EU referendum of 23 June 2016 represented the biggest shock to the political establishment in the UK and across Europe for decades. For some the decision to leave the EU represents the shattering of the post-war European dream; for others it signals a period of unbridled freedom and opportunity.

In their joint letter to the Prime Minister on 10 August 2016 the then First Minister Arlene Foster and deputy First Minister Martin McGuinness highlighted a number of issues of particular significance to Northern Ireland in the forthcoming negotiations including potential threats to the frictionless movement of people, goods and services across the Irish border, trade links with EU member states, energy supplies, EU funded programmes and the local agri-food sector.

The university sector was not mentioned specifically in the joint letter, but it is clear that for Higher Education in Northern Ireland there is much at stake from Brexit. HEIs in Northern Ireland, as elsewhere in the UK, are world-class and are therefore attractive to international students and staff. In particular there is a significant level of collaboration between HEIs in Northern Ireland and the rest of the EU facilitated by the free movement of students and staff, membership of prestigious EU research programmes, and membership of Erasmus+ which funds student and staff mobility across EU member states.

Stranmillis University College was established in 1922 ‘to provide teacher training for Northern Ireland’. In 2017 Teacher Education remains its core mission with its oversubscribed B.Ed. and PGCE programmes and growing Masters portfolio, but the mission of the College now extends beyond teacher education and far beyond Northern Ireland. Following in the footsteps of travelling medieval scholars like Thomas Aquinas and Erasmus, on average around 30 per cent of our undergraduate students take advantage of the EU’s Erasmus+ programme to spend a semester in one of 30 partner institutions across Europe, just as I did myself over 20 years ago during my PGCE, when I taught for three months in a Hauptschule in the beautiful German city of Paderborn, an experience which yielded invaluable cultural and linguistic benefits that I was later to pass on to my own pupils. There are further benefits to our local education system today as one of our students outlined this year following their placement in Sweden: “Working in an unfamiliar environment where the majority of conversation took place in a foreign language has helped me to develop a much better understanding of how newcomer children must feel in our classrooms.”

In terms of research, Stranmillis has recently been successful in securing over €290,000 to lead a two-year EU schools research project on cyberbullying, working with some of Europe’s top researchers in the field from Berlin, Bologna, Amsterdam and London. And of course this represents only a tiny fraction of the €8.8 billion that the UK received in EU research funding from 2007-2013. Little surprise therefore that the UK research community voted overwhelmingly in favour of remaining in the EU.

Given the potential educational, financial, cultural, linguistic and scientific benefits, there is a compelling argument for HEIs here in Northern Ireland as elsewhere in the UK to retain access to the EU research and staff/student mobility frameworks. Perhaps the simplest option would be for us to pay a direct contribution to the EU to continue to participate in these programmes (as Switzerland and Norway currently do), or failing that, for the UK government to establish parallel programmes which could link in with existing EU programmes. As the House of Commons Education Committee Report on Exiting the EU: challenges and opportunities for higher education published in April 2017 recommended: “The Government should prioritise continued access to Horizon 2020 and other EU research funding after the UK’s exit, and negotiate access to future EU funding programmes. The Government should also make a contingency plan for investing the same level of funding it received from the EU domestically in a scenario where access cannot be negotiated.” While negotiations continue, however, for now at least we can but see through a glass, darkly.