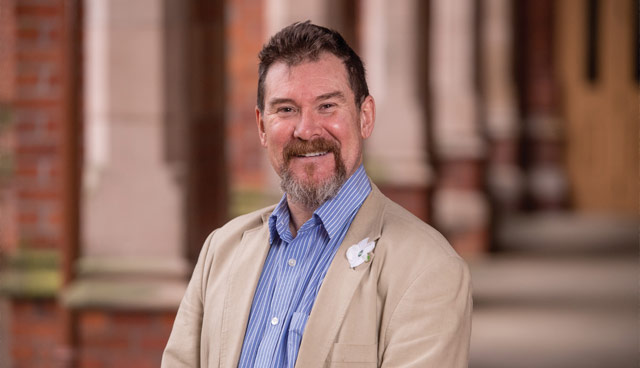 Professor of Green Political Economy at Queen’s University Belfast, John Barry, argues that the lack of specific climate change legislation for Northern Ireland is a serious impediment for the region’s transition to a climate resilient economy and low carbon society.

Climate change, or rather climate breakdown as we now ought to term it, is rarely out of the headlines. Whether it’s the devastating flooding we saw locally here in the North West, the raging and deadly bushfires in California or the recent Intergovernmental Panel on Climate Change 1.5 degree report with media coverage of 12 years to save the climate’, climate breakdown is a semi-permanent feature of our public consciousness. Yet, another characteristic of climate breakdown is how this constant media coverage and growing scientific evidence about the need to urgently begin our transition away from carbon energy in particular, is not reflected in political or policy debates. And Northern Ireland is no different. Brexit and the legacy of the Troubles probably occupy more political and policy resources than recognising and combatting climate breakdown.

For example, while Northern Ireland is under the rubric of the 2008 Climate Change Act, we lack specific climate change legislation (in large part because of the opposition of the DUP and powerful groups such as the UFU). This is a serious impediment for the region making a successful transition to a climate resilient economy and low carbon society.

In 2015, the then Environment Minister (Mark H Durkan) published a consultation on the introduction of a Northern Ireland Climate Change Bill in 2015, which would include targets of the 80 per cent reduction by 2050 in line with UK legislation and establishing a Northern Ireland Committee on Climate Change (similar to the UK Committee on Climate Change). There, 74 per cent of those who replied agreed that specific Northern Ireland climate change legislation was needed. And those who were in the minority were largely drawn from the DUP and large farming bodies. As DUP MP Sammy Wilson colourfully (and characteristically) put his rejection: the Assembly should not pander “to mostly well off green zealots” by introducing a “disastrous” policy. Apart from not having bespoke devolved climate legislation (as well as not having an independent Environmental Protection Agency), our Climate Change Adaptation Programme was published in January 2014 and is therefore out of date and needs updating.

Climate breakdown has a risk and cost on businesses, communities, geographical areas, specific industries such as tourism and fishing can often be more vulnerable to climate impacts. The latest UK Climate Change Projections (UKCP09) predict that Northern Ireland will experience warmer, wetter winters and hotter, drier summers by the 2050s, with extreme weather becoming more frequent.

Differing from the rest of the UK, and more in line with the Republic of Ireland, agricultural based GHG emissions make up the largest portion of the emissions portfolio for Northern Ireland. Northern Ireland’s largest sources of emissions in 2015 were from agriculture (29 per cent), transport (21 per cent) and energy supply (19 per cent). Like the Republic of Ireland, the agricultural and agri-food sector is a major cause of GHG emissions (and unsurprisingly enough was the sector most opposed to a Northern Ireland Climate Change Act). For Northern Ireland to effectively tackle climate breakdown this means restructuring the agri-food sector to reduce our problematic nitrates dependence and the need to reduce methane emissions from beef. The latter is vital given that methane is a more potent GHG by over 20-fold than carbon dioxide.

A recent QUB study, of which I was a team member, entitled ‘The Climate-Energy-Food Security Nexus’, which conducted interviews and workshops with key NI agri-food stakeholders, found the following:

As one of the interviewees put it in this report, and which pithily summarises some of the challenges we face in relation to food, energy and climate breakdown, “I think this island is bonkers. We export 80 per cent of the food we produce and we import 90 per cent of all the energy we consume”. This report went on to suggest recommendations for transforming the agri-food system in Northern Ireland. These recommendations included, a shift to non-intensive farming methods and local supply chains; the diversification of the farm sector to promote greater resilience to environmental and economic shocks; the development of district combined heat and power (CHP) fuelled by indigenous biomass crops and agroforestry wastes, to enhance regional energy security, encourage farm diversification and sequester carbon.

Towards a just energy transition for Northern Ireland

The flip side of climate breakdown is the transition from a fossil fuel-based energy system and economy to a low carbon and renewable energy based one. While we can talk about adaptation responses to climate breakdown without reference to this energy transition, this cannot be the case in terms of climate mitigation. But it is not enough for this transition to happen, it should also be done in a manner in which the costs and benefits are fairly distributed, ‘no one is left behind’ and the most vulnerable in society are not adversely affected. In other words, the energy transition and other elements of transforming other sectors, especially agri-food, should be a ‘just transition’. The just transition policy framing posits that the decarbonisation of the energy system requires investment and innovation in growing the low carbon system (which includes but goes beyond energy and electricity production, distribution and consumption, but includes, inter alia, the food, housing, transportation systems). It also requires explicit recognition of the planned retirement and decommissioning of the carbon energy system. But in ways and over time, that does not unfairly or unjustly impact on workers, communities and vulnerable sections of the population.

The ‘just transition’ policy strategy to climate is not only recognised in the preamble to the Paris 2015 Climate Change agreement, but is growing as an inclusive, realistic and positive approach to tackling climate breakdown. For example, Scotland in September this year established a ‘Just Transition Commission’, and one has recently been proposed for the Republic of Ireland by the Green Party, while the Spanish Government has committed €250 million to compensate, retrain and offer early retirement to displaced workers and communities in a deal to close most of its coal mines by the end of this year.

“For Northern Ireland to effectively tackle climate breakdown this means restructuring the agri-food sector to reduce our problematic nitrates dependence and the need to reduce methane emissions from beef.”

All of these could serve as models for Northern Ireland, so we can address climate breakdown and the various transformations in different sectors and areas of our lives connected to creating a low carbon Northern Ireland economy and society. The just transition approach has been supported and promoted by trade unions, businesses, climate advocates and environmentalists as a way to ensure climate policies include economic and especially employment considerations and also that any low carbon transition prioritises well paid, decent employment in the new green economy. It proposes bringing together workers, trades unions, communities, employers, and government in social dialogue to formulate and drive plans, policies, and investments (and divestments) needed for a fast and fair transition to a low-carbon economy.

On the island of Ireland groups from Engineers Ireland to trades unions such as SIPTU, Unite and Impact, Friends of the Earth and some political parties, have all called for a ‘just transition’. While the absence of a Northern Ireland government (and as suggested above, specific Northern Ireland climate legislation) does (as with other policy issues) reduce the high-level political leadership this transition requires, there is plenty of opportunity for the Department for the Economy’s Energy Division, under the able civil service leadership of Joe Reynolds (profiled in October’s agendaNi) to begin the ground work for establishing a local and bespoke Northern Ireland just transition strategy. This could be done by linking other government strategies around promoting the circular economy and growing the local skills basis and above all, making this low carbon just transition the flagship of a Northern Ireland regional industrial strategy.

The regrettable fact of having no devolved Executive is not an excuse for us to delay pressing ahead. Addressing climate breakdown, the existential crisis of the modern age, is after all much more pressing than political party breakdown.