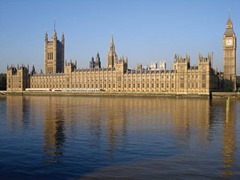 One of the least predictable UK general elections since 1945 will take place on Thursday, 7 May, with 18 seats to be contested in Northern Ireland. Parliament was dissolved on 30 March and will be summoned again on Monday, 18 May, thus allowing for ten days to form the next government.

In the outgoing Parliament, Northern Ireland was represented by eight DUP MPs, five from Sinn Féin, three from the SDLP, Alliance’s Naomi Long and independent unionist Lady Sylvia Hermon. As well as aiming for seats, all parties will be seeking to build up support in advance of next May’s Assembly election.

The UUP and DUP will stand aside for each other’s candidates in four constituencies. The DUP’s Nigel Dodds and Gavin Robinson will contest North Belfast and East Belfast – the party’s prime target seat – respectively. UUP candidate Tom Elliott will run in Fermanagh and South Tyrone with his party colleague Danny Kennedy contesting Newry and Armagh.

Sinn Féin, the SDLP and the Alliance Party will contest all 18 constituencies. SDLP leader Alasdair McDonnell is defending South Belfast against an open field of candidates. Sinn Féin stood aside in 2010 but will be running former Lord Mayor Máirtín Ó Muilleoir this time round.

East Belfast will be a vital battleground for the Alliance Party with Naomi Long fighting for re-election. Long unseated Peter Robinson by 1,533 votes in one of the last general election’s most significant upsets.

Sylvia Hermon is expected to run again in North Down, where she had a commanding lead (14,364) five years ago. The UUP will not oppose her as it considers Hermon to be an Ulster Unionist “in spirit”.

Sinn Féin’s Conor Murphy is standing down in Newry and Armagh with a view to returning to the Assembly. The party is hoping that Mickey Brady will succeed him as MP and is also preparing to secure Michelle Gildernew’s seat in Fermanagh and South Tyrone.

Her previous four-vote majority was the narrowest in the UK.

The new House of Commons will consist of 650 MPs. The DUP and UUP are open to working with either the Conservatives or Labour while the SDLP will back Labour. Alliance maintains that it will give a strong voice to centre-ground voters from Northern Ireland. Sinn Féin’s abstention can indirectly influence the overall result as it reduces the number of sitting MPs and therefore the threshold required to gain a majority. This stood at 323 MPs in 2010.

Much of the national media attention has focused on potential breakthroughs for the SNP in Scotland and UKIP and the Green Party in England, thus affecting the main parties’ performance.

UK-wide turnout in 2010 was 65.1 per cent, up from 61.4 per cent five years previously. Northern Ireland’s turnout, though, decreased from 62.5 per cent in 57.6 per cent between those two elections. Counting will take place overnight and the first results are expected late in the evening of 7 May.