On Tuesday 8 June, new DUP leader Edwin Poots announced a shake-up of the DUP’s ministerial portfolios.
Poots had been expected to form his own team even before the extent of the split within the party became evident.

In May, the announcement made by Arlene Foster MLA that she would resign as First Minister if and when Poots announced his reshuffle of her hand-picked team somewhat restricted her successor’s options. Foster’s resignation would trigger a seven-day period in which a First Minister and deputy First Minister must be agreed and appointed, otherwise a snap general election would be required.

That would increase the likelihood of Sinn Féin applying pressure to Poots to implement previously agreed legislation, not least an Irish language Act alongside further potential concessions.

While Poots is still likely to have to have some difficult discussions with his political opponents, he appears to have chosen smoother path, negotiating that Foster remain in post until Monday 14 June, enabling the former leader to attend the British-Irish Council in her home county of Fermanagh, while also announcing his new team.

Poots has opted to personally retain the environment, agriculture and rural affairs portfolio but has replaced all three other DUP members on the Executive.

Outgoing ministers Diane Dodds MLA and Peter Weir MLA wished their successors well after Poots announced his new team, however, both also stressed that the party remains deeply divided. Weir said that it was “regrettable” that the new team “does not match the rhetoric about healing and bringing the party together”, while Dodds voiced her dejection that there “is little sign of healing or reaching out”. 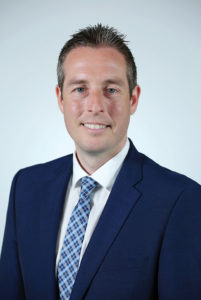 Lagan Valley MLA Paul Givan was identified as a potential successor to Foster shortly after it was revealed that new party Leader Edwin Poots was to opt against taking up the post himself. Givan is a long-term ally of Poots, having entered politics as a researcher for long-standing MLA as a teenager. He went on to act as special advisor to Poots in both his culture, arts and leisure portfolio and his environment portfolio, while also serving as a councillor on the then Lisburn City Council since 2005.

He entered the Assembly in 2010, a co-option for the Westminster-bound Jeffrey Donaldson MP and six years later he was a surprise selection for Minister of Communities but held the post for less than a year before Stormont’s collapse. While the fall of the devolved institutions can be blamed on a range of issues, not least the RHI scandal, Martin McGuinness’s decision to resign came just days after Givan as Communities Minister had issued a controversial decision to cut funding for a small Irish language bursary scheme in December 2016. The decision was eventually reversed but by then interparty relations were at their nadir.

Givan has been aligned to his party’s right-wing. A Free Presbyterian, he has fought against the liberalisation of abortion laws in Northern Ireland and earlier this year he brought forward a Private Member’s Bill to amend the new laws to prevent abortions in cases of non-fatal disabilities.

If agreement is reached with Sinn Féin, Givan will become the youngest person to hold the First Minister post at age 39. 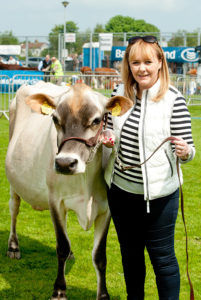 An MLA for Strangford, Michelle McIlveen is a former teacher of history and politics. She was first elected in 2007 and has previously sat on and chaired the Education Committee. McIlveen has held two separate ministerial portfolios as Regional Development Minister from 2015 to 2016 and later, as Agriculture, Environment and Rural Affairs Minister until Stormont’s collapse in 2017. 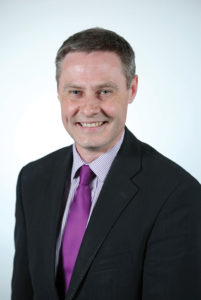 Like Paul Givan, Paul Frew was also linked to the First Minister’s post, however Poots has instead opted to name him as Diane Dodds’ replacement as Economy Minister. Frew has been rewarded for his management of Poots’ successful leadership election campaign in which rival Jeffrey Donaldson MP was defeated. He originally put his name forward for the position of deputy leader but withdrew it late into the contest.

Frew, originally from Kellswater, near Kells, now lives in Broughshane and is a qualified electrician and former Sunday school teacher. 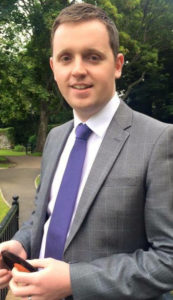 Gary Middleton has been appointed to take the place of Gordon Lyons MLA, the Junior Minister appointed by Arlene Foster. The Foyle MLA served as acting Junior Minister between February and March 2021, when Lyons was deployed to the agriculture portfolio while Edwin Poots received medical treatment.

Middleton was co-opted to the Assembly in 2015 after a career in local government, including as Deputy Mayor of Derry City Council in 2011. Before his temporary switch to the Executive Office, Middleton’s highest portfolio to date has been as Deputy Chair of the Health Committee.

Edwin Poots has also made a number of changes to the party’s Assembly committee composition, including appointing: